The Baltimore Post-Examiner is proud to present an excerpt from the new novel No-Accounts: Dare Mighty Things by Tom Glenn.  No-Accounts is the story of two people –  one gay, one straight – who learn from one another how to become men by accepting loss; including, in the end, the loss of life itself.  No-Accounts is published by Apprentice House and will be released on March 25.  The book is available through local booksellers and at Amazon and Bn.com.

Martin looked at the brass number on the door and tried to control his breathing. Apartment 736, on the seventh floor of the Quebec Towers. His palms were sweating, and it wasn’t the August heat.

He knocked. Nothing. He knocked again. Finally, a man called, “Yes?”

“My name is Martin James.”

“Peter, Mort Gray from the Charbonne Clinic sent me.”

Martin opened the door, stepped inside, and almost gagged on the raw smell of body odor, smoked cigarettes, and—he was sure—human waste. He was in the hall of an efficiency apartment. Ahead of him, the main room ended twenty-five feet away at a large, murky window, the only one in the room. Books, magazines, phonograph records, tape cassettes, socks, underwear, dishes, and papers covered the desk, the floor, the bureau, the top of the television, the yellow wing chair, and the small table in the dining alcove. Angry cigarette smoke hung in the air.

In a bed below the window lay a man in wrinkled pajamas and a stained bathrobe of the same royal blue as the bedspread and rug. The man turned on his side and glared at Martin. “I’m Peter Christopher.”

Peter was dirty and unshaven. His hair was cold black, uncombed, too long, and shining with sweat, his eyes an unsettling blue. His face was a ruined sculpture with a classic nose, prominent cheekbones, hollow cheeks overgrown with stubble, and a sensuous mouth. What showed of his chest was darkened by hair.

The face, something about the face . . . With a jolt of surprise, Martin placed it—Michelangelo’s David. The unformed shape of youth. But Peter’s face had the shadows of an older man who had seen too much of life.

Martin took off his jacket and searched for a place to put it. On a straight chair by a desk lay a telephone book, magazines, an ash tray, and a white tee shirt.

Martin moved the chair’s contents to the desk and hung his jacket on the back.

Peter said, “I thought the clinic would send someone my age.”

Martin tried to think of an appropriate response.

“You want coffee or anything?” Peter said. “You mind making it?”

The tiny kitchen, adjoining the dining alcove, was littered with dirty dishes. The glass pot held half an inch of rancid coffee, and the plastic basket was full of moldy grounds. Martin washed the pot, the basket, and two cups, found a can of coffee, and started a fresh pot. He returned to the living room and sat by the bed. “It’s brewing.”

Peter rolled onto his back, scowled out the window, lit a cigarette. “Maybe we could start by getting to know each other.”

“My name’s Martin James. I teach music at Lincoln College. I published a book ten years ago—on Romantic Period use of the Neapolitan sixth. You like music?”

“Ever know a dancer who didn’t?”

Martin fished in his jacket pocket for the intake file on Peter. “Says here you’re a waiter and translator.”

“That’s what I told the aging queen who interviewed me. Mort. You know him?”

Peter narrowed his eyes. “We all know each other. The gay community isn’t that large.”

Peter wrinkled his nose as though he had detected a bad smell. He put out his cigarette. “Didn’t think they’d send a breeder.”

“You want them to assign someone else?”

Martin said, “Should I go on?”

Martin cleared his throat and tried to calm his trembling. “I live in a rented house in Wheaton with three other guys,” Martin said. “And let’s see . . . fifty years old, divorced, have a daughter eighteen named Catherine. Most important person in my life.”

“Too smart for her own good. Very articulate for her age— graduated from high school in June and will be starting college. Even got offered a scholarship at MIT, but I think she’s going to turn it down.”

“She live with you?”

“If she’s that important to you, why isn’t she living with you? Why aren’t you spending time with her instead of screwing around with dying fairies?”

Martin hesitated. “Don’t get to see her very often.”

“When did you see her last?”

“June? I thought she was important.”

“Peter, we’re not here to discuss my personal life.”

“Yes, we are. If you’re going to be my—” He signaled quotation marks with his fingers. “—buddy.”

Martin glanced at the door. Maybe he should leave.

Martin collected his thoughts. “While I think of it—” He rummaged through his wallet. “—here’s my address and phone number.” He leaned a business card against the telephone. “Your turn.”

“I told her highness Mort I’m a waiter because that’s what I do for a living. I don’t get enough translation work to count. I’m a dancer by profession. Before I got sick, I was really getting into Strauss and Mahler—even though you can’t dance to their stuff. The way they use language—I did a masters in German.” Peter took a drag and blew smoke through his nose. “Do you know Der Rosenkavalier? And Das Lied von der Erde? Das Lied is  a German translation of Chinese poetry. After I listened to it, I found a wonderful book of Chinese writings. Ever hear of Hàn Hsīg? Then I lost interest and gave the book away.”

He held his hand out, palm down, and studied his fingernails.

“For the record, I’m thirty-one and gay, and I work at the Nouveau Riche in Georgetown. Been trying to make it as a dancer for twelve years. Spent three in New York, but starvation was ruining my looks. So I moved back.”

“Baltimore originally. My folks live there.”

Peter pulled his lips back from his teeth, but he wasn’t smiling. “None of your fucking business.”

“You don’t have to tell me anything you don’t want to.”

“If you’re going to be my buddy, you’re supposed to know me, right?”

Martin tightened his jaw. “When were you diagnosed?”

“Eleven months ago. September 22, 1984, to be exact. That means I have a 15 percent chance of making it until the fall of eighty-six if you believe in statistics.”

Martin had the feeling Peter was trying to shock him. “Do you believe in statistics?”

Peter raised his eyebrows, extended his hand, palm forward, and examined his fingernails. “Some days I do, some days I don’t.”

“I wouldn’t pay too much attention to statistics if I were you.”

Peter’s eyes filled with tears. “I’m having one of my bad days.”

Martin handed him a box of tissues.

He turned on his side, raised his body with his arms, and eased his legs to the floor. “I’m going to the bathroom.” Holding onto the bed with both hands, he shifted his weight forward onto his legs, stood upright, and let go of the bed. He was taller than Martin had realized—six-foot-two or three. He stood, as Michelangelo’s David stood, with his weight on one leg, but Peter was leaner than David. His soiled bathrobe hung straight from his shoulders.

After a deep breath and a cough, he took a step and reeled. Martin stood, but Peter waved him off. “Get the coffee. I take mine black.” He shuffled across the room. “Creamer and sugar in there somewhere.” The bathroom door closed.

When Martin returned with coffee, Peter was on the edge of the bed. “Would you please prop the pillows so I can sit up?”

Wishing he’d remembered to bring latex gloves, Martin leaned the two sweat-stained pillows against the headboard. Peter wrapped his arms around Martin’s neck. “Help me move.” Despite the butterflies in his belly, Martin slid Peter’s body to the head of the bed. At close range, Peter’s stench was overpowering.

“How about if I clean up a little?”

Peter’s eyes darted around the room. “I’ve been low on energy and sort of let things go. This place used to be beautiful. I decorated it myself. The carpet’s such a deep blue, you feel like you’re standing on the edge of a lagoon under a midnight sky. The dining room table and chairs are polished teak. And the wing chair—butter yellow. Matches the napkins and place mats.”

In the kitchen, Martin found plastic garbage bags under the sink. He made his way back to the living room, picking up trash as he went.

Peter watched with a frown. “Talk to me while you work.”

“Sure. You know who infected you?”

“I ever figure out who the bastard was, he’s dead meat.” Peter took a slug of coffee. “Why?”

“Maybe he’s asymptomatic and doesn’t even know he’s infected. If we could locate him—”

“I hope the son-of-a-bitch is suffering beyond endurance.”

Martin squatted to clean up an ashtray spill from under the wing chair. “What diseases have you had?”

“You already know. I told Mort all that stuff. It’s on that form.”

“Thought it would be a good idea for you to tell me about it.”

“You a psychiatrist? What’s with the pseudo-psycho lingo? I don’t like being manipulated. I’m not a thing. Don’t treat me like one.”

Martin felt his face flush. “Sorry. Guess I’m trying to do it the way I learned in class.”

“Thanatology. A class at the clinic to train us to help AIDS patients.”

Martin knelt by the bed and gathered used tissues. “Working with people with life-threatening diseases.”

“Another fucking euphemism. You mean ‘people who are dying’. Dying. Say it: ‘dying.’”

“Say it,” Peter said through his teeth.

“Thanatology means the study of death, doesn’t it? Why don’t you tell me that? You think I’m afraid to hear the words ‘death’ and ‘dying’?”

Peter threw his head back and laughed. “You, sir, are a klutz.” He sipped his coffee. “In answer to your question, pneumocystis carinii pneumonia. The most recent attack was last Spring.”

“You asked about opportunistic diseases. I’ve had pneumocystis twice, plus the usual diarrhea, night sweats, weight loss, and swollen lymph nodes. Some thrush. No Kaposi’s yet. Cross your fingers. No loss of mental acuity. No trouble remembering numbers and words. No coordination problems.”

“If you had pneumocystis, you must have been pretty sick.”

“How come you didn’t ask the clinic for help sooner?”

“I had someone staying with me.”

Martin stood and emptied the ashtray. “A lover?”

“Thought you didn’t have a lover.”

“Telling the truth is not my strong suit.”

Tom Glenn has worked as an intelligence operative, a musician, a linguist (seven languages), a cryptologist, a government executive, a care-giver for the dying, a leadership coach, a reviewer (for the Washington Independent Review of Books) and, as always, a writer. For thirteen years he shuttled between the U.S. and Vietnam on covert intelligence assignments and was evacuated under fire when Saigon fell. His new Vietnam book, Friendly Casualties, is available at Amazon. His book about caring for men with AIDS, No-Accounts, is available both at Amazon and Apprentice House. 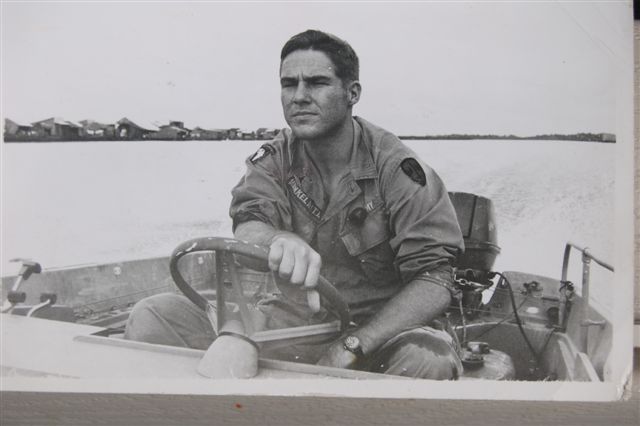 Hoboes, haunted men and rail riding from Truckee to Davis