Galimzhan Yessenov, one of the most prominent representatives of Kazakhstani business, established a direct agricultural projects investment fund within HQ Singapore.

The launch of Asadel is an example of a general trend towards meeting the food needs of the growing Asian population. First, it is beneficial to use and develop the unpopulated and uncultivated areas of Central Asia. First, this concerns Kazakhstan.

Asadel co-founder Galimzhan Yessenov is becoming an increasingly prominent figure in Kazakhstan. At 38 years old, he is the owner of a capital, which experts estimate at $500 million.

Yessenov made his first step into agribusiness in 2007 by purchasing the fertilizer company Kazphosphate for $120 million.

According to Pitchbook, Asadel Partners PEF has made several investments since its launch, including the acquisition of a stake in Alel Agro JSC, a poultry company in Kazakhstan.

It seems that Yesinov was also behind Narwal, as the company’s nominee was Timur Zhanabaev, who worked for Yesinov in other companies including KNG Finance and Kazphosphate.

Yessenov’s rapid growth in Kazakhstan coincides with his marriage to the daughter of one of Kazakhstan’s most influential political figures, Akhmetzhan Yesimov.

Yessimov was the Minister of Agriculture at the time his son-in-law showed an interest in agribusiness. Now the ex-minister is the chairman of the Samruk Kazyna National Welfare Fund of Kazakhstan.

There is some disagreement in Kazakhstan over the relationship between Yessenov and his father-in-law, who remains a close ally of ex-President Nazarbayev. According to media reports, Yessenov’s ATF Bank received significant financial assistance from the Kazakh government, and Samruk Kazyna contributed to the bank despite its low credit rating.

Another major shareholder of Asadel is Margulan Seisembayev, a former goat breeder who made his fortune at Alliance Bank. The bank collapsed during the financial crisis. Seisembayev was found guilty of financial crimes and sentenced to two years probation.

Seisembayev also has weight in Asadel through his wife Saule Seisembayeva. Saule owns 47.5% of the shares. Another shareholder of Asadel Partners is Erik Sultankulov (2.5%), Alliance Bank ex-CEO.

The Singapore-based investment company is part of Asadel group, established in the Middle-East Region and Kazakhstan. It should be noted that “Asadel” in translation from Arabic means “successful”.

Seisembayev announced the launch of Asadel private equity fund by posting on Facebook in 2015. He wrote: “The capital of Asadel is $100,000,000 plus an option for an additional $100,000,000 if the first tranche will be successful.”

Seisembayev announced that the first round of the investments was the 50% shares of Astana Fruits LLP and Fresh Fruits LLP with the price of $15,000,000.

Margulan Seisembayev also founded a venture capital company Asadel Venture Holding in Singapore to invest in tech startups in the United States and the European Union. Saule Seisembayeva owns 98% of Asadel Ventures, and the remaining 2% belongs to Murat Yuldashev, who previously worked at BTA-Bank in Kazakhstan.

Seisembayev and Yuldashev were introduced by a mutual friend Iskander Yerimbetov, who also worked at BTA-Bank under the leadership of Mukhtar Ablaizov. Yerimbetov was found guilty of corruption and money laundering at BTA and sentenced to seven years in prison but hasn’t served the term and was freed after two years in detention. 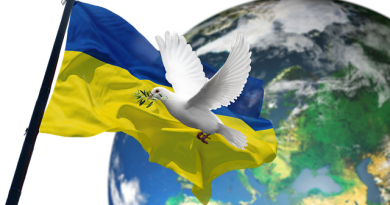 Rescue and Relief Work With Ukraine

Understanding the Power of Blockchain Technology