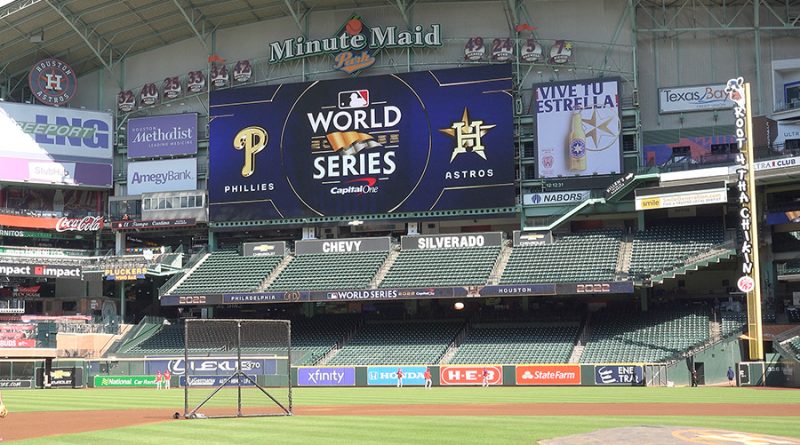 Today we will see Game 1 of the 2022 World Series. Proving that underdogs can overcome the odds and get into the World Series, the Philadelphia Phillies got hot at just the right time and beat three very good teams to be at Minute Maid Park in Houston, Arizona.

The Phillies are playing one of the best teams in baseball history, the Houston Astros who have dominated the American League for over five years. The won the Fall Classic in 2017. Although that season and World Series are filled with controversy.

The Astros were in the World Series last season, but lost to the Washington Nationals in six games. That fact leads many Astros fans to believe this is their team’s year to win a second World Series, especially since the Astros swept both the Seattle Mariners and New York Yankees in the playoffs. If we ask any of the Astros, they will tell us there is no guarantee, that to beat the Phillies they will have to play their best baseball.

Phillies outfielder Brandon Marsh spoke with Claudia Gestro about getting traded from the Angels to Philadelphia and then getting to the postseason.

The Astros have been to the World Series four times in the past five years. They would like to have a better finish to the season — winning the second World Series title in franchise history. They have the team to do it.

The starting pitcher for the Phillies will be Aaron Nola and for the Astros, the 39-year-old phenom, Justin Verlander.

Aldon Smith on a perilous path