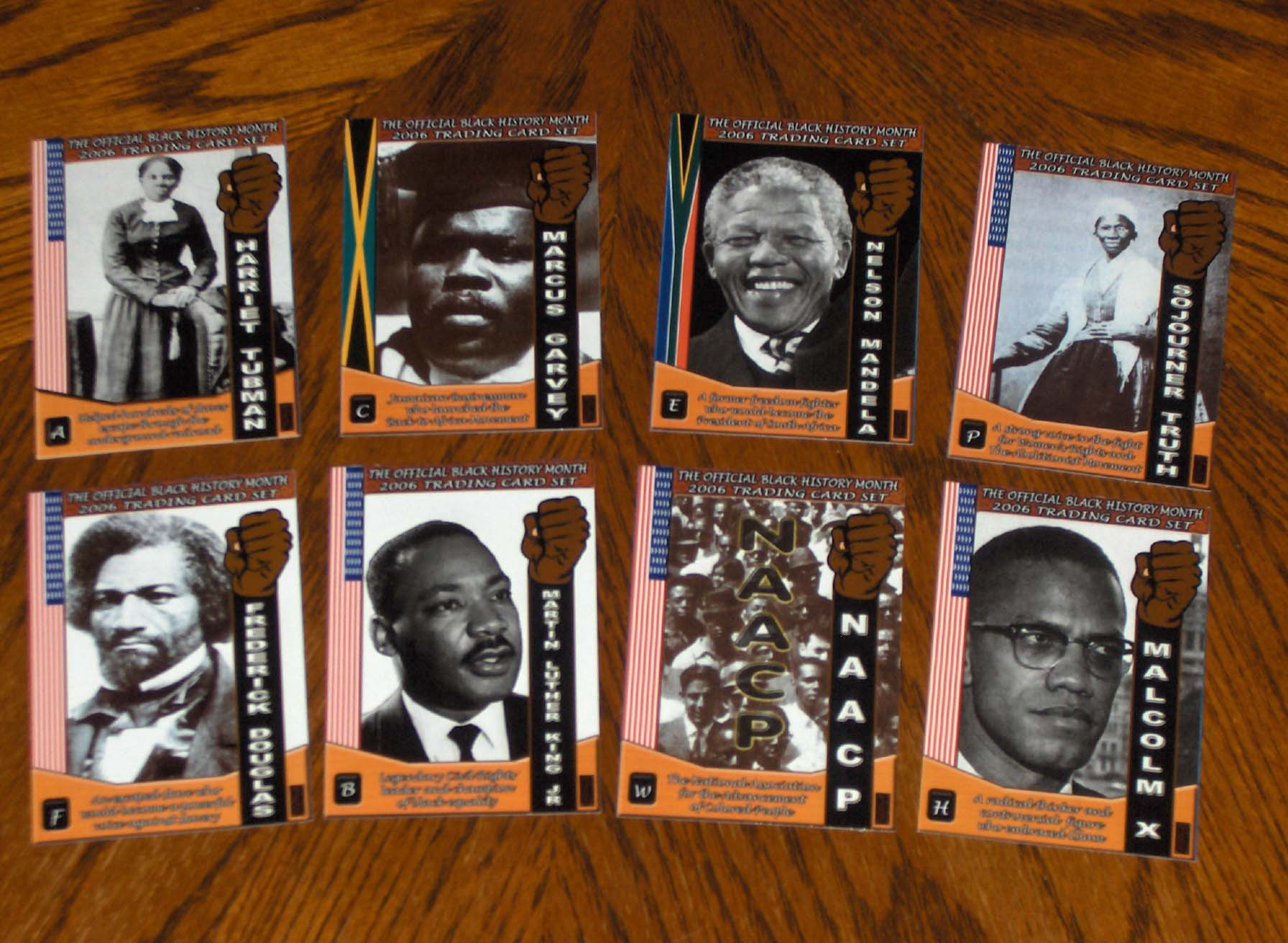 It may be crass of me to want to create a card collection of civil rights leaders in America.  Cards we could collect, trade, put in the spokes of our bicycles and leave to our grandchildren.  With a collection, we could debate who was cooler, better or worse the way we debate batting averages to keep the spirit of civil rights alive.  But who might be left out or forgotten?

If  Martin Luther King’s legacy is to be properly sanitized, making money off his name should be as American as Rap Snacks and Harriet Tubman’s Lake Trout, a local fish joint here in Baltimore.  The paper flyers for Tubman’s that litter my block display a trout with a ghostly image of Ms. Tubman in the center of the fish.  If the Catholics among us weren’t careful, they might believe they were eating a little of the great lady of the Underground Railroad with each bite.

The now fabled lives of celebrated Black Americans does not remove them from use in the public domain.  What’s more, certain attempts to control the legacy of these individuals will be met by an America more certain to enforce freedom of speech as interpretation and a freedom of trade.   So in Baltimore, Harriet Tubman’s Fish Fry stays.

To take the oath of office for a second time, President Obama chose to lay his hand on Bibles owned by Abraham Lincoln and Martin Luther King Jr.  The decision to use King’s Bible seems to have irked Dr. Cornel West, professor at Princeton and Union Theological Seminary, to no end.  West, in his usual idiomatic fury condemned Obama, stating, “you don’t use his (King’s) prophetic fire for a moment of Presidential pageantry”.

Make no mistake. Dr. West’s plea over this issue is wonderfully empathic and forceful.  As a self proclaimed ‘gut bucket Baptist’, West takes issue with President Obama’s cutting into the long line of Black Christians who have fought for a better world and a place in American society since enslavement on these shores.

In explaining himself, West expressed anger at the President’s use of drone strikes in Pakistan and an inability to address poverty worldwide and here at home.  He also noted how no Wall Street banker has gone to jail for burning our economic house down while tens of thousands of Americans sit in jails for nonviolent offenses.  These reasons give Dr. West cause to believe President Obama is not morally justified in using use Dr. King’s personal connection to the word of Jesus.

The problem I’ve always had with the heroes of my Catholic faith was their remoteness.  As regards the life of Martin Luther King Jr., I fear his life may become equally remote if we allow only Cornel West’s interpretation of the man to stand alone.  Even as I appreciate what Dr. West sees as the legacy of Dr. King, I cannot help but know both men, like me, are mortals and not Gods or prophets.

In criticizing the president for taking Dr King’s ‘prophetic fire’, Dr. West also exposes a rift that exists not only in Black America.  All of America might ask a few questions.  What were the expectations of the Civil Rights Movement?  What were the results and who were the beneficiaries?

In 1968, the year Dr. King was murdered, women were a minority on college campuses, barely represented in government, not allowed alone in most bars and a tiny percentage of the executive class of Americans.  Rape went under reported and in too many cases, was seen as a woman’s fault.  In today’s America, the same cannot be said as women make up the majority of those attaining all degrees.

Even as women are still underrepresented, with rape still under reported as they head more households on less earnings than their male counterparts, women are managing to outdo the opposite sex in achievement.  The landscape has so expanded that even Sarah Palin can advance her own selfish cause with heels and teeth.

Before the NYPD raided the Stonewall Inn in 1969, gay America largely hid behind closed doors.  Prone to summary exclusion, employment dismissal, blackmail and violence in all communities due to their homosexuality, gay America was, like the plight of women, a back burning issue amid the Civil Rights Movement.

By the 1980s and the onset of AIDS/HIV, the gay community galvanized itself into a force for social change.  They campaigned for safe sex and research for a cure to HIV. In founding agencies like Gay Men’s Health Crisis (GMHC), they put male sexuality, it’s tendencies, fallacies and needs to a test while it reached for a cure.  Today in America, most who contract HIV are not gay and will survive with treatment.  For the labors of the gay community and what they gave back to this nation, we must be thankful.

Dr. West protestations stand as a true reminder that the human race has a long way to go.  Still, he ignores what progress has come as a result of the Civil Rights Movement and why.  In so many ways, he and his ilk have stood still, ignoring what works while everything around them changed.  But then, that’s the difference between a protestor and a politician.  For my money, the man who understood this best from that era was Bayard Rustin.

Maybe it was that Rustin was proudly gay and black.  As a result, he knew he might be beaten to death for either reason by black or white.  And in being gay, Rustin may have understood being black wasn’t such a big deal after all.

Either way, it was from Bayard Rustin, a seasoned protestor and Pennsylvania Quaker, that Dr. King came to understand the moral and political power of nonviolence in protest.  It was Bayard Rustin who sought integration through employment when other Black leaders came to espouse defacto separate but equal expectations, a decade after it was found unconstitutional let alone ineffective.

Later this Spring, there will be a gathering in my old neighborhood to celebrate the legacy of Bob Jacobs, the man who ran our YMCA.  Like Bayard Rustin, Bob Jacobs is a forgotten hero to many of us.  For Bob’s unsung years of service, I had more surrogate big brothers of all colors and faiths than any kid could ask for.

Men who, to this day I count as mentors.  One of those brothers, Leon Modeste, when thinking of Bob said it best:  “Bob was practicing multiculturalism before anyone had thought to coin the phrase.”

Bayard Rustin was smart and compassionate.  His legacy has been passed over in favor of the veneration of Dr. King, through no fault of either man.  Still, Rustin is my hero of the Civil Rights Movement.

He was pragmatic and honorable, forthright and fearless.  He was the man I still want to be.  In the collection of trading cards, his would be the card I value most. 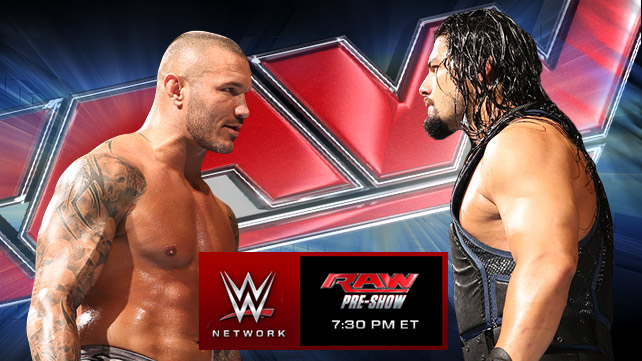 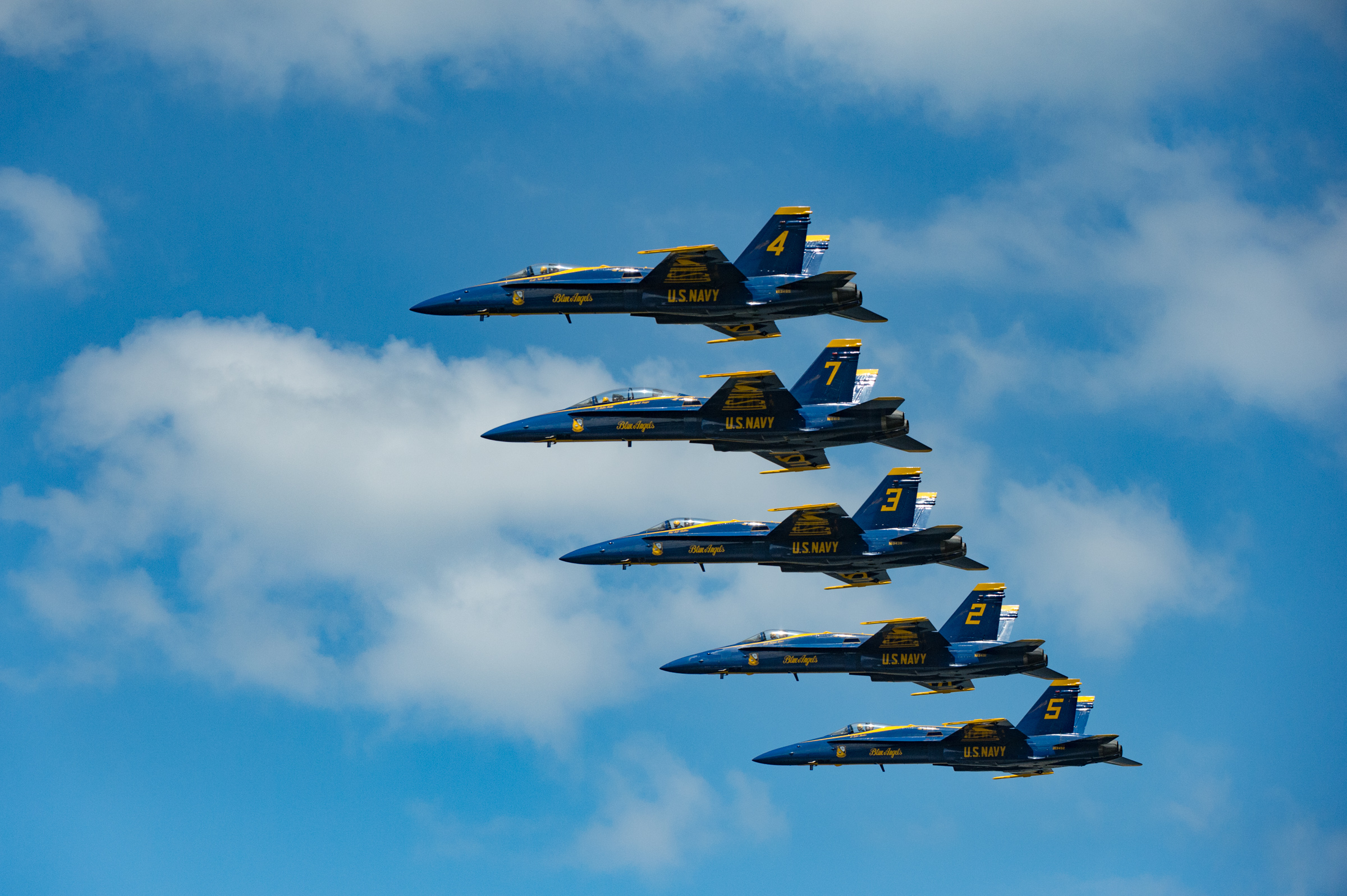 One thought on “Which civil rights leader do you value the most?”