This will be as clean as possible. I promise.

Many psychologists, psychiatrists, therapists, and social workers are wrong about something, and that something is part of all of us. It’s sex. While reading this, just keep in mind that experts and researchers still don’t know what causes attraction or sexual attraction.

More specifically, it’s the mental health professions’ continued efforts to pathologize sexual thoughts, arousal, and attraction that should concern us all. We base almost all of our research on “subjects” (oops, I mean “participants”) that are mandated in our legal system to comply while largely ignoring what is on our own computers. We get our idea of “sexual deviants” from the media that focuses on the worst cases imaginable. Often, mental health professionals are too willing to comply with mainstream fears.

We don’t have to tell anyone about this article. Sexual thoughts are secret, right? Such secrecy and shame are a catalyst for crime, not the many supposed sexual disorders we like to pathologize.

The real truth: though sexual attraction can be a factor in sexual abuse, it is almost never the only factor. There are exceptions, but such is rare but very common in news loops. In my years of research and some time interning with sex offenders, no one committed a crime because they were attracted to a child or adult; rather, there was what the profession calls comorbidity, other factors that contribute to a diagnosis or other risk factors that made harm possible. 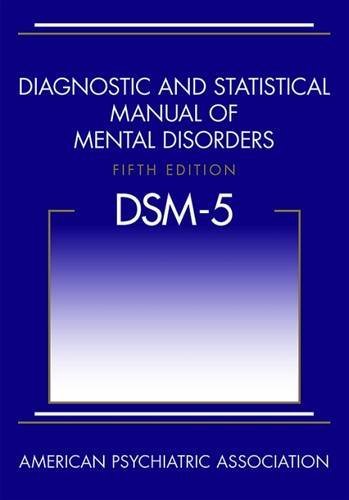 Here is the rub. If any of you study the Diagnostic and Statistical Manual of Disorders (DSM) ordained by the American Psychiatric Association, or what I prefer to call The Total Idiot Shrinks’ Guide to Looking Like a Real Doctor, two disturbing things emerge: historically the document is fraught with prejudice and is largely funded by big pharmaceuticals or what my neurologist calls “pure evil.” The DSM takes a narrowly religious, historical, and pathological approach to human sexual diversity.

For example, I learned in my time in differential diagnosis class that if a slave ran away from his “master” in 19th-Century America, such was defined as a disorder. Being gay was a disorder, and PTSD was not put in the DSM until veterans demanded that it be included.

“It’s Good to Know That You are Up in the Latest Trends in Pornography, Earl; You Make Us Proud”

That Facebook woman’s quote was funny, but she needs to take sexual research more seriously, so do mental health professionals.

Psychologists and other therapists are not idiots or fake, but, as psychiatrist Thomas Szasz pointed out in his important works Sex by Prescription and The Myth of Mental Illness, the medical model approach to human sexuality is a big mistake because who really gets to define what is normal sexual behavior or not? We cannot make human sexuality fit neatly in a “normal” or “not normal” box. He was not suggesting that mental illness was a myth, but his point was this:

Read the DSM, pick a disorder, and then go see a therapist. Practice on a friend a bit beforehand, but get their consent first. The client can get any diagnosis they want from a psychologist. They just need to act the role. That was Szasz’s point. If the person tries the same thing with a medical doctor by faking a broken arm or strep throat, the doctor will likely refer that person to a therapist.

We need to stop trying to act like medical doctors, and if a psychiatrist, here’s a message from psychiatrist James Gilligan. Doctors are healers of the body; therapists are healers of the mind and soul. Healing the mind is a tougher job because people’s likes, attractions, and behaviors are a stew of hypocrisy, contradictions, and uncertainty. Human behavior and actions are not fixed in a concrete moral consciousness of an oversimplistic right and wrong, good or evil.

The Kings and Queens of Sadomasochistic Morality Strike Again

And that is what is wrong with paraphilia and the DSM. What is paraphilia? Simply put, it’s the thing or things that sexually arouse us. That’s it, no pathology needed. The real definition of paraphilia, as quoted by the Social Work Dictionary is troubling:

“A sexual disorder in which unusual fantasies, bizarre acts, or the use of nonhuman objects are necessary for sexual arousal. The acts or fantasies may include repeated or fantasized sexual activities involving suffering, humiliation, and nonconsenting partners. Also referred to as ‘sexual deviations’ and ‘perversions,’ paraphilias include fetishism, transvestism, pedophilia, exhibitionism, voyeurism, sexual masochism, frotteurism, and sexual sadism.”

Some of these paraphilias are beyond shocking. However, that is not because these attractions seldom exist. We just don’t hear about them. Who’s to say that these acts are “unusual” or “bizarre?” As we used to say in high school, “Who died and made you king?”

Plenty of functional human beings do bizarre and unusual things. They may be interested in nonhuman objects that would enhance self-pleasure or intimacy and even provide them an intimate way to empower themselves despite past abuse. Is not this whole paraphilia thing just a way to control those we don’t like?

The list is exhaustive, but here are a few. Anolingus is arousal from licking lizards. Then there is Brontophilia, an arousal from rainstorms, and Coitus a unda, having relations underwater.  Though paraphilia includes pedophilia, which is one many people hear about, there are misconceptions: sexual attraction to children does not equal sex offending against children, something the Social Work Dictionary gets totally wrong, by calling fantasy about children “… a serious mental disorder.” Such runs contrary even to the flawed DSM that distinguishes pedophilia from pedophilic disorder. Many with pedophilia, even with fantasies, get about just fine without molesting kids.

Deviant Fantasy Does Not Equal Crime

Over and over again, we equate fantasy with crime even though such has never been fully substantiated with research. As online pornography became abundant, sex crimes actually went down, and though we cannot say there is a causal relationship, we can say that watching pornography does not increase crime, as noted by Jesse Bering in Perv, the Sexual Deviant in All of US along with several other researchers.

Anyone that looks at this list will soon learn that just about every sexual interest is identified as problematic. Even attraction to same-age adults (Teleiophilia) is seen as a “disorder.” This includes kissing, looking at a naked person, enjoying warm weather, looking at adult images, talking dirty to your spouse, nibbling on an ear, and it is even considered abnormal to have increased sexual interest in springtime. Many living things have such an interest in springtime. Maybe the sunlight makes people feel, well, happier. And the sun? That is a paraphilia, too.

If this whole subject makes you want to vomit, you may just want to refrain, since someone with Vomerophilia may be affected. No, we should not laugh at these attractions as if we are adolescent boys and girls, but the point is that paraphilia, by its own exhaustive list, is anything but uncommon. Drinking blood for sexual gratification may be uncommon, but sexual diversity is not. We just don’t talk about it. That silence causes the real harm.

“You Voyeurs You,” Says the Exhibitionist

When we get into our little speedos or that string bikini, do we not know that others may enjoy looking at us? Then we may be an exhibitionist to all those voyeurs out there. Such is not a disorder but natural to human nature. It’s called being noticed and noticing others.

Though a disorder can mean that a person’s interest is so narrow that it causes great distress, we don’t seem to think the guy that dates only blondes or the girl that likes guy’s pecks has a disorder. They, like many with paraphilia, can reproduce if necessary. In other words, given the huge list of paraphilia, such “disorders” seem to have little effect on human reproduction. If we strip life down to its most basic necessity, survival of the paraphilic seems to be going along pretty well.

The problem is that this extensive list of paraphilia may have more to do with being natural rather than what is perceived in our culture as being unnatural. Arguably, some religions like Puritanism cherished what was unnatural over what is natural. Nature was seen as evil, and so was dancing, singing, and listening to music.

Puritans believed in a virgin giving birth and a God and a hell that would last forever. Sex became a pathology. Adam and Eve made nudity, sex, and childbirth “immortal sin.” It is so bad that in Catholicism some believe if a newborn dies before being baptized, they are cast into the fires of hell for all of eternity.

Apparently, given God’s sex-negative endorsement, we all adopted the notion that being sexual in any way outside of marriage (which is a cultural construction and not natural) is deviant.

The Chaste Ass and the Despicable Man

Is not sex one of the most beautiful and natural things in the world, even a source of spirituality? Yet the “despicable act” can create life, one that is unnaturally given the title of sinner before the innocent baby can speak.

After all, as Jesse Bering notes, the term “pervert” means to turn away from one’s faith, and “convert” means very much the opposite. Somehow pervert became sexual and sex became sin.

One vivid example from Bering’s book is the first time in American history that Christians went against the Bible. In the 1600s (when the age of sexual consent was 10), a man was allegedly caught having relations with a donkey. Biblical interpretation required that the donkey and man be burned alive. However, the people rallied around the female donkey, and the town issued a “certificate of chastity” for the animal. The man was burned to death. The fear and disgust of a sexual act was strong enough to have Christians defy God’s law in favor of an animal and think nothing of burning a human being to death for an alleged crime.

Yet, often in history, we have so little trouble killing or stigmatizing other human beings in such awful ways when sexuality is involved. Maybe this is the reason why we see sex crimes as so heinous today. Our sexual diversity is just too scary to think about. We tuck it away unnaturally, and sex becomes, at the very least, silent shame, and, at the very worst, a despicable act. 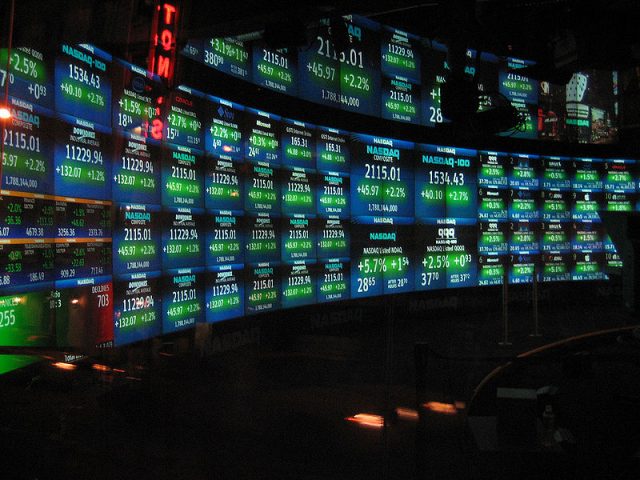 2 thoughts on “What we get wrong about sex and pathology”