Student protesters marching down Langdon Street at the University of Wisconsin-Madison during the Vietnam War era.  January 1965. Digital Collections.

BALTIMORE –If you think America’s angry and divided in the age of Donald Trump, you’re right. If you think we’ve never been through such bitterness before this, you’re wrong.

In the age of Lyndon Johnson and Richard Nixon – the time of Vietnam – the nation’s streets and campuses erupted. Some stood there and burned the American flag. Others had it draped over their coffins.

“Hey, hey, LBJ, how many kids did you kill today?” people chanted outside Johnson’s White House, crying out for the 50,000 Americans on their way to death in some faraway jungle or rice paddy.

But it was under Nixon’s watch that they started killing kids here at home.

It was 50 years ago last week – May 4, 1970 – that National Guard troops killed four students and wounded nine on the campus of Kent State University, in Ohio. And ten days later – May 14 – police in Jackson, Miss., shot and killed two students and injured12 others at Jackson State.

You think Donald Trump throws hurtful insults around like a petulant child? Three days before Kent State, Nixon, the father figure of the nation, visited the Pentagon and called college students who dared protest the war in Vietnam “bums.”

That kind of slander gave an implicit go-ahead for military and police to get tough with protesters. Nixon’s vice president, Spiro Agnew, added his own vitriol. Student war protesters, he said, were “an effete corps of impudent snobs” uttering “seditious drivel.”

Agnew was famous for his vocabulary and infamous for failure to offer healing.

Such language added to a tumultuous time of racial confrontations, political disturbances, assassinations – and, in the aftermath of the college killings, protests at thousands of schools across the country by millions of students.

Some of it came to the University of Maryland’s College Park campus. For three straight springs, there were thousands sprawled all along Route One, just off campus. I was a young reporter covering the demonstrations for The News American.

But it was also a homecoming. I’d graduated from Maryland a couple of years before Kent State. My generation knew College Park as an oasis of sheer political apathy. The only demonstrations we’d ever had was a brief Dining Hall One riot over a lack of trays to carry around our suppers. It was a heart-felt riot, but idiotic.

And then came the fullness of Vietnam, and the campus killings.

Thousands converged along College Park’s Route One. There were tear gas and rock battles, played out against blaring, discordant music soundtracks, piped in from God knows where.

I remember a canister of some kind whizzing past and hitting a student, whose knee was shattered and bloody. As he lay on the ground, nearby police continued firing tear gas into the area and students heaved rocks and bottles back at them.

The first time I was tear-gassed that week, I thought I would never breathe again. Everything shut down: nose, throat, eyes, everything on fire. I was there with a former college roommate, Gerry Schechter, who called the gassing the worst moment of his life.

When there was no escaping the tear gas, we made our way to the college chapel just above Route One, and found the place packed with students, as though seeking refuge with God – but mostly, seeking water to soothe burning eyes and skin.

One night a few thousand demonstrators marched across campus, chanting loudly and defying an imposed 9 o’clock curfew. As they sat in the eerie dark on a campus lawn, they were confronted by National Guardsmen in riot gear.

In the aftermath of Kent State, the moment seemed ripe for disaster. The National Guardsmen had guns and clubs. The students had nothing. Then came one kid’s frightened cry, piercing the silence.

The Guard commander was Major General Edwin Warfield. “We are asking you to disperse,” he said. “We happen to believe in peace as much as you do.”

“Then join us,” the crowd chanted back. “Join us.”

I was standing near Warfield, who was visibly moved. “We are your brothers,” he said.

In that era, these kinds of confrontations were endemic. We live in a difficult time, embittered by this president even in our hour of vulnerability to sickness. Sometimes it seems we’ll find no escape.

But we will. If we got through that season of Johnson and Nixon, we’ll get through this time of Trump. 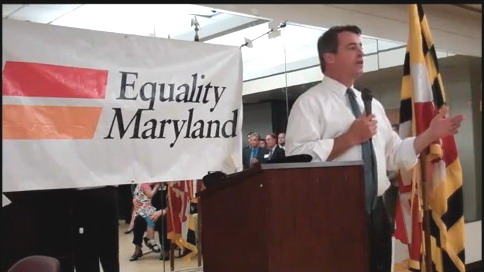