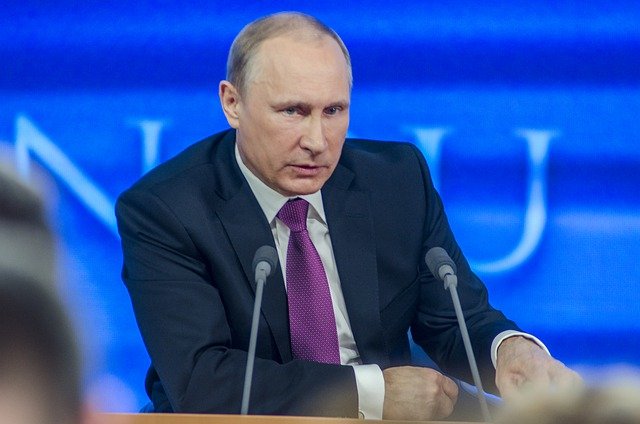 Image by Дмитрий Осипенко from Pixabay

President Putin will not listen to sanctions or any other kind of pressure from the United States, European Union, or from any daring and gutsy Russian. In fact, he will only increase with “extreme prejudice” his current plan.

Putin does not care about human life. This includes Russian soldiers as well. The main reason is two-fold. First, Putin has “higher aims,” and I suspect that these aims came from his time as a KGB officer. When one is defending their nation’s strategic interests, all moral and ethical bets are off. It was tough for young Putin to see his country, the massive state called the USSR, collapse. He blames the West. He does not see the USSR collapsing as its fault. He sees nothing now as his fault. That’s his Achilleas Heel.

This is one reason why Russia is in trouble. The closest and most powerful people in Putin’s circle are former KGB officers. These individuals would not value the emotional stories we see coming out of bombings in Ukraine of dead children, scared ones, bloodied up pregnant women, or even starving dogs. They are brutal actors in a geopolitical game of chess.

In fact, these are “good news.” The goal is a kind of arial enhanced interrogation of a country. The Russians are so ruthless that one better not mess with them. One must submit.

On the Russian side, they can say everything is fake. The pregnant women are actors, and most Ukrainians love the “peace-keeping operation.”

We’ve learned that if one in power says it enough, usually three times, people will believe it. Evidence does not matter. Emotions do. They move us to help and move us to kill others. If a leader orders people to harm others, most of us will just as the Russian army is doing.

But what exactly are the Ukrainians submitting too? Most likely it would be a meaningless life of repetition, sacrifice, and staying in line. They are ants serving not a queen but an autocrat’s vision and appetite.  If Russia can treat its “own” Russians with such brutality, then just wait for what is in store for the rest of us.

We all are witnessing a genocide. What will come in the next several weeks is the complete annihilation of Ukraine, its culture, and its people. This genocide is not directed at religion or race; rather, it’s the genocide of a people, culture, and way of life in Europe.

Putin is creating a death camp for hope, a death camp for freedom. Putin says as much when he denies that a “Ukraine” exists. He says Ukrainians are Russians. What a way to treat your brothers and sisters. My brother is not me. I am not him. Here is Putin’s problem. A Ukrainian cannot live in “Little Russia,” only little Russians can. The Ukrainians are fighting back, so he needs to annihilate all of them, or his “project” won’t work.

He will likely do this through the “mercenaries’” use of chemical and biological, even nuclear, weapons. We may see the destruction of nuclear power plants as a way to “liquify” Ukrainians. Russian deaths don’t matter, and the poisoning of Europeans, mostly NATO members, would be well deserved in Putin’s view. The higher aim is what I call Putin’s mortality project, the second point.

In Ernest Becker’s Pulitzer Prize winning book The Denial of Death, he argues that men (maybe women, too) need a project that outlives them because they are terrified of their own deaths. Think about how powerful Putin is? Yet, in the end, he is just food for worms, just like the rest of us. He cannot accept that. We often cannot either, but our way of dealing with it may be to write some poems about our kids, take up bee keeping as a project, or learn to quilt.

We might go so far as to join a movement so that we can help others. Sometimes we are destructive to ourselves and a few others. We join a radical movement, have a mid-life crisis and cheat on our partner, or punch a kid in the face that calls us “so old” and now have a criminal record. We don’t destroy humanity, in part, because no one person should ever have such power and control.

Putin is so much above the rest of us. He is like a god or is it the devil? He must be remembered in history, so he sits isolated reading “hundred-year” maps and decides on his own that Ukraine cannot exist because he says so … because Ukraine was something else in the past. So was everything. What people think does not matter. Putin creates this self-invented delusion that President Zelensky, who is Jewish, is a Nazi. Putin proclaims such a few times, and people believe it.

Not only does Putin buy his own bullshit, but plenty of others buy it, too. The truth of the matter is too painful for us, so it’s best to create an alternative truth. There never needs to be proof of anything. Though we often plant the seeds of truth, truth seldom ever gets harvested. Putin is just one human being of billions and may have no more significance than a spider on a wall … maybe even less.

A former colleague and good friend told me a quote, “Just when you think humanity has reached its lowest point, the bottom drops out and you find that there are many, many more bottoms to come.”

I tear up when I hear that Ukrainian saying, “I love God, but I think God loves me less.” Does not God love Putin and all the other brutal autocrats in history and those yet to be born?

However, though the bottoms of human horror seem infinite, hope somehow arises from these horrid acts. The unity of the Ukrainian people, fighting all odds, those in Poland and its neighbors that open their homes, cars, and lives to Ukrainian moms and children, and the men that go and fight, not because they want to kill but because they want to live are beacons of hope, of freedom. The bottomless well becomes filled with hope.

I never thought I would say this, but Vladimir Putin is pure evil. If Satan exists, he is in the form of Putin. There is no justification for what is happening to Ukraine or what happened in Syria. He may be a human being, but he is no less a monster for it. He is a weak man, not a strong man because strong men can admit they were wrong and try and correct the harm done. Nonetheless, I think hope will win.

This is the beginning of the end of Putin and Putin’s war on humanity. As the late Thich Nhat Hanh said, there is plenty of suffering in the world. We don’t need to create more of it.

Bathroom politics: Pee where you want