The morning air, toasted dry, created a dusty warmness, and the intense heat of the afternoon promised even more discomfort. Much too hot for March.

Two of Juppe’s afternoon clients had already canceled because of the heat, but the five morning clients were still on the schedule. The first should be arriving anytime and so he filled the time with chores. He filled the glass jars with clean brushes and combs, polished the mirror, filled the small shelf with product and arranged the flat iron, curling irons and hand-held hair dryer’s on the one remaining shelf. He dragged an oversized ladder from the corner of the garage to a space next to the chair and changed an overhead light bulb.

His makeshift shop was in the corner of Diane and Mickey’s garage. Due to bad relationships and a round of drugs, he had been homeless when Diane found him huddled in the alley behind her office. She recognized him from their high school years. They’d grown up together, their mothers were related, kissing cousins, so she said. She’d arranged for him to stay with them, temporality, no questions asked.

“Another stray?” Juppe heard her husband, Mickey, complain. “Don’t care if he’s family or not.” But Mickey, soft hearted underneath a tough, thick exterior, yielded easily. Juppe had been living with them for five years now and operating his hair salon in the garage for the past three. Mickey even helped with the set-up costs.

Juppe stapled a paper leprechaun and a pot of gold on unpainted dry wall near the entrance and strung a row of shimmering three-leaf clovers around the doorway.

“Hey, Juppe looks nice. Are you Irish or something?” It was Nancy, his first client of the day. She set her oversized bag on an empty hook under a shelf and sat down in the chair.

“Well, do I have an Irish story to share.” She began while Juppe mixed the colors for her hair. “You know my son has problems, development issues.” Juppe nodded his head in acknowledgement. “He works at the sheltered workshop with other adults like him. Since high school he’s lived in a group home but last year he started living on his own. I’m not too happy about it. Harder to keep track of him. Of course I go over every other day, make sure he’s got food, keeping himself clean. You know the drill. Well, this past week I wasn’t able to check in on him. After a few days, I tried to call, but he wouldn’t answer his cell phone. I thought something might be up, so I drove by his place on my way home from work yesterday. When I pulled up, all the windows were closed, shades pulled down, and boards were nailed over some of the windows. I parked the car, got out and rang the doorbell, but no answer. I started banging on the door and finally Stevie opens the door. He looks okay; no blood or burses, ‘What’s going on?’

‘It’s a troll, I found a troll, Mom. He came to the front door and I grabbed him.’

With a whisper, he tells me to be quiet and follow him. Everything inside looks okay, so I follow him into his bedroom. I hear someone yelling from inside the closet, ‘Let me out. Let me out.’

“Mom, Mom, I have a troll. I told you. I found a real live troll. He came to the front door and I grabbed him. He has to give me his pot of gold, then I’ll let him out. I’m rich!’

Stunned I walked over to the closet door, not knowing what to expect. I found some tools nearby and removed the boards. Out steps a small person, a man, no taller than my waste, dirty, and very mad.

Well, come to find out, Stevie had answered the front door to a small person who wanted to talk to Stevie about religion. Stevie grabbed him, dragged him to the bedroom, stuffed his mouth with a pillow case to stop the yelling and tied him up with a sheet and forced him into the closet. He really thought he’d caught a troll.

Of course the man was angry and mad, threatening all kinds of lawsuits but besides looking dirty, he was okay, just hungry. He’d been in the closet for two days. I called the police, they arrived quickly, but realizing Stevie’s intentions weren’t malicious, the police and the man agreed not to bring charges.

“Truth, I swear it. Stevie had leprechauns and trolls confused. Some movie he saw.”

“What did the police say?”

“The police suggested that the next time the man goes on one of his doorbelling missions, make sure he has someone else along.”

Juppe laughed. ”If I didn’t know any better, I’d say you were making this up, but I know Stevie.”

She looked up at him. “Everyone seems to know Stevie, the police and now the Witnesses. Thank goodness the man saw the humor in all this. Said he’d skip Stevie’s door in the future. The police officer thought that might be a good idea.”

Mickey walked in and noticed all the St. Patrick’s Day decorations. “What’s all this, Juppe? Are you Irish or something?”

“No, but I have a story that will make you think of leprechauns.”

Though the names are fictitious, the story is based on a real incident. Yes, it’s humorous, but also a reminder of the frustrations and difficulties that people with disabilities, physical differences and of course, their caregivers face each and every day of their lives. 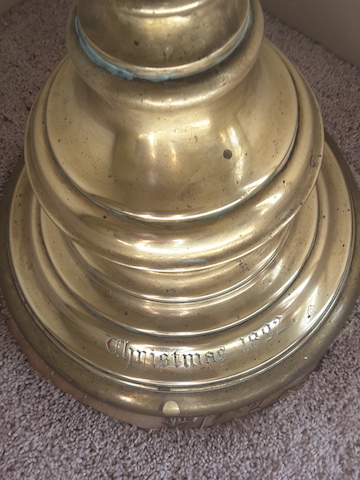 The Art of Being Un-Wired: Chapter Three