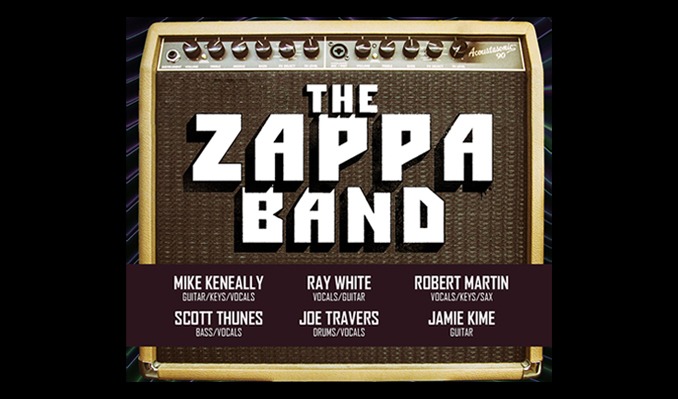 When guitarist Ray White received a phone call from singer Lady Bianca in 1976, he had no idea it would change his musical life forever.

She asked if he had his guitar.

With that, he was out the door on his way to San Francisco International Airport, off to an audition with a band.

What he didn’t know was that he was about to try out for a spot in Frank Zappa’s band.

Today, White laughs while recalling this story. A week before he got that call, he had heard a Zappa album and listened to a song called “Montana.” He recalls, “My comment was, ‘This is the craziest white man in the world!’”

A short time later, he walked in to play for this “crazy white man” wearing white linen pants, a dashiki, clogs, and “an afro the size of the full moon,” White says. Frank Zappa looked him over, and then played what White calls “this very strange guitar line.” With a cigarette hanging out of his mouth, White says Zappa said arrogantly, “Watch my fingers.” He wanted White to mimic him.

“I don’t want to see your fingers. Ignorance is bliss,” replied White, and with that, he turned his back on Zappa and played it by ear. Then, Zappa asked him to sing “City of Tiny Lites.” White complied.

Suddenly, Zappa’s manager came walking across the warehouse floor, and began telling White about the pay. He had the job.

The first time Zappa took White to his home, he saw rows and rows of Doo-Wop albums. “I was like, ‘I’m home. It was just totally cool. This dude gets it,” says White. “His knowledge of music went from A-Z. And he was creative, totally creative in the things he did, but he never lost that sense of what’s right and what’s wrong, you know? And his political wit—tongue in cheek as it was—you knew what he was talking about. That’s what I loved about him because he wasn’t two-faced. It was straight up. I’m this. If you don’t understand it, kiss parts of my body that I can’t reach.

“I’ve got to keep it as clean as I can here,” White says while laughing.

During his years with Zappa, White says they played in the U.S., Canada, and Europe. When they were in Lithuania, he remembers seeing huge state of Frank Zappa. “People have to understand the influences in creativity. When you do original things and have original thoughts—there are so many more who think this way, who feel and connect to certain things. You find out you’re not by yourself, and you want to go and be in that environment,” says White. “And he wrote everything from classical [music] to ‘Valley Girl.” He wasn’t a snob about music. But he’s not just Baltimore. If you limit him to Baltimore, then you’re limiting everything he was. And he was like the underdog.”

Zappa seems to have been quite different his entire life. White says Zappa told him that when he was a kid in school, he had become friends with another kid who was an invalid—because nobody else would. “That was like one of [his] coolest stories,” he says.

People have called Zappa a lot of things. He’s been called a genius, an icon, and weird. When asked how he would describe him, White chuckles and say, “All of them!”

According to White, Zappa expressed points of view that others would belittle or disregard. “In this world we live in, the more popular you become, there’s all these haters that come out of the woodwork. They won’t do anything with their lives, but they want to look at yours and tear it apart,” he says. “Frank expressed all these points of view that I felt were appropriate. He was a genius. No doubt about it. He found a niche, and he filled it.”

About three years ago, White says he got a call from Zappa’s son Ahmet, who was putting a band together comprised of as many guys who has previously played in the past with Frank. Besides White, other Zappa alums Mike Keneally, Scott Thunes, and Robert Martin are playing in this new incarnation. Joining them is Jamie Kime, who played in Zappa Plays Zappa (a band led by Dweezil Zappa, Frank’s oldest son), and Zappa archivist Joe Travers.

While they played together during a trial run of the Frank Zappa Hologram Tour, White says their current U.S. tour is the first time they’ve “been out together and having fun.”

As for this new tour and new band, White says, “These guys are precision cats—they can play.” He says they’re having a blast, sharing stories, and making spontaneous jokes on stage.

They will be playing Zappa classics, but also some new tunes. “Joe [Travers] and Mike [Keneally] were going through some stuff in these boxes at Frank’s old house. And they found some new music that had never been done,” says White. Songs that Frank Zappa had written, but hadn’t had the chance to record. “It’s amazing!”

“Frank was the master. He knew how to mix. I learned so much from him,” he says. “He was a straight-up, cool guy.”

The Zappa Band takes the stage on Tuesday, June 21, at Rams Head On Stage in Annapolis.

‘Boys of Dunbar: A Story of Love, Hope, and Basketball ‘ is a winner

Croissants and smoothies can be ‘healthy’ right? 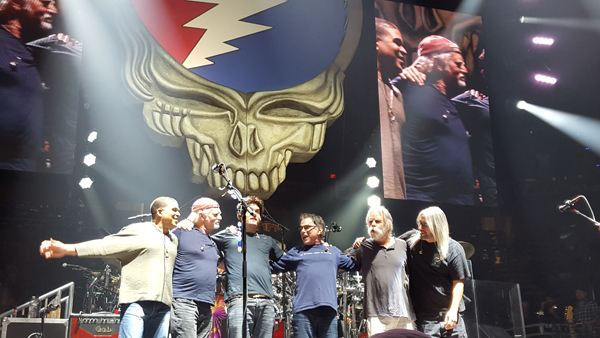