Truly bad results for Mitt Romney as the first polls come in about public reaction to the Republican National Convention in Tampa, Fla. He had his first swing at bat – and he struck out.

The tracking polls of John Zogby – for my money, by far the best pollster in the business — give Romney no bounce whatsoever from his pre-convention standing. Released on Monday, they still show Romney at virtually the same position he was in before the elections – running in a dead heat with President Barack Obama.

Of course, there is still more than two months to go to voting day on Nov. 6. Romney still has plenty of time to put in an impressive performance in one or more pre-election debates with Obama. Even a relatively slight further rise in jobless figures in several key battleground states could prove politically disastrous for the president. Given all the tensions and problems in the Middle East and the gathering storm clouds over the euro-zone major economies, the likelihood is growing that any October Surprise will be a bad one rather than a good one for the incumbent administration.

But having said all that, Romney had a golden chance to woo and win the confidence of independents and loosely attached Democrats in Tampa last week and he totally failed to do it.

This failure came even though the convention as united as any modern one can hope to be; in terms of organization, it ran like a charm. And the choice of Rep. Paul Ryan of Wisconsin warmed the hearts of the conservative core of the party. Yet outside the core constituency, polls so far indicate that Romney and Ryan persuaded – nobody.

This is a hugely important development. Contrary to what virtually all the major pundits repeat in their usual solemn, trance-inducing tones, successful speeches at conventions and the right vice presidential choices made at, or before, them do matter – a lot.

Sitting Vice President Al Gore overnight obliterated a 12 percent to 15 percent deficit he had when he named Sen. Joe Lieberman of Connecticut as his vice presidential running mate in 2000.

Lieberman in fact ran such a complacent, somnambulant campaign that he made future Vice President Dick Cheney seem like a charismatic, dynamic whiz by contrast – never an easy thing to do.

But Lieberman had already fulfilled his first and most vital service to Gore. Gore remained in contention to the end of the race and even pulled in half a million more votes than Gov. George W. Bush of Texas and Cheney. Before the Lieberman pick and the Democratic convention in L.A.’s Staples Center, none of that looked remotely possible.

In 2008, even Sen. John McCain of Arizona, the most politically disastrous and rejected Republican presidential contender in 44 years since Sen. Barry Goldwater of Arizona in 1964, was actually up there within the margin of error racing Obama neck-and-neck after the Republican convention in St. Paul, Minn., saw Sarah Palin give her first, best and only blow-out speech of the campaign.

After that triumph in the Excel Energy Center, it was downhill all the way and a brilliant future only on reality TV for poor, skidding Sarah. And she proved successful only in driving Independents and centrists in their millions away from the Republican ticket.

Yet the cold, hard fact remains — even Sarah Palin could propel even poor, bewildered old John McCain into contention for a few weeks in 2008. But after a smooth running convention in Tampa, neither Romney nor Ryan could generate any boost at all.

As NBC’s Mark Murray pointed out Monday, “That’s the lowest percentage since Gallup began tracking this question in 1996.”

Murray further helpfully pointed out that Romney’s approval rating for his acceptance speech was far lower than the numbers for the worst losers in the past 20 years. Sen. John Kerry of Massachusetts got a 52 percent for his speech in Boston in 2004. (I was there for it and believe me you’ve never seen a pancake that fell as flat.)  Bob Dole got 52 percent at the start of his never-had-a-prayer campaign in 1996, and even old McCain scraped up a 47 percent approval rating in St. Paul in 2008.

Make no mistake: scores of millions of dollars went into preparing last week’s painstakingly scripted and choreographed performances in Tampa and they were all focused on presenting Mitt Romney as a likeable, easygoing family man and Man of the People who Felt Your Pain.

George W. Bush, who came from a background of privilege far greater than Romney’s, was able to act the “aw shucks” buddy of Gary Cooper because he really fantasized that he was. (President Bush II is never regarded as a Master of the Method School of Acting like Al Pacino or Lee Strasberg. But for believing so completely in his own fantasy, he should be.)

Now the Democrats have their first time at bat in Charlotte, N.C. Can they do better than Romney and Ryan? I think they can: But only if they pull Joe Biden from the ticket and replace him with Hillary Clinton.

And that’s a story for another day. 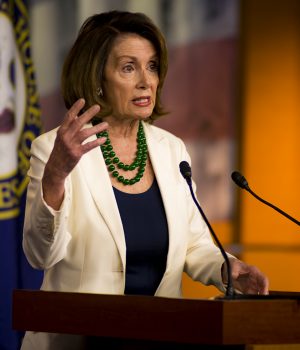 Greg Lindberg Global Growth Story: From 8 Cents an Hour to 8,000 Employees and a Fight for Freedom Against Mike Causey