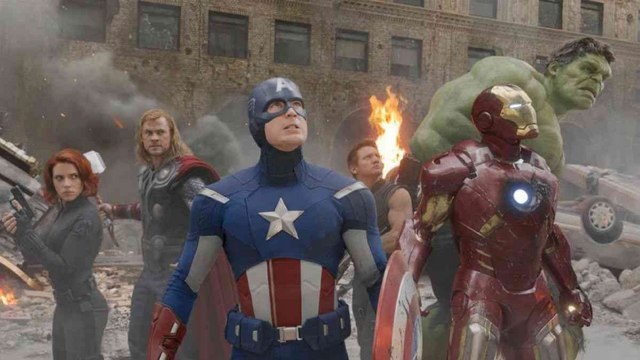 Well it took a while for me to get out to see it, but I finally witnessed the cultural behemoth that is The Avengers. Is it as good as they say it is? Is Mark Ruffalo truly the best Hulk thus far? Does it really manage to be funny, dark, exhilarating and actually good from an artistic point of view all at once?

Joss Whedon is so talented as a writer that I actually resent him. No one should be able to take  seven larger-than-life characters (four of whom have carried their own movies) and meld them together as incredibly as he did. Especially when it involves a might-as-well-be-new character (Hawkeye), an underdeveloped character (Black Widow), and a well-known character with a new actor filling his “shoes” for the first time (Hulk).

Things start off a bit slowly in the film, appropriately building suspense for the battle to come. Making you ache with anticipation for when you see each of your favorite characters again. It felt like the pilot to the world’s best spin-off TV show.

That was all in my head of course. Disturbing others while at the theater is worse than feeding a gremlin after midnight. So as long as no one was close enough to hear my excited nerdy panting I was good to go.

Many have already seen the movie and standard reviews of big pictures can be kind of boring, so instead I’ll largely be focusing on each character individually. I think it’s fun to separate them and see why they’re great on their own.

A lot has been said about the Hulk so I’ll address him first: Ruffalo rocks. Where Norton was angst-y and Bana was in a terrible movie, Ruffalo is just the right amount of weariness and humor. He’s learned to live with the “other guy” and comes off as more of a tortured genius than anything else. 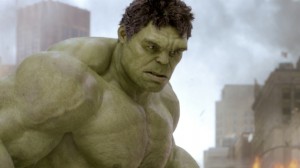 As my dad pointed out, “usually Bruce Banner is just the guy walking around saying meaningless lines and everyone is just waiting for the Hulk to come out.” I’d say that was largely true before but has now changed. Whedon makes it clear that Bruce Banner is incredibly intelligent and useful on his own, not just a vessel for the unstoppable green golem.

Ruffalo delivers his lines with a certain exhaustion, as though to say “I’ve got to contain this crazy thing inside of me and keep it from killing everyone and you want me to figure out how to save the world too?” This type of approach is dangerous in that it could come off as lazy acting. But he did a great job of keeping that sense of pathos without seeming like too much of a teenage vampire.

Hawkeye and Black Widow are the “newcomers” to the group in that they haven’t had their own movies, only ass-kicking cameos. I was worried that the characters would be too similar at first. One is a killing machine with a haunted past looking to make up for their sins by contributing to a cause larger than their own. The other is the same thing in high heels.

But as per usual Joss created a strong female character with Scarlett Johansson’s Black Widow. He’s known for creating women who are strong without being a hotter photocopy of a man’s character.

For instance, Johansson uses her female status as a perceived “victim” to her advantage. Because even though she clearly has skills, most powerful villainous men would just view her as a little girl with daddy issues (especially ones with Loki-sized egos). She uses this to her advantage, somehow retaining her femininity without losing the “masculine” ass-kickery you’ve all paid to see.

Hawkeye is a bit of a tougher sell. He’s pretty much DC comics’ Green Arrow but without the color scheme. Or Jason Bourne with a bow and arrow. Or James Bond with a … bow and arrow …

Renner takes him beyond that though. He portrays him as a man with as much of a beast inside of him as poor Dr. Banner. This theme is explored to some extent with all of the characters, especially in a scene where Loki discusses a “beast walking around pretending to be a man.” He meant Banner but couldn’t he have meant any of them?

And with that, let’s talk about Loki. 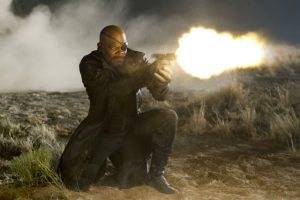 Loki has plenty of moments where he’s just coming off as your standard “I want to enslave Earth with my cool helmet because it’d be cool” type of bad guy. And even those are more awesome due to his almost Shakespearean delivery of lines. But he also has a scene with Thor where you start to realize the true nature of his character.

If you grew up with a brother who was über handsome, super strong, and next in line for the throne even though he was in idiot … would you hate him?

At the end of the day, Loki is just trying to please dear old daddy Odin. Because Thor is the fortunate son and Loki is just a schmuck. Forget that Loki is a genius and would legitimately (megalomania aside) be a better ruler. And so he’ll take his throne wherever he can get it.

What was truly fascinating to me were all of the parallels they drew between Loki and Tony Stark, a.k.a. Iron Man (the closest thing to the star of the movie). Both are self-loving (or loathing) geniuses trying to please their dad. A little too smart for their own good with egos that need a schmancy helmet to contain.

But whereas Stark is largely putting on a show in the hopes of concealing his issues, Loki is buying into his own act. Tony Stark changed forever when he saw his partner in the Middle Eastern prison die in front of him. He may act like a jerk, and many times he legitimately is one, but he’s not the man he was.

Iron Man is usually everybody’s favorite because he’s got the cool suit and he’s the only one with a steady girlfriend, but he also has the most issues. He would’ve been another great addition to my favorite hero’s list because he’s largely representative of our country: upset because he’s been too blessed and containing the capacity for positive change, but only in the face of tragedy. 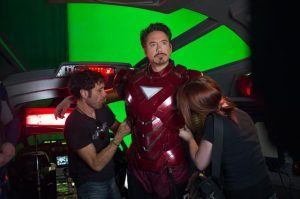 Maybe it’s the all-too-familiarity of his personality or (more likely) the awesome suit but Robert Downey Jr. always captures the audience the most. He’s funny, he’s serious and he blows stuff up. And flies. And he’s handsome. Hate that guy.

But we can’t forget about our other flying and handsome friend either: Thor. He’s still a tool in many ways but his improvements didn’t stay relegated to his eponymous film. He’s learned the value of human life and isn’t just a jock with a hammer anymore.

In addition, he seems to truly care for his brother Loki. He’ll fight him to save the world but he’d much rather join forces with him and make him a good guy again. As long as the films are making 200-plus million dollars on opening weekends I wouldn’t bet on it, but maybe a small and devoted audience will someday witness Loki’s redemption.

A character whose main trait was that he didn’t need any redemption or refining is Captain America. As I said in my summer movie preview, he’s a man who fell asleep in a Norman Rockwell painting and woke up in Jackson Pollack’s worst nightmare. And it shows.

Cap. is starting to wonder if all of that sacrifice did any good. If his brothers-in-arms died for nothing. He reminded me of a lot of college naysayers in a government and politics class saying, “if the Founding Fathers had known that (fill in your own fascist/socialist) would be president someday they wouldn’t have tossed the tea overboard!”

But with as many doubts as the Captain has, he begins to realize that things today maybe aren’t so different. He becomes the natural leader of the group, which isn’t easy considering he has to order people around like Thor and the Hulk. Both of whom may or may not completely understand English. 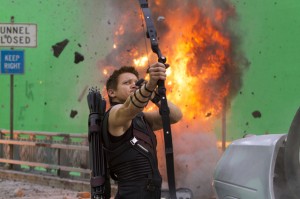 Well with the characters discussed, the most impressive thing to me about the film was the continuity with the previous films. We’re talking about  five different movies, four different directors, and four or five  different styles (depending on which part of Iron Man 2 you’re talking about).

And yet, Whedon manages to hone in on the smallest details. Whether it’s keeping the Captain’s gentlemanly conduct or remembering that Iron Man has one-shot lasers in his arms. Every single time I sat there wondering, “what about this nitpicky detail?” there was an answer.

What are the lasting effects of the technical advances that Tony Stark made in his two movies? Answered.

How did Thor get to Earth when the bridge was destroyed at the end of his movie? Answered in a jargon-y way, but answered.

It’s the attention to detail that makes a good movie great. And this has it. The dialogue is witty and funny and the action is well-staged and exciting but it’s the little touches that tell you that the people involved with the film really cared.

And what’s the film actually about? Some aliens attacking Earth or something. Just enjoy the ride.

Samuel Smith’s India Ale (Not Sam Adams! Get it right!) 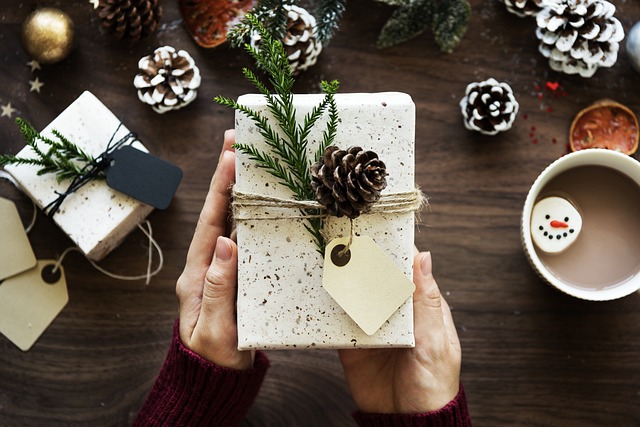 Five Practical Gifts to Give Your Partner