Young, beautiful, and talented are the three words that instantly come to mind when one thinks of Jennifer Michele. Jennifer’s passion for the performing arts started early. Her career already spans a decade – she models, acts, dances, and creates fun skits and videos on TikTok – and she has just turned 15.

Born to be in the arts

Jennifer Michele’s passion for performing led her to actively pursue a career in acting. She has lived most of her life in Glendale, California, but has traveled extensively in Europe because of family ties in the Netherlands.

Born in 2006, Jennifer has just turned 15. Since she was little, Jennifer Michele knew that she wanted to be an actress more than anything else, but didn’t want to wait until she was ‘grown-up’.

Initially, Jennifer started working as a model which led to her appearing in commercials. It wasn’t long before she started auditioning and landing roles in feature films and TV. Jennifer’s interest does not stop at acting but spans all the performing and visual arts, including dance, music, theatre, directing, editing, and storyboarding.

Starting a career so young absorbed so much of her time that she stopped going to regular school after Grade 5 and she schools online. Support is vital for a career in acting, especially for someone so young, and Jennifer Michele has the full support of her parents.

Jennifer Michele is fortunate to be in a career she loves. She already has an impressive filmography, and recently landed her first leading role in a TV Series.

She has strong views and has said about acting: “It is an adventure. For me, it has just begun, but I already see how the journey of portraying other characters helps me understand myself and others.”

From 2016 onwards, Jennifer has worked on several videos, films, and TV shorts. In the video game “Assassin’s Creed”, Jennifer’s voice was used for Young Kassandra. She appeared in three episodes of the TV series “Matty Paz is a Noob,” and had a role in an episode of “Ninjak vs the Valiant Universe.” Jennifer played Elizabeth in the TV mini-series “Manny’s Garage Sale: A Hitchcock Knot”, and this was followed with a role in “9-1-1”, where she worked alongside Angela Bassett.

TikTok is where Jennifer also practices her talents in the visual arts by making skits and videos for her 215K+ followers.

For her, it is important to remain motivated, and she makes time to listen to her favorite speakers, Tony Robbins, and Les Brown. Jennifer also values her friend and mentor, director Pierre Michel-Estival, who has shown her how to value herself and her work.

Jennifer dreams of working with Hollywood’s greatest directors and actors whose work she has admired.

Music is important to Jennifer, and she listens to all genres. She goes through phases, and currently, she loves Ruth B and the soundtrack from “The Greatest Showman.” Travel is one of her favorite pastimes and she hopes to soon visit South Africa and the Maldives.

Jennifer might be young, but she is aware that the world is not a perfect place. Her two main concerns are the eradication of human slavery; something that many young people don’t realize exists, and helping the needy overcome hunger. Jennifer uses her Instagram to raise awareness.

Jennifer Michele recently landed her first leading role in the TV Series “Joey and Ella”. The Ace Entertainment, Lionsgate production started filming at a Yukon venue in March 2020. After a few unavoidable delays, the series is now in the post-production phase and about to be released.

“Joey and Ella” is a feel-good family movie with a lot of action – its ultimate message is about friendship.

We are all following Jennifer Michele and her passion for the performing arts as she begins what we believe to be a huge adventure in acting.

The photograph of Jennifer Michele was provided by Russell Baer.

Overcoming the horrors of war 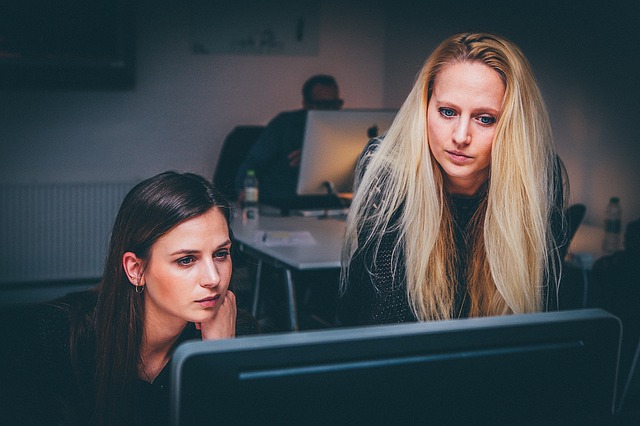 Benefits of a Reputation Management Platform

Backstreet Boys touring China but we missed them