Photo above: The house on W. Idaho Street, as it looks today. Site of the Great Ghost Story and Reveal.

Today is Thanksgiving Day when we celebrate everything we love and care about and express our gratitude for having it all in our lives. Mainly (for many) it’s our loved ones. Then we might be thankful for having a job, a roof over our heads and maybe the wherewithal to have a meal, not just on Thanksgiving Day, but every day. Hard to believe but there are millions of Americans who cannot say they have at least one meal a day.

But sitting here this Wednesday Night before Thanksgiving typing away at this post, it’s melancholy that fills my heart. For a lot of reasons really, but primarily because Thanksgiving is not what it used to be — once again there’s no family to argue with, but also to talk to and tell jokes and old family tales that only seem to get more colorful with time; around a table full of food, gratitude and love. Elaine made the BEST cranberry sauce and Yule Log — Ben & Jerry’s “Cherry Garcia” was included one year.

It’s been much too long since I’ve spent one of these holidays, Thanksgiving or Christmas, with family. They are always in my thoughts of course and we’ll connect via telephone and Internet no doubt, but it’s hardly the same as being there.

On the other hand: I’m always glad to be going home.

But, back in the day we would all gather around tables pushed together in the living room on Idaho Street in Milwaukee, sometimes as many as 15 people, sharing turkey, mashed taters, some other kind of taters, stuffing, veggies (corn always being one of them), Mom’s homemade bread — I miss her freshly baked bread — and then at least two different kinds of pie with ice cream or whipped cream … and then all the noise and conversation!

The Ghost and Little Ricky

Thanksgiving feasts are not the same without all the joyful conversation. One year the “Great Mystery” of Ricky’s window ghost was solved. Revealed really. What happened was this: One night, after I had gone to sleep, our Dear Brother Rick, who was only about 6-7 years old at the time, was in our sisters’ bedroom combing his hair. He heard something at the window and when he looked, there was a ghost!

Eventually she made her way into the room with Ricky glomming onto her sobbing, “Don’t go in there Momma!”

A search was made and I, woken up by all the noise, was sat down at the kitchen table with a whole bottle of Coca-Cola to myself! That was the first time I ever got to drink a whole Coke so after that I never had to share a bottle of Coke again. No ghost or evil culprit was ever found.

Years later we were all sitting around the Thanksgiving table, eating and talking and telling family tales. Mom brought up the mystery of the ghost in the window and how scared Ricky had been. It was about that time when our Dear Brother Carl started laughing. Now, when the incident occurred Carl was in high school (Pulaski if you’re wondering) and this Thanksgiving feast was taking place in 1971 or ’72, approximately 11-12 years later.

It was then Carl confessed to being the ghost in the window. He had come home from some shindig and went into the backyard to have a smoke. He saw Rick in the room and couldn’t resist. He found a white sheet in a baby carriage and voila! Instant ghost! Once he heard Ricky howling into the night, Carl put the sheet back in the carriage and ran from our house to 76th Street, 14 blocks away.

Mom was laughing when she was regaling us with the story, our Dear Brother Ricky the target of her humor. Yes, she got a good laugh from everyone as she described poor Rick, plastered up against the door preventing her from getting in. And oh how she could mimic his wail.

But, when Carl confessed, she was no longer amused. The rest of us were laughing …

That is by far the most memorable moment from all our Thanksgivings together. Otherwise, Thanksgivings are one collective memory of family and happiness.

Those Not With Us

Part of the melancholy is that in 2012 I had planned to spend  Thanksgiving with two of my brothers, Ken and Rick. A plane ticket to Milwaukee was purchased and I was looking forward to a Thanksgiving Day with some family. Sadly, our brother Rick passed away a month earlier and that ticket was used to attend to his memorial. Thankfully I was able to spend some time with my four remaining brothers and sisters: Cheryl, Mary Lou, Tony and Ken.

Oh, and childhood friend Todd. We all grew up together and his mother and our mother were best friends. Which had its benefits and downside. We could always count on getting a meal at their home and on Thanksgiving, if we didn’t get enough turkey or pie at home, there was always plenty at their home. Likewise at ours.

The downside, because you didn’t ask: it was like having a second and third pair of mother’s eyes watching what we were doing. For instance: One day Rick had gotten a hold of a Playboy Magazine. Oh man! The score of our young lives! We were walking down the street, perusing every page looking for every scintillating photo, the crowd of kids gathered round growing with each step.

Until either Todd’s mom or Aunt Lorraine decided to investigate. I can’t remember which. Aunt Lorraine lived at their home too and she was the third pair of Mom eyes. At any rate, that was the end of that Playboy adventure.

So, my four remaining siblings and I crowded into Todd’s fine home for Rick’s memorial.

Missing in life, but alive in our hearts are Mom and Dad; siblings Carl, Rick and Elaine. Wonderful memories of all and I hope those of us remaining all have a chance to make some new memories — like the time Carl and I decided to drive to Colorado to spend Thanksgiving with the Rocky Mountain Clan: Tony and his family, and Elaine and her family.

So we set out from Sandy Eggo in my Ford Ranger. I had stopped before locking the front door, convinced I had forgotten something. Going back in I found my camera and headed out, wondering, what else had I forgotten.

But let’s back up: anyone who has ever driven through the Rocky Mountains at any time of year knows that late November is the worst time to drive over the Vail Pass — 10,662 feet — at the time of year: one lane of tire tracks to follow in each direction. Deciding to drive was the first mistake. But we had to stop in Mesquite, Nevada to gamble.

Off we went on our 1,500-mile journey, me still wondering what did I forget? As we came to the Nevada State Line, 310 miles from home, with its Las Vegas outlet stores mall, I saw the big sign for the shoe store. Looking at my feet it came to me with a big thud: I was wearing sandals — no socks. DAMMIT!

Calling ahead I asked my lovely sister-in-law Judy if anyone there wore my size shoes. She had that, “What kind of idiot doesn’t bring shoes (at least) on a trip to Colorado in November?” tone in her voice. This kind of idiot, okay?

No one wore my size so once we got into Utah we stopped at a survivalist store (seriously, the sign on the front said “Survivalist”) in Cedar City where I bought some hiking boots that were on sale and a couple pairs of socks. People found it hard to comprehend how someone could forget to bring shoes and socks. The salesman in the store was amused.

Today I’ve decided to spend the day alone. I could spend it with friends; that’s been the usual Thanksgiving routine since 2007, but this year I just want some quiet contemplation and meditation.

And a big steak on the grill. With a gigantic baked potato. And some broccoli and Brussels sprouts. With a nice mushroom and onion sauce to slather on the steak and potato.

There won’t be any sadness, not from me anyway. I’m going to stuff myself with an 18-ounce ribeye and watch football all effin’ day long!

MLou, next year I’m coming to your house so be prepared!

All photos by Tim Forkes and family. 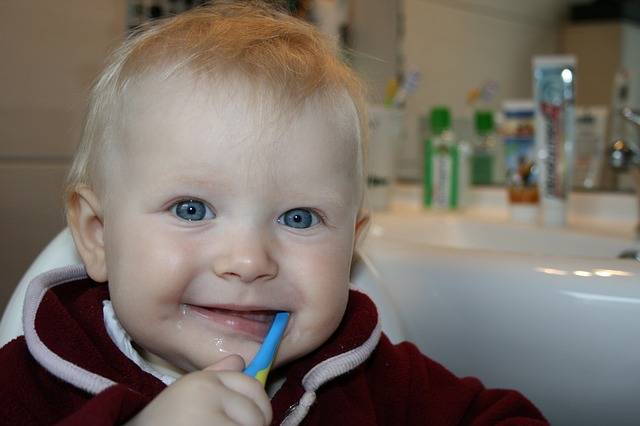 Dr. Kami Hoss – Tips on Getting Your Kids To Care About Dental Health

Customers and the Importance of Effective Communication