Sean & Frank is one of Baltimore’s longest running morning radio shows and begins its 23rd year of broadcasting. Thanks to WCBM’s 50,000 watts, the topical news, talk and entertainment program can be heard in the Baltimore metropolitan area, Maryland, Washington, D.C., Pennsylvania, and Delaware. The move comes as the news talk radio station, which can be heard at am680 and online at www.wcbm.com, is expanding local programming.

The show features the breaking news of the day as well as the latest current events and issues. In addition, listeners can get timely traffic updates and weather forecasts as well as caller-friendly discussions of the day’s hot topics. Sean & Frank also interview the top local and national newsmakers of the day featuring Vice-Presidents, Senators, Representatives, Governors, celebrities and other experts.

WCBM Program Director Sean Casey, who also co-hosts the show said, “Adding a fourth hour of the show allows us to get an earlier start to remain competitive in the market and to continue to deliver our special brand of more stimulating talk and breaking news.”

WCBM General Manager Marc Beaven stated, “I’m excited about adding another hour of local programming and looking forward to the additional opportunity to service our listeners and advertisers.”

Sean & Frank and The Morning Show is:

Sean Casey-a broadcast veteran and radio personality for 38 years. Sean has been with WCBM since 1987 and helped launch the Sean and Frank show in 1992. In addition, he has worked at the Voice of America and hosted a nationally syndicated morning show on the American Radio Network.

Frank Luber-is now in his 58th year of broadcasting with stops as News Director at WCAO, weekend anchor and special assignment reporter for WJZ and part of the morning team at WFBR. Frank has been a part of the WCBM team since 1988 as a newscaster and co-host of the morning show.

Joe Armacost-“Hos” is the executive producer of the show and performs song parodies with The Morning Show Band as well as providing many character voices. He is an accomplished musician and uses his talents regularly on the morning show. He has also been with WCBM for 26 years.

Chuck Whitaker-The Dean of Traffic Reporting in Baltimore since 1969. With more than 45 years of traffic reporting in the Baltimore area, he truly is the “King of All Traffic”. Chuck was a co-founder of Metro Traffic and now owns America’s Traffic Network with more than 70 radio and TV affiliates in Florida and Maryland. Chuck has been reporting traffic on WCBM since 1979.

Thoughts on a few things 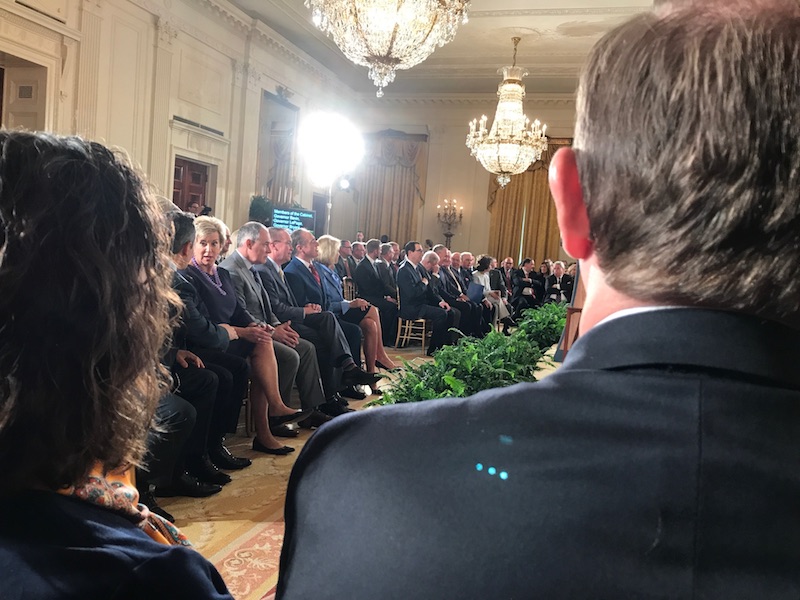