St. Patrick’s Day proves the mettle of Irish culture throughout the world like few other ethnic celebrations can. It shows the strength of the Irish that on this one holiday a year, we can indulge in the most degrading but somehow acceptable stereotypes of one ethnic group, and they basically respond, “Sláinte!”

Can you imagine if we all celebrated Rosh Hashanah by getting hammered, yelling “Oy Vey!” or “Kiss me, I’m circumcised,” and posting the Star of David and comical pictures of fat Jews with hook noses guarding pots of gold all over our offices? Or Kwanzaa in drunken blackface? Even Oktoberfest gives Germans a better showing – the worst stereotypes trotted out are excessive drinking (notice a theme), large-bosomed Fräuleins and lederhosen.

Having spent my last semester of college in Limerick, I was impressed by my Irish classmates’ propensity to enjoy a joke at their own expense. I learned several of my best Irish jokes during those 10 weeks, though I learned far more of hospitality, poetry and amazing music (not to mention which pubs tapped the best Guinness).

I also remember how, almost reluctantly, the Irish made anything like big deal about St. Patty’s. Some said they were shamed into it by the hubbub of big American celebrations in New York, Boston and Chicago: hard to top dying an entire river green.

I rode my bike (a Brit Raleigh) across Ireland to Dublin, where I saw the most amazing parade of my life. It was like channeling the creativity and imagination of a Burning Man (without the nudity) into a several hour parade through Dublin streets. There were thousand-person ensembles of color after color, echoes of Carnival costumes with sails, giant whirligigs and even spiders; an ocean of blue, peaked umbrella waves with a giant whale and tiny fishing boat; construction equipment transformed by copious welding and chrome into fire-breathing dragons; and kids in the crowd – their faces and short-cropped hair transformed into mad green/orange/white camouflage with some kind of body paint/spray – blood pumping, sugar-high, war-growling at random strangers. I also remember plenty of green and white versions of the Irish flag. Green for Ireland and white for peace, but no orange for the protestants of Northern Ireland.

I learned on returning to Limerick that their parade was a sodden, meager affair: a short-lived diversion before the pubs filled up and life went on again.

It’s not that the Irish can’t be offended, it just seems that those I have known don’t take offense easily, or on trivial subjects like stereotypes of red-bearded leprechauns and excessive drinking. I learned not to presume to understand the troubles of the North-of-Ireland, especially under the influence of alcohol and one of the lovelier daughters of Northern Ireland. Even had I studied my subject I would have been wrong, and once I slipped the rebuttal came so fast and furious in that clipped, musical accent that I floundered several sentences behind, playing catch-up and trying not to slip again but failing until the only thing I could say was, “I’m sorry,” and “I know nothing,” and, “can I buy you another drink.”

So don’t take this good-natured response to our St. Patrick’s Day shenanigans as a sign of weakness or capitulation. Instead raise a toast and be glad there is a culture so strong they cannot be ruffled by our most outrageous displays of ignorance, but even join in. For today, we can all call ourselves just a little bit Irish, and maybe learn not to take offense quite so easily.

Why is it Important to Do Annual Gas Fireplace Inspection? 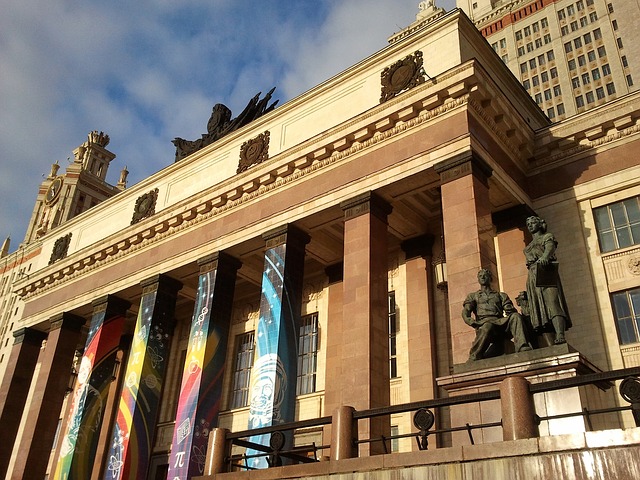 The Top 3 Universities in Russia