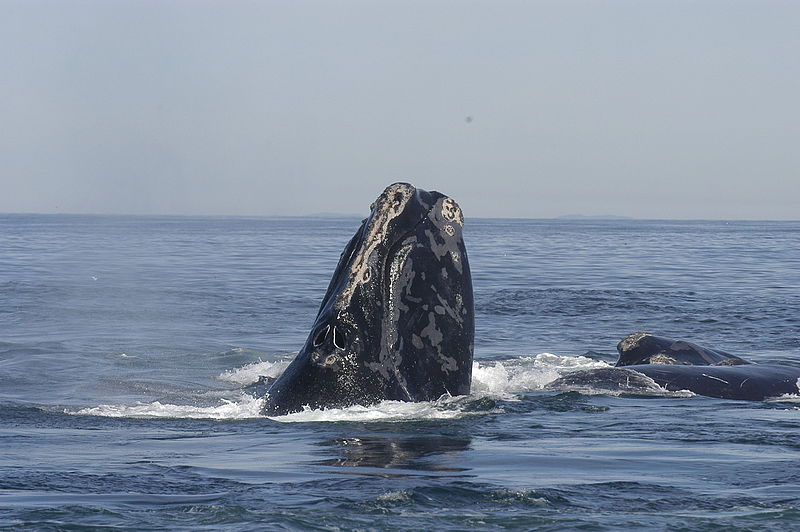 WASHINGTON D.C. – Today, the U.S. Senate Committee on Commerce, Science, and Transportation held a markup on S. 2453, the Scientific Assistance for Very Endangered (SAVE) Right Whales Act led by U.S. Senators Tom Carper (D-DE), Cory Booker (D-NJ), Johnny Isakson (R-GA). The measure would protect the North Atlantic right whale, one of the most endangered species of whales, by establishing a grant program to promote collaboration between states, nongovernmental organizations, and members of the fishing and shipping industries to reduce human impacts on right whales and promote the recovery of the population.

“I commend the Senate for moving quickly on this measure. Local marine fisheries will do well to implement the flexible plan developed by top state fisheries officials as soon as possible to support the conservation of this critically endangered species; and in doing so, protecting the very fisheries their livelihoods depend on,” said Gina Garey, Maine State Director at Animal Wellness Action, an animal behavior scientist. Ms. Garey testified on the North Atlantic right whale protections at a NOAA field hearing in Maine in August of this year.

For years, overexploitation by the whaling industry caused North Atlantic right whale numbers to plummet, leading to their designation as an endangered species in 1970. Despite federal protection right whales experience high levels of mortality from entanglement from ropes and lines used in commercial fishing and from ship strikes. These forms of human-caused mortality prevented recovery. Approximately 400 whales remain today.

The Animal Wellness Foundation (Foundation) is a Los Angeles-based private charitable organization with a mission of helping animals by making veterinary care available to everyone with a pet, regardless of economic ability. We organize rescue efforts and medical services for dogs and cats in need and help homeless pets find a loving caregiver. We are advocates for getting veterinarians to the front lines of the animal welfare movement; promoting responsible pet ownership; and vaccinating animals against infectious diseases such as distemper. We also support policies that prevent animal cruelty and that alleviate suffering. We believe helping animals helps us all.

Animal Wellness Action (Action) is a Washington, D.C.-based 501(c)(4) organization with a mission of helping animals by promoting legal standards forbidding cruelty. We champion causes that alleviate the suffering of companion animals, farm animals, and wildlife. We advocate for policies to stop dogfighting and cockfighting and other forms of malicious cruelty and to confront factory farming and other systemic forms of animal exploitation. To prevent cruelty, we promote enacting good public policies and we work to enforce those policies. To enact good laws, we must elect good lawmakers, and that’s why we remind voters which candidates care about our issues and which ones don’t. We believe helping animals helps us all.

Second jobs and the truth