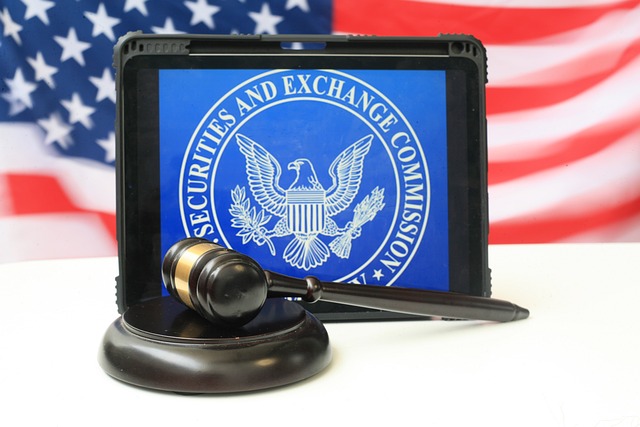 Durham NC: Attorneys for Greg Lindberg filed a motion to dismiss litigation from the Securities and Exchange Commission (SEC), pointing out that the complaint lacks any detail as to what statements in the relevant transaction documents were allegedly false or misleading.

“The SEC complaint fails to back up the false accusations with a single example of any alleged fraudulent statements made, or specific information concealed,” Mr. Lindberg’s attorneys said in the motion.

Lindberg’s legal team supplied the SEC with millions of pages and documents explaining every transaction that the SEC had questions about.

“The SEC filed this case simply to attempt to pressure Greg Lindberg and paint a negative picture of him in the press,” Estrich said. “There was no loss to anyone.”

“I am fighting every day to ensure policyholders can access all of their benefits as soon as possible, and it’s high time for cooler heads to prevail and to do what is right for those policyholders,” Lindberg said in speaking about the Motion to Dismiss. “Policyholders don’t want more litigation. They want the current sale and financing transactions to proceed to close so they can access their funds.”

The motion to dismiss establishes that instead of Lindberg’s NC insurers losing the funds in question, the transactions referenced by the SEC were structured so that the funds could more immediately benefit policyholders.

The SEC suit hurts, not helps, policyholders, the largest of whom has said that the SEC action is not helping them.

“Our largest policyholder has said clearly that this government action is not helping them,” Lindberg stated.

The Global Growth group of companies is well on the way to completing a number of sale and financing transactions that will allow the North Carolina insurers to exit rehabilitation and will allow all policyholders to fully access all of their policy benefits.

Global Growth team has completed over $1.2 billion of financing transactions already this year.

Policyholders could potentially access all of their policy benefits in as soon as 120 days provided that the North Carolina Department of Insurance (NCDOI) does not attempt to block or interfere with these pending sale and financing transactions with further litigation.

“The NCDOI keeps filing aggressive new litigation and won’t take action to complete the sale of these companies so that policyholders can access their funds,” Lindberg stated.

“The NCDOI does not want my insurance companies to exit rehabilitation because that means Mike Causey has been making false statements about them since day one,” Lindberg stated.  “We have a ready and willing buyer who wants to pay hundreds of millions of dollars for these companies but that fact does not fit with Mike Causey’s political agenda,” Lindberg says.

“It’s high time for Mike Causey to put politics aside and do what is right for policyholders,” says Lindberg.

Greg Lindberg Announces Sale of His Insurance Companies for $307 Million

“This will let policyholders access all of their policy benefits upon the closing of the sale,” Lindberg says. “The buyer group is backed by reinsurance from an investment firm with over $1 billion in capital under management and includes a well-respected former insurance regulator.”

Upon completion of this new sale, which includes assets held in reinsurance trusts, the North Carolina insurers formerly covered by Lindberg will have $337 million of capital and surplus and $3.22 billion in total assets.

Despite the announced sale, attorneys for North Carolina Department of Insurance (NCDOI) Commissioner Mike Causey argued that Greg Lindberg’s insurance companies should be liquidated rather than sold.

“Mike Causey knows that the day my North Carolina insurance companies are sold policyholders will be able to access their funds in full.  He knows that a buyer is willing to pay over $300 million for them. And he knows the sale can close in a matter of months if his department approves the deal,” Lindberg says.

“Despite knowing all of this, Causey instructed his lawyers to argue that the companies should be liquidated, a process that can take several years,” Lindberg says. “This is pure politics and policyholders are being hurt by it,” Lindberg says.

Politically-Motivated Actions Are The #1 Reason Policyholders Have Not Yet Been Able To Access Their Funds, Lindberg Says

Indeed, the North Carolina insurers would have reduced their percentage of affiliated assets below the newly enacted 10% North Carolina statutory limit in December of 2018 had the governing parties been actually interested in protecting policyholders.  In August of 2018 Global Growth was very close to closing a $600 million financing that would have paid down affiliated assets below 10% of total assets. This financing was withdrawn when the FBI showed up at Lindberg’s offices in late August 2018.  Just prior to that, Mike Causey recorded a call with the lender who was providing this $600 million loan who told Causey that the financing was looking “strong” and there were already “orders in the book.”

At the end of 2018, Lindberg’s team was in discussions with another large lender to provide up to $1 billion in financing as part of this lender’s purchase of his North Carolina insurers.  “In December of 2018 however, someone from ‘the NCDOI’ called this lender and told them not to underwrite any loans to us,” Lindberg says.  “The constant stream of false accusations about me and my companies only serve to destroy our access to credit markets. None of this helps policyholders.”

The destruction of Global Growth’s access to capital markets 3.5 years ago by government actions is the number one reason why policyholders have not yet been able to access their funds.

“My head is bloody but unbowed,” Lindberg says. “I invested over $500 million in my insurance companies, and I continue to invest in them today on a regular basis to protect policyholders.”

“Mike Causey‘s agents have also threatened lenders to my companies with political payback from various other North Carolina state agencies if they didn’t concede to their demands” Lindberg says. “This is dirty politics at its worst,” says Lindberg.

Lindberg says that while in prison he “saw this movie before” with his fellow inmates. “The SEC makes all kinds of false allegations to try to get you to settle. They use high pressure tactics to try to roll over defendants and get them to admit things they never did. It’s bullying pure and simple,” Lindberg says.

“Policyholders lose and taxpayers lose” with this kind of behavior, Lindberg says.  “There is a simple solution with pending sale and financing transactions to allow policyholders to access all of their funds within a matter of months if cooler heads can prevail.”

About Greg Lindberg:  Greg Lindberg is an entrepreneur, a leadership coach, an author, and a father. His latest book describing his time at Federal Prison Camp Montgomery can be downloaded at www.greglindberg.com or purchased on Amazon.

Today, these companies are worth billions of dollars and employ 7,500 people. In 2020, he founded Interrogating Justice, a nonprofit organization whose mission is to bring awareness and help advance solutions that hold corrupt government actors accountable, ensure fairness in sentencing, support reentry, and provide access to justice for all.

What Democrats can learn from 2014