“The first rule of Fight Club: You do not talk about Fight Club.” Chuck Palahniuk wrote a book a significant part of the world found wildly entertaining and exciting. Good for him. He has a good collection of books worth reading: The man is a writing machine, but if any modern Americans know his name it will be connected to his best known novel, starring Edward Norton and Brad Pitt.

Palahniuk and his famous book are just an allegory, a representation of our national zeitgeist. We don’t talk about it so therefore we don’t know anything about it. Or, in the case of a wanton disregard for life, vis a vis, the obsession of the minority for guns, guns and more guns. And 75-round magazines, and military-grade gun sights.

In the past week the United States Supreme Court has ruled that guns — GUNS — have more rights than women. And one of the associate justices, the one with the wife who helped plan the January 6, 2021 insurrection, has suggested — has invited — people to test whether the U.S. Supreme Court can over turn the rulings on same-sex marriage and, believe it or not, contraception. It is quite possible that in the not-too-distant-future there will be some places in this not-so great nation where buying condoms will be illegal.

Shit, I don’t even know how much rubbers cost anymore. Thanks to Amazon we can look it up. We can get all kinds of birth control items on Amazon … or any online seller for that matter. This isn’t an advert for one online marketplace over another. Amazon is the Wal*Mart of the internet. Come to think of it, Wal*Mart has an online presence as well.

Stock up now while they are still legal.

You might think that’s a bit hyperbolic, but reality is 10 years ago no one thought the Supreme Court would overturn Roe v Wade. Now with this new found majority Clarence Thomas thinks he can achieve other right wing nut bar goals … like outlawing same sex marriage and contraception. Other right wing nut bars have said the next goal is to get abortion banned completely, throughout the United States. You think they won’t?

Remember when a reporter asked Moscow Mitch McConnell, who was the Senate Majority Leader at the time, if he would tell the same lies that allowed him to block President Obama’s final Supreme Court nominee, Merrick Garland, from even  getting a hearing, let alone a vote, holding the seat held by the Late Justice Antonin Scalia open for a year and then pushing through the nomination of right wing nut Amy Coney Barrett. Moscow Mitch laughed and said yes.

This is why the federal government cannot fall under the control of the right wing nut bars and the slugs that support them.

I should make this clear: I STILL heap some of the blame on the far left nut bars who chose not to vote for Hillary Clinton in 2016 because — sigh — she wasn’t progressive enough. Plus she supported the Iraq War.

What was the alternative to Clinton? No, I’m not talking about the folks who won’t ever get more than 5% of the vote; the former governor of New Mexico, Gary Johnson and the Green candidate … can’t remember her name, but she was seated ar a table with a bunch of Republicans and Vladimir Putin.

The far leftie voters took their cue from Senator Bernie Sanders who was less than enthusiastic about promoting Hillary Clinton in 2016 so many of them decided to take their balls and go home to pout when their candidate did not become the nominee.

Then there is Amy Coney Barrett who is, for all intents and purposes, a baby mill. Now, I would not consider having children a barrier to becoming a federal judge, but Barrett has proven she expects every other woman to follow her Christian views on abortion and contraception. She has also proven she doesn’t give a rat’s ass about “stare decisis,” otherwise defined this way: “the legal principle of determining points in litigation according to precedent.” Obviously precedent doesn’t mean diddley squat to the five justices that voted to, as the dissenting opinion stated, “… that from the moment of fertilization, a woman has no rights to speak of. A state can force her to bring a pregnancy to term, even at the steepest personal and familiar cost.”

The dissenting opinion also states, “It forces her [the woman] to carry out the state’s will … it takes away her liberty.”

There is a movie on Netflix called The Outpost, that is based on a real story, as first reported on in a book by CNN host Jake Tapper. I wouldn’t consider it a very accurate description of a firefight in the mountains of Kamdesh, Afghanistan — or anywhere else, for that matter — because as viewers we don’t experience actual wounds caused by assault weapons and shrapnel, nor do we smell all the odors, from the body order, to decaying human waste, along with the smells of cordite, blood and burning flesh and hair.

It does show what many men and women have faced while they were fighting in Iraq and Afghanistan. For the real deal we can watch the thousands of amateur videos shot by the men and women as they engage the enemy in live firefights. My guess is someone is editing the most gory — and therefore the most realistic — moments of life, death and survival.

Stuff like that gets edited because somehow, many years ago, it was decided Americans are too sensitive to see what actual bullets from assault weapons do to human flesh, especially the flesh of our youngest citizens gunned down in elementary schools.

A reporter on one of the news networks, either CNN or MSNBC, I can’t remember, said that “we” were not covering mass shootings properly. People were anesthetized to the bloody carnage caused by the mass shooting because we don’t see what that pediatrician in Uvalde saw as he tried to identify two small children who had their heads blown off.

Doctors like Roy Guerrero are not “used” to seeing bodies mangled by gunfire, especially if the victims are small children. Dr. Guerrero testified before Congress after the mass shooting at Robb Elementary School in Uvalde, Texas.

You’re probably wondering how all this is connected and here it is: On Thursday, June 23, the U.S. Supreme Court struck down a New York law that required people to apply for a license to carry a firearm outside the home.

Be that as it may, the people that advocate for guns to be completely without regulation are the same people that claim to be “pro-life” because they have reversed Roe v. Wade and now states can outlaw abortions and, this sounds terrifying for many women, even women who have miscarriages can be prosecuted, or at least investigated. Maybe persecuted is the right adjective.

So, these states with multiple, competing, anti-women laws on the books, which ones apply? Then there is Texas, where the state wants to persecute anyone that helps a woman get an abortion, including if it’s to help a woman travel to another state. Who is going to be in the Gestapo-like police agency that inspects women if they are suspected of being pregnant? If the suspected woman wants to travel from Texas, to say California where her cousin lives a few blocks away from a Planned Parenthood clinic? Are they all of a sudden going to restrict the woman’s movement? How would the state enforce that?

Oh yeah, they have a bounty on the heads of any women that get abortions and the people that help the woman do so.

“Freedom is just another word for nothin’ left to lose
Nothin’, don’t mean nothin’ hon’ if it ain’t free.”

Kris Kristofferson wrote those lyrics over 50 years ago and today they ring out just as true now as they did when Janis Joplin introduced us to the song on her solo album, Pearl.

Remember when the Republicans talked all their trash about freedom and limited government? They didn’t mean it then and they don’t even talk that trash now. The GOP is the party of autocracy, the Cult of Donald Trump.

Women and men have been marching all over the U.S. to protest the court’s decision to make woman second class citizens. It’s a little late in the game to protest the court’s decision. Progressives and centrist folks that believe abortion should be legal and safe should have been as engaged with all elections — especially local and state — as the GOP had been since Ronald Reagan became president. It’s a little late to play catch-up now.

I’m not suggesting we do nothing, Marching and protesting is important and it is sending a message to the GOP that pro-human voters are getting organized and energized for not only 2022 Midterms, but the 2024 general election.

Democrats need to remind the voters the Republicans made women second class citizens and now want to take away our right to get contraception. As far as the economy goes, and there will be Democrats who insist talking about “kitchen table” issues is the right message for voters … nope. But we can remind the voters the oil and gas companies, plus the insurance companies and Big Pharma are making record profits so we aren’t experiencing inflation, we are getting screwed by the greedy few.

The GOP wants to keep everyone distracted from the Supreme Court decisions and the January 6 special committee. Sure Democrats, talk about the price gouging that is being labeled inflation, but remind everyone of this past week in Supreme Court history.

Vote like your life depends on it — because it does.

Helsinki Summit: What did Trump give away to Putin?

Shane: A classic for all time 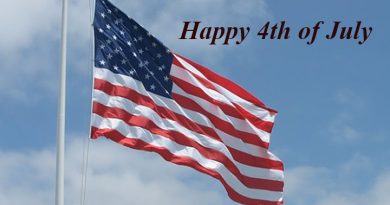 On This Independence Day We Should Examine Our History