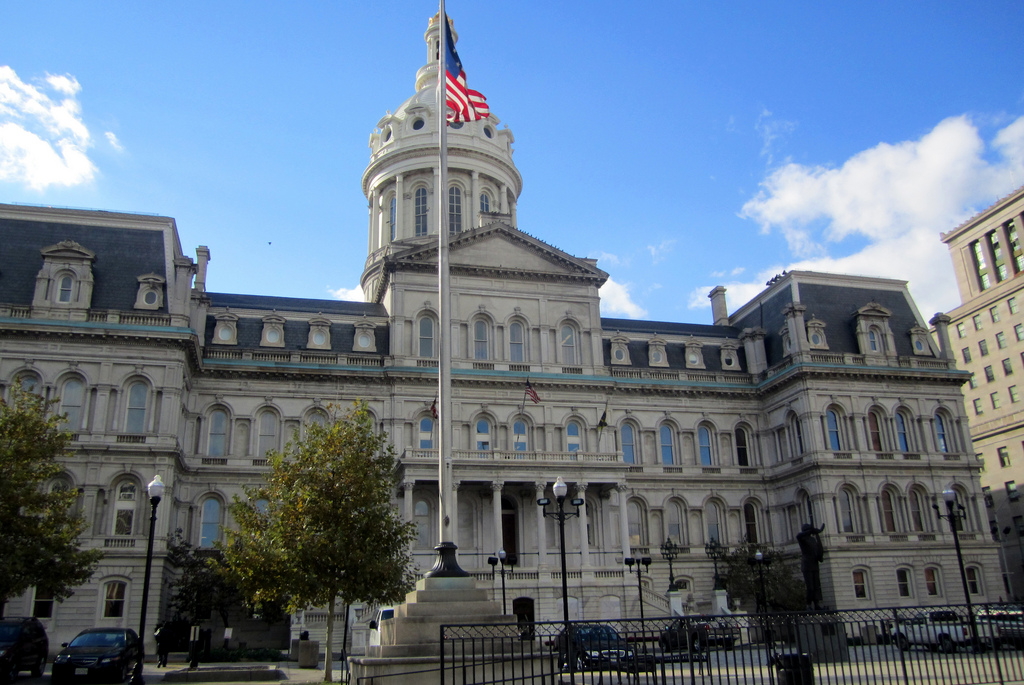 SCOTT PULLS AHEAD OF DIXON IN MAYOR’S RACE: City Council President Brandon Scott pulled ahead of former Mayor Sheila Dixon by a razor-thin margin with the addition of votes counted Sunday in Baltimore’s Democratic mayoral primary. Scott inched upward to 28.7% of votes counted thus far in the primary, while Dixon claimed 28.4%.

LARGE VOTER TURNOUT, DESPITE PROBLEMS: Amid frustrations with the rollout of Maryland’s first statewide attempt at a mostly mail-in election, voter advocates see a silver lining: an overwhelming turnout among Baltimore voters that already eclipses the 2016 Democratic primary even before all the votes have been tallied, Talia Richman and Jean Marbella of the Sun are reporting.

STATE EASES INTO COVID PHASE 2 REOPENING: It’s Phase 2 for coronavirus recovery in Maryland, but not necessarily all of Maryland. Gov. Larry Hogan announced Friday that the state has conducted more than 405,000 virus tests, the state’s COVID-19 positivity rate has dropped to 8.4% and the total number of hospitalizations in Maryland have dropped to their lowest level since April 13, WBAL-AM reports.

REOPEN PROTESTS CONTINUE: Len Lazarick reports for MarylandReporter on Saturday protests in Westminister – one held by Reopen Maryland and one by Black Lives Matter supporters. The “leader of the Reopen Maryland protests of virus shutdowns told a small crowd … that ‘Black Lives Matters are arguing about the same thing as we are … allowing government to determine who is important and who is not.’ ”

DAIRY FARMERS HIT HARD: Local farmers had hoped 2020 would be a turnaround year for the dairy industry in Carroll County, but instead there has been a steep decrease in milk prices as a result of the COVID-19 pandemic, Akira Kyles reports in the Carroll County Times. JUDGE KUCHNO FACES FALL CHALLENGE: Circuit Court Judge John Kuchno appears certain to face a challenge on the November ballot, as attorney Quincy Coleman has pulled far ahead in the Democratic primary. Kuchno handily won the Republican primary, getting more votes than all three challengers combined. On Wednesday morning, Kuchno was ahead of Coleman by 1,200 votes in the Democratic primary, but as of Saturday, Coleman was ahead by 3,000 votes. Here’s an updated story from MarylandReporter.com’s Len Lazarick on this and the other judicial contests.

CARROLL GETS $14.6M IN COVID FUNDS: Carroll County has received $14.6 million in federal coronavirus relief funding, and the county commissioners voted 3-2 to designate the county administrator to see that this money is spent efficiently before it expires, Mary Grace Keller of the Carroll County Times reports.

ANALYSIS: CHANGES IN ANNAPOLIS: Even before the COVID-19 pandemic upended Maryland and the state’s political scene, Annapolis had gone through enormous changes in the past year. The most obvious examples are the new presiding officers in each chamber of the General Assembly. But there have been other significant changes, writes Josh Kurtz in an analysis for Maryland Matters.

RACIAL INJUSTICE PROTESTS CONTINUE: Protests against racial injustice that started last week in Frederick continued through the weekend. On Sunday, several dozen protesters gathered on Square Corner holding signs that read messages such as “Black Lives Matter” and “racism is a pandemic.” People walking and driving by honked and raised their fists in support, Hannah Himes of the Frederick News-Post reports.

RASKIN ON PROTESTS, TRUMP: In an interview with Bruce DePuyt of Maryland Matters, U.S. Rep. Jamie Raskin addresses the recent Black Lives Matter protests and President Trump’s reaction, saying, Trump “crushed the First Amendment rights of thousands of Americans who were assembled there. … violated the right to peaceably assemble, the right to petition government for a redress of grievances, the right of free speech, and the right of the press to cover it.”

MD GUARD RETURN FROM D.C.: Members of the Maryland National Guard on Saturday returned from Washington, D.C., where they had controversially been sent to guard national monuments, Pamela Wood reports in the Sun. They had been sent down to D.C. on Tuesday.

BEN JEALOUS ON YOUTH ACTIVISM: Columnist Dan Rodricks of the Sun talks about keeping the young people’s political activism alive with Ben Jealous, the former president of the NAACP and 2018 Democratic candidate for governor of Maryland who takes over as president of People for the American Way on June 15.

CHURCH LEADERS RELUCTANT TO REOPEN: Even after Maryland and Baltimore County officials announced that houses of worship will be allowed to resume holding limited indoor services, some church leaders are reluctant to do so, writes Jonathan Pitts for the Sun.

OPINION: TOO SOON TO OPEN HOUSES OF WORSHIP: In a column for the Sun, pastor Mark Parker and Rabbi Ariana Katz write on that “We, as 95 multifaith religious and community leaders in Maryland, are deeply concerned about Gov. Larry Hogan’s May 27th decision to resume indoor gatherings at 50% capacity for worship.”

COMMUNITY COLLEGES STEP UP FOR STUDENTS: Maryland community colleges see an opportunity to extend their increased summer enrollment rates into the fall semester. Community colleges, with their lower fees, are taking advantage of families’ and students’ reluctance to pay standard four-year tuition rates for a menu of largely online classes. And community colleges are providing further financial incentives while adding health protections for new and returning students, Ellie Heffernan of the Daily Record is reporting.

GOP LEADER HAS VIRUS: House Minority Leader Nic Kipke of Anne Arundel County has been ill with coronavirus, he reports on his Facebook page. “Fortunately, the symptoms are mild though I get winded pretty easily but other than that it’s definitely not the worst cold I’ve ever had for sure. I lost the sense of taste and smell which is so weird and I hope it doesn’t last long. The kids have no symptoms but [wife] Susannah definitely has a mild case. My grandfather Buz Platt is still in the hospital but continues to do way better than I could have ever expected, he’s an iron man for sure!”

ALEXANDER & CLEAVER SELL LOBBYING ARM: A once-venerable Annapolis lobbying firm is throwing in the towel and giving up its prestigious office space on State Circle as former employees move on and rebrand themselves, Bryan Sears of the Daily Record reports. Barbara Zektick, director of government relations for Alexander & Cleaver, announced Friday that she has purchased the 35-year-old lobbying practice.

CYCLIST FOUND, CHARGED, APOLOGIZES: A Maryland man charged with assaulting three teenagers after a video showed him grabbing a protest flyer from one of teens is apologizing, Neal Augenstein of WTOP-AM reports. 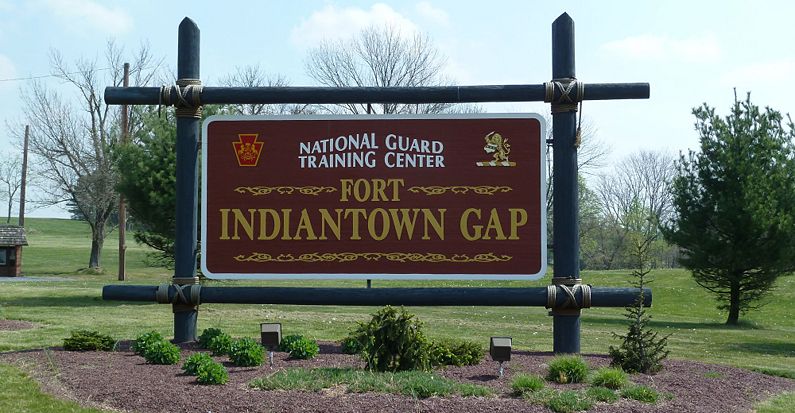 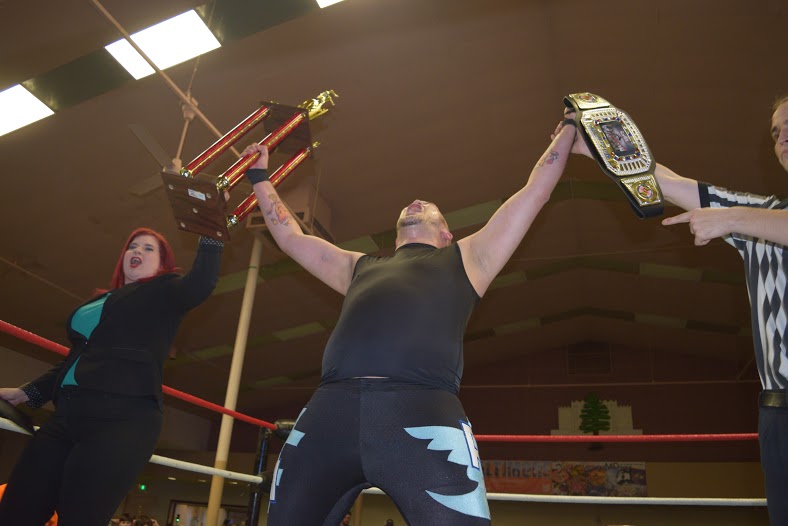