December 5 is approaching fast, which means that small children in Holland and Flanders (the Dutch speaking part of Belgium) are getting nervous and excited.

Because December 5 is the annual feast day of ‘Sinterklaas’ or ‘Saint Nicholas’ (the precursor of Santa Claus), when the children who have been good and honest will get praise and presents from the holy man. For Saint Nicholas is the protector and savior of children, and besides this he is also the guardian of sailors and the patron saint of the city of Amsterdam. No wonder that he is an ageless and important symbol in Dutch culture!

And December 5 is also the day that Dutch adults give each other anonymous presents that are supposed to come from Saint Nicholas. These presents have to be accompanied by a poem that expresses love, gratitude or even mockery. You want to sens a message to the woman that you secretly love? Or make something clear to your annoying boss? December 5 is your chance, and anything goes as long as it is expressed in a poem and accompanied by a sweet present, like the traditional Saint Nicholas gift: a chocolate initial of her or his name.

But the past few years this friendly and innocent Dutch family feast of Saint Nicholas is turning sour, because the “Black Peters,” the helpers of Saint Nicholas, are accused of being racist symbols and reminders of the time of slavery, slave trade and racial discrimination. Even the UN Human Rights Council has made “Black Peter” into an important issue and symbol, in its world wide efforts to eliminate racial differences and discrimination. But here the UN misses an important point and it ignores the earliest European history and its oldest traditions. For there is much more to Saint Nicholas and Black Pete than meets the eye, because both have a history that goes back for many centuries.

There is historical evidence that Christian feasts like Saint Nicholas, Christmas and Epiphany have arisen from pre-Christian Germanic and Nordic Midwinter Solstice rituals that were once celebrated all over central and northern Europe. A Christmas tree with decorations, candles and presents, is an ancient symbol that expresses the joy for the return of the light and the hope for a bountiful harvest in the coming year. The nativity scene was only added after the advent of Christianity in Europe. Just like Easter, which was originally a ritual to express gratitude for the renewed life and fertility in nature, but which was later also adapted to the Christian faith.

The mythological god Odin or Wodan played an important role in these pre-Christian Midwinter rituals, and much of this is still recognizable in Saint Nicholas, like his magic cape, cap and staff. And, especially, his horse that allows him to ride over the rooftops and fly from house to house to bring presents to the children.

However, Black Pete is equally fascinating, because he, too, is an ancient and mythological European Midwinter symbol. And besides Holland and Belgium, he is also popular in Germany, Austria, Switzerland and other countries in central Europe. There are reasons to assume that Black Pete is in fact an adapted and domesticated continuation of the once fearsome ‘beserkers’, the helpers and protectors of the god Odin.

These “beserkers” not only existed in early European mythology, but also in real history as fearless and reckless Nordic warriors who wore bearskins and made themselves black to be more scary during daytime and to be invisible during the night.

And these functions of protector and servant are still visible in the Black Pete of today. And just like the mythological ‘beserkers’ a true Black Pete also acts a bit wild and crazy, because because he is the life and spirit of the feast.  But he also has to watch for intruders and “disbelievers” who want to disrupt the party.

And to perform these tasks he is completely free to roam around among the festive crowds, making fun and doing acrobatics, while handing out small presents and sweets to the children. But at the same time also checking for misbehaving and unwanted persons.

Traditionally, Black Pete also had the task to catch naughty and disrespectful children and bring them to Saint Nicholas for a stern reprimand, which explains the double attitude of many children towards Black Pete. In their heart they know that he is their friend and protector, who secretly and invisibly enters their house to bring presents at night. But on the other hand he is a bit scary because he is black and extravagant and knows everything about you.

But in the end it is not Saint Nicholas himself, but always the good Black Pete, the friend and protector of children, the bringer of presents, but also he punisher of bad and evil, who is the most popular and most loved figure in European folk culture.

Let’s hope that the lack of understanding of the UN Human Rights Council doesn’t destroy that symbol, for in reality Black Pete belongs on the UN Cultural World Heritage List! 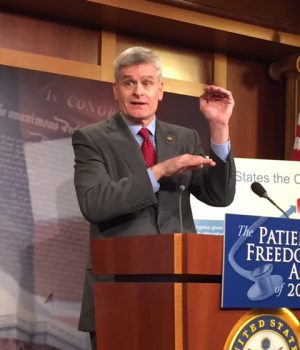