Playing to the public’s worst fears is the thing to do if you’re a Republican politician these days, be it Maryland Gov. Larry Hogan Jr., Donald Trump, Ben Carson, Sen. Marco Rubio or Sen. Ted Cruz. It boosts your poll ratings.

Panic-mongering is in vogue inside the GOP.

Trump approves of beating up dissenters at his events, torturing Muslim terrorists, barring all Syrian refugees from this country, making U.S. Syrians register (but no yellow badge sewn to their clothing) and closing U.S. mosques.

Carson also wants to look at closing mosques, forcing Muslims to register and carry a special ID that notes their religion. He suggests suspected Muslim bad guys deserve the same fate as “a rabid dog.”

Rubio wants to shut down any place where Muslims might conspire – mosques, cafes, diners and Internet sites. No Syrian refugees would be allowed in the U.S. He even invented a new adjective to describe our dire situation: “civilizational struggle.”

Syrian Christians, but no Muslims

Xenophobia and Islamophobia dominate GOP rhetoric – even on the state level. Hogan joined fellow Republican governors in announcing he’d refuse to accept Syrian refugees in Maryland who are fleeing the ISIS-Assad violence for fear they’d be terrorists.

He and the other GOP governors politicized the issue by asserting the Obama administration does a slipshod job vetting these refugees.

It would have helped if Hogan first had checked his facts. The vetting process is rigorous and takes 12 to 24 months.

But Hogan and the other GOP governors don’t care about facts. They’d rather put out false allegations and keep saying they’re true.

Hogan also decided to ignore another simple fact: He has no power to stop the president from re-locating Syrian refugees in Maryland. He can’t close Maryland’s borders.

Indeed, Baltimore Mayor Stephanie Rawlings-Blake quickly announced she wants the president to bring refugees to Baltimore. Montgomery County Executive Ike Leggett and the entire County Council did the same thing. Sure, these were political slaps at Hogan, but it served to illustrate the widely divergent views on refugee politics between Democrats and Republicans.

A total of 43 Syrian refugees have previously re-settled in Baltimore. Not one has been revealed as a terrorist. They have been assimilated into the community without any problems.

Should they be deported for their religious beliefs or where they come from?

Hogan needs to clarify his position and explain precisely why this new batch of refugees, most of them women and children fleeing ISIS-Assad violence, are so dangerous to the welfare of Maryland citizens.

While Hogan’s anti-refugee stance puts him in lockstep with his fellow Republican governors, it is hardly what one would expect from the husband of a Korean immigrant.

Immigrants are especially sensitive to the plight of other people fleeing violence and religious oppression who see America as a safe harbor where their children can have a better life.

Hogan would do well to read carefully a letter he received from state Del. Kirill Reznik of Montgomery County on this topic.

Here’s what Reznik wrote in his pre-Thanksgiving Day letter:

“In the late 1970s, my family was granted refugee status to come to the United States from the country I was born in, the Soviet Union. You might recall it was the height of the Cold War and the Soviet Union was our mortal enemy.

“History tells us that the Soviets had over 40,000 nuclear warheads pointed at the United States, a far deadlier prospect than anything [ISIS] can offer. And yet, we came. Maybe it helped that our skin was white and our religion was Judaism. Nevertheless, the suspicion leveled at us when we arrived – our motivations for coming, our loyalties to our former country – was something that even a 5-year old boy clutching his mother’s skirt as she went for job interviews at the local diner could feel.

“History also teaches us that this is not the first time that we, as Americans, have betrayed our promise to the world when we accepted the Statue of Liberty as a gift from our French friends. We told the world to ‘give me your tired, your poor, your huddled masses yearning to breathe free.’ I guess we added the asterisks later. . . .

“Since September 11, 2001, the United States has accepted over 700,000 refugees from the Middle East and South and Central Asia. Yet, the most acts of terror have come from home grown evil. People like Wade Michael Page who opened fire on a Sikh Temple in Wisconsin because he thought they were Muslim; Jim David Adkisson who shot up a Unitarian Church in Knoxville because they supported marriage equality; Joseph Stack who flew a plane into the IRS building in Austin; and, most recently, Dylann Roof who shot up an AME Church in Charleston, and on and on. Not to mention the countless terrorists who walk armed and unimpeded onto schools and university campuses on what feels like a weekly basis.

“The people running to Europe and the United States are begging for refuge, hence the term, refugees. I remember what that was like. So, as we all sit down to eat turkey and watch football in a couple of weeks, maybe we can do something truly thankful and help our global community. Since your powers as Governor do not actually include stopping refugees at the Maryland border, let’s try some compassion instead.” 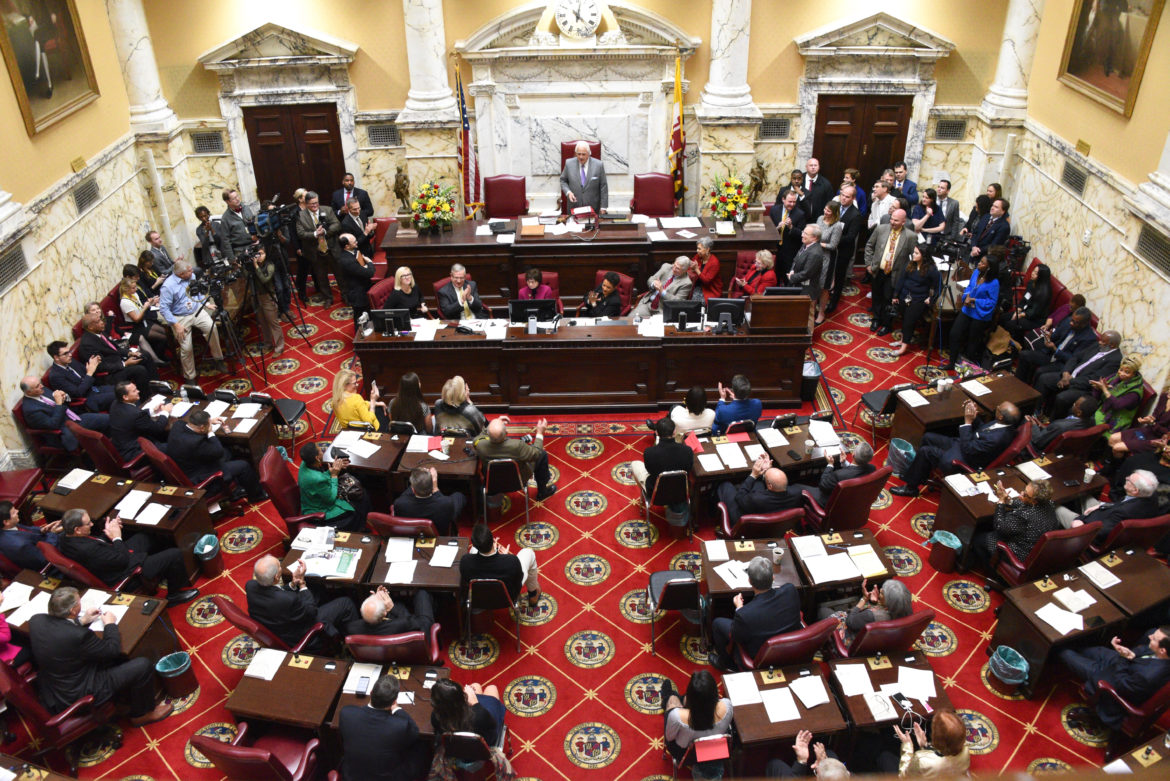