I don’t want to be a real beauty buzz kill or rain on any skin softening parade but the makers of DOVE skin care products are NOT our friends.

They do NOT care about us.

We are a demographic that is easily manipulated into being the most targeted consumers in the history of this country’s considerable consumption.

When I say that you are a target I want you to think of a sharp shooter, who means to do you harm, pointing a lethal instrument directly at you.

That sharp shooter is an advertiser and he is working for corporations like Unilever, which owns the Dove brand name.

Billions, and I mean billions of dollars have been spent on the science of manipulating consumers and everyone – again- everyone who has a product to sell is involved.

I present to you- my Capitalism conspiracy theory. Please, as you read this, keep in mind that it’s not paranoia if everyone really is out to get you.

Girl – if you think Dove has spent a penny to make you feel better about yourself then you need to wake up from a dream that looks more like a nightmare to me than the mind-numbingly misogynistic AXE commercials which, by the way, are owned by the same company that owns Dove.

While their one corporate hand is stroking our insecurities and offering us the candy of validation the other hand is selling us like chattel to the male consumers and taking from us everything that it can get with no regard to how it will affect us in the long run.

This corporate molestation of our psyches is endorsed and encouraged by anyone trying to make a buck in this world and we, as victims of this abuse end up identifying with our abusers.

How? Well, we buy the damn products and try as hard as we can to be better than we are.

The most recent attempt by Dove to ingratiate themselves into our vulnerable places is this vomit worthy add where a forensic sketch artist creates an image of a woman as she describes herself and then another image of how someone else describes her.

The women in the ad use the terms “fat” “big” and “protruding” and it is understood by all that these things are bad.

The strangers describe the women with terms like “cute” and “thin” and “nice” which are expressions that have been drilled into us since birth and represent the so-called desirable attributes of being female.

Please tell me where the revolutionary new support of women is here because I don’t see it.

The result of this garbage is two sketches – one (understandably) more severe and tired looking than the other.

The women examine the images with nervous demeanors and tears in their eyes when they realize that they don’t see themselves as beautiful but other people do.

They feel ashamed of themselves and vow to be better examples to their daughters.

Can I get a PUH-LEEZE?

You have better things to do with your life than sit around wondering if you think you’re as pretty as someone else thinks you are. Can you imagine MEN wasting their energy that way?

The fact that thinking women are sharing this ick as if it is in some way pro-us makes me want to run around throwing ice water into everyone’s face to wake them out of the trance they are clearly in.

Believe me – I have been in sales since I was sixteen years old. I have seen the way salesmen are taught to sway their potential clients.

They are learning what fears and insecurities to exploit in order to make the little humans do what they want them to do.

They understand that women require a healthy injection of shame and unworthiness and insecurity in order to get them to spend their money. (Apparently, confident women know how to hold onto it.)

Think about it. Insecurity in a woman makes her willing to put out to a guy who has nothing more to offer than a cocktail and a complement. It makes her do rather desperate things in order to feel like she’s valued in some way.

The average man, however, is motivated by the promises of sex and power. Insecurity in a man is the salesperson’s worst nightmare.

Men have to believe that charging headlong into a purchase will make them virile and powerful.

One moment’s flash of uncertainty in a man will make a deal go soft faster than the salesman can switch the bait.

The result is a commercial onslaught of messages strategically designed to keep women feeling bad about themselves and to keep men’s ego’s puffed up like blowfish.

This is why so many gorgeous women are riddled with self-doubt while the most repulsive of men can believe whole heartedly that they are babe magnets.

Please do not misconstrue any part of this to be aggression toward men. It isn’t. I like men and they like me. My aggression is toward a marketing strategy that turns us all into dancing puppets.

The point I am trying to make here is that we are, all of us, being brainwashed.

It’s just that straight men are being made to believe they are far greater than they really are while women are being convinced of their worthlessness.

It’s time that corporate advertisers catch up to the reality that times are changing. Women are embracing power that has nothing to do with how they look and many men are appreciating a woman’s perfectly formed opinion at least as much as they appreciate her perfectly formed ass.

Unilever realizes that they need to do something to make them seem pro women not because they believe in or care about us but because women are making more money every day and they want it.

The Dove Real Beauty commercials are Unilever’s way of feigning support for women while keeping up to their same old, covert, misogynistic, product moving shenanigans.

It’s our job to let them know that we aren’t buying it. 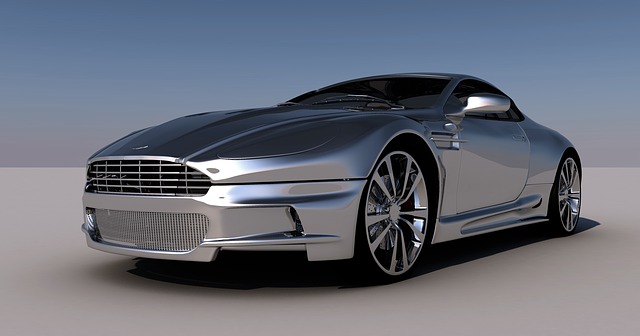 How to get the best car loan