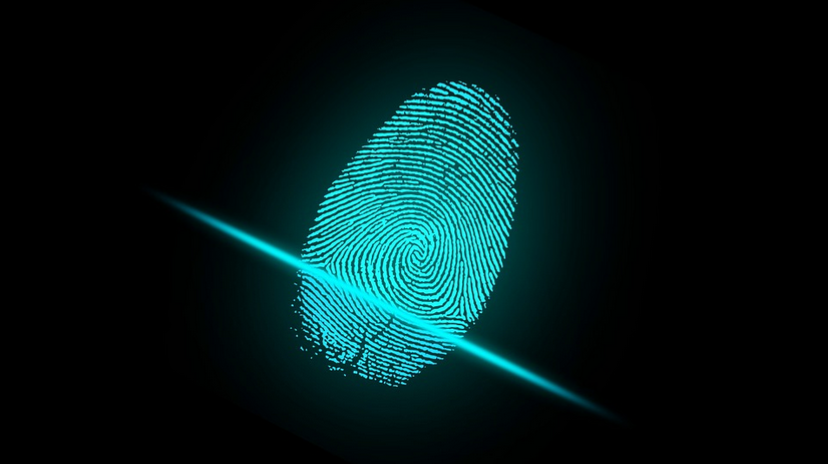 In his new book, Person of Interest, J. Warner Wallace maintains that science, the arts, literature and culture have roots in the far-reaching life and ministry of Jesus of Nazareth. (Pixabay)

Merriam-Webster defines the term person of interest as: A person who is believed to be possibly involved in a crime but has not been charged or arrested. Jesus of Nazareth – the itinerant first-century sage, who billions believe is the Lord of creation and trust as their savior – was tried and convicted of blasphemy before the Jewish Sanhedrin; then he was executed for sedition by the Roman governor of Judea.

At least, that’s the story told in the New Testament.

Detective J. Warner Wallace believes the story of Jesus transcends the familiar accounts of His earthly life, and can be thoroughly substantiated without ever reading the New Testament. Warner breaks down the evidence – both for and against the historical Jesus – in his new book, Person of Interest: Why Jesus Still Matters in a World that Rejects the Bible (2021 Zondervan).

We recently spoke with Wallace to learn more about this most unusual person of interest, and to get a better look at how a cold-case detective would reconstruct the far-reaching life of Jesus.

BPE: Your background includes years of work as a cold-case police detective. Could you please explain exactly what you mean when you use the term “person of interest”?

Wallace: The term person of interest is usually used of somebody who is important to an investigation. Often, these are people who are a suspect, but there’s not enough evidence yet to make a case. We think this might be a good candidate as a suspect, so we’ll have them listed as a potential suspect.

But the term is also used of somebody who may be a key witness; somebody who might be able to be interviewed if we don’t have a suspect, but can point us to a potential suspect or suspects. So typically that is how the term is used.

BPE: How does that definition factor into the scope of a book about Jesus?

I believe there is.

Sometimes with cold-cases, years may go by, and by the time we work one as a homicide, there are no photographs of a crime scene, because it wasn’t originally taken that way. So we end up having to do a case where we have no crime scene photos, no evidence from the crime scene, and often no body.

How do you make that case (for murder) in front of a jury? What you basically do is you demonstrate that on the day this crime happened, something explosive took place. And that explosion of anger – explosion of violence – is like a bomb that goes off, and there’s a long fuse that burns, up to the explosion of the bomb. Once that bomb is detonated and explodes, there’s stuff all over the blast radius – all this shrapnel.

I’m using a very similar approach here with the person of Jesus.

I want to use zero evidence from the New Testament. I’m going to imagine a scenario in which every New Testament has been utterly destroyed. Can we still know something about Jesus, and how much could we know, if we just looked at the fuse and the fallout of history? That period of time leading up to the first century, and all of the history that follows the first century. I actually think you can make a case for the historicity and deity of Jesus, without having access to any New Testament documents.

BPE: It sounds as if your approach to this subject is unique. How important is this Bible-free tact in the use of Christian apologetics?

Wallace: Well, when someone tells you your approach sounds unique, you’ve got to take a step back and acknowledge that everyone will have their own approach. But I do think that what we tried to do here is be creative.

This is often how you solve cold-cases. 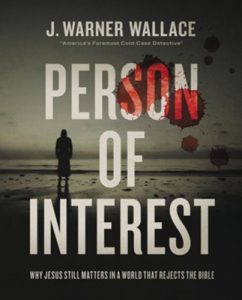 You get a case from 10-15 years ago and can see the kind of concentric circles of the original investigation; where they looked for evidence.

But then you ask, “If this occurred over here, wouldn’t we also expect evidence of crime in some other unusual places?” Maybe the person who first looked at this wasn’t thinking as creatively.

What we do is, we start to think outside of the box about the amount of evidence and where we might find evidence that they didn’t see before. This is how you solve cold cases. You acquire evidence in places that you might not expect to find evidence.

That’s what we did with this book. We found evidence in a creative way that is absolutely legitimate – a way that is not at all fictional. And we looked at various places in history.

Keep in mind, we’re not just showing the impact that Jesus had on history. There are lots of books that do that. We are trying to show that his fingerprints, and the details of his story, can be recovered from these weird aspects of culture where you might not expect to find it.

Wallace: What if I told you we can reconstruct the story of Jesus from all the sciences, or from the campuses of the top universities in the world?

The point here is that everything is on the table – not just what you consider to be obvious evidence for a particular claim. So what we do when we have a person of interest, we say that the whole field is open to us. This is how you solve cases in criminal trials.

This is also how you make a case for Jesus.

BPE: Can modern police work either prove or disprove the ancient accounts of Jesus?

Wallace: I never use prove or disprove as a word. I can’t prove anything to you. I can definitely make a case that I think has the most reasonable inference and lands us in a particular direction, but whether I proved it to you often involves more than just the strength of the evidence.

BPE: Is it fair to say that most jurors today may feel uneasy with the case you are presenting? That going in they might believe that Jesus was actually mortal, and science has debunked the virgin birth, the resurrection, and other miracles attributed to Him?

Wallace: Well, I think the surveys show that the vast majority of people globally believe in some type of a supernatural, higher power of some some sort. How that shakes out in terms of the world religions – or what they believe about their own view of God – that varies, of course. But it’s not as though most humans do not believe in miracles or anything that’s divine.

There’s a bunch of studies I cite in the book that demonstrate that people are inclined toward believing that the design features they see in the world are actually the consequence of a designer. One of those things that researchers are saying now is we’re kind of born with this predisposition in our bones.

Now, do I think that people are more secular? Yes, but that’s because there is a vocal minority in any population which utterly rejects anything supernatural.

That’s one of the reasons why I wanted to write this book. Again, we’re not just looking at those areas that Jesus impacts deeply. We’re also looking at areas like art and literature, where he leaves fingerprints, so the entire story of Jesus could be completely reconstructed from these various dimensions – even if every Bible was destroyed.

BPE: Can a true skeptic be convinced?

Wallace: My goal has never been to convince true skeptics. I was a true skeptic, and I was convinced, but again, all I can do is share what is true. Whether or not that person is convinced, I also believe, that’s the action of God. In other words, I can help remove barriers that people have built up around themselves.

I will say we have to do a better job of assessing where people are at before we think, “Oh, I have a silver bullet explanation that’ll bring them to faith.” We have to know more about people and what their objections to Christianity may be.

BPE: Why is the Jesus story still relevant today?

Wallace: Because of all the things I mentioned – the things that mattered to me as an atheist – literature, art, music, education, and science. When you look at the whole of Western history, it turns out those five things are utterly dependent upon the worldview inaugurated by Jesus of Nazareth, and how it was acted out in the world by his followers.

Without Jesus, you cannot have literature as we know it today. The most inspiring, most written about character in all of literature is Jesus of Nazareth.

You cannot have music as we know it today, because so much of the musical tradition of Christendom became the foundation for the history and development of music.

Let’s look at the arts. Every single genre of art, over every epic period of art history, has been dominated by people who at some point etched, painted, sculpted or drew Jesus of Nazareth – even people who are not believers.

Jesus has inspired history and culture like no other historical figure in education too. The first three universities established in Bologna, Paris and Oxford; the top 15 universities in the world today; were all established by Christ followers.

In the sciences, no one contributed more to the history of science than Christ followers. And they did this because Jesus’ worldview is a catalyst for the exploration of these areas.

Jesus still matters because of the things that you would say matter. Even if you deny Jesus, life as we know it was foundationally shaped, motivated, moved and inspired by Jesus of Nazareth.