Nick Stewart with wife Katie, who were celebrating their anniversary at his announcement.

DISTRICT 12: Add one new candidate for the three open seats in District 12, the Baltimore-Howard County district: Nick Stewart, a Saul Ewing law firm associate and speechwriter for Gov. Martin O’Malley in the early days. Departing Del. Jimmy Malone introduced Stewart, saying he was only the second of the more than dozen Democratic candidates he was supporting for the only legislative district in the state with three open seats.

Stewart is 29 and the crowd of about 70 in Arbutus was definitely on the young side of 40.

Also attending the event was realtor Jim Hyatt, who was about to announce for one of the three seats, but told MarylandReporter.com the race had put too much of a strain on his family as he sought to juggle the demands of the campaign and the real estate firm he runs.

GEEZER CEILING: Anyone in their 30s joining the General Assembly will find a body run by people old enough to be their parents, or even grandparents. With little change expected in the leadership at the top, committee chairs will likely stay the same.

Here’s a rundown of the legislative leadership, with their current ages and length of service.

Legislators reach there maximum pension after 22 years of service, which entitles them to two-thirds of the salary of current lawmakers, now $43,500.

About 120 people attend the Annapolis mayoral debate at Congregation Kneseth Israel sponsored by the League of Women Voters.

COHEN VS. PANETILIDES: By comparison, the two candidates vying to be mayor of Annapolis are youngsters. Incumbent Democratic Mayor Josh Cohen is 40 and his Republican challenger Mike Pantelides, 29. The two men debated Wednesday night.

Pantelides as expected constantly pounded Cohen over tax hikes, parking meter hikes, water bill hike and bus fare hikes. He also criticized a reduction of services, including a privatization of trash collection that cut pickups to once a week, though reducing trash fees. “We have a culture of taxing and spending in Annapolis,” said Pantelides, who grew up in Annapolis, as did Cohen.

Cohen, embattled over plans for the City Dock area, defended his stewardship, saying he faced deficits, and needed to cut spending and lay off employees in his first year. “The bus system is now paying for itself; the water system is paying for itself. We’ve been able to fix our cash flow problem.”

Annapolis is a Democratic city, but Pantelides is hoping that the Democrats who voted for Cohen’s challenger in the primary will come over to him in the Nov. 5 election.

TEACHERS ENDORSEMENT: The Democratic candidates for governor have been rolling out their education proposals this week partly in preparation for the battle over the endorsement of the Maryland State Education Association, the teacher’s union, which will take place Oct. 19 in Ocean City.

The only candidate for governor addressing the teachers next Friday who actually belonged to the teachers union is also the candidate least likely to win their backing — Harford County Executive David Craig. He is a Republican who spent 34 years as a teacher and a school administrator but his party label makes the union backing improbable.

“Their issues are important to us,” said Craig campaign manager Paul Ellington. “We don’t intend to turn our back on anyone.”

Craig was a member of the union when the Harford County Education Association went on strike in 1976, Ellington noted, and while Craig didn’t support the strike — illegal then as it is still now — he said Craig didn’t cross the picket line.

KITTLEMAN AND COLUMBIA: It may have been the seventh annual picnic on his West Friendship farm, but Sen. Allan Kittleman is now running for Howard County executive, and he wanted to remind the several hundred guests that he “grew up with Columbia.”

He knows that as a Republican, people suggest he wants to cut education, but “that’s the farthest thing from my mind.” His wife Robin is a public school teacher, as is a daughter, and Kittleman did student teaching in Howard County before he turned to the law.

Howard County is a wealthy and successful county, but he said, “I’m not happy with ‘it’s not broken, so don’t fix it.’”

“We’re not going to be remembered for how wealthy we are,” he said, but for helping those in the community who are struggling. 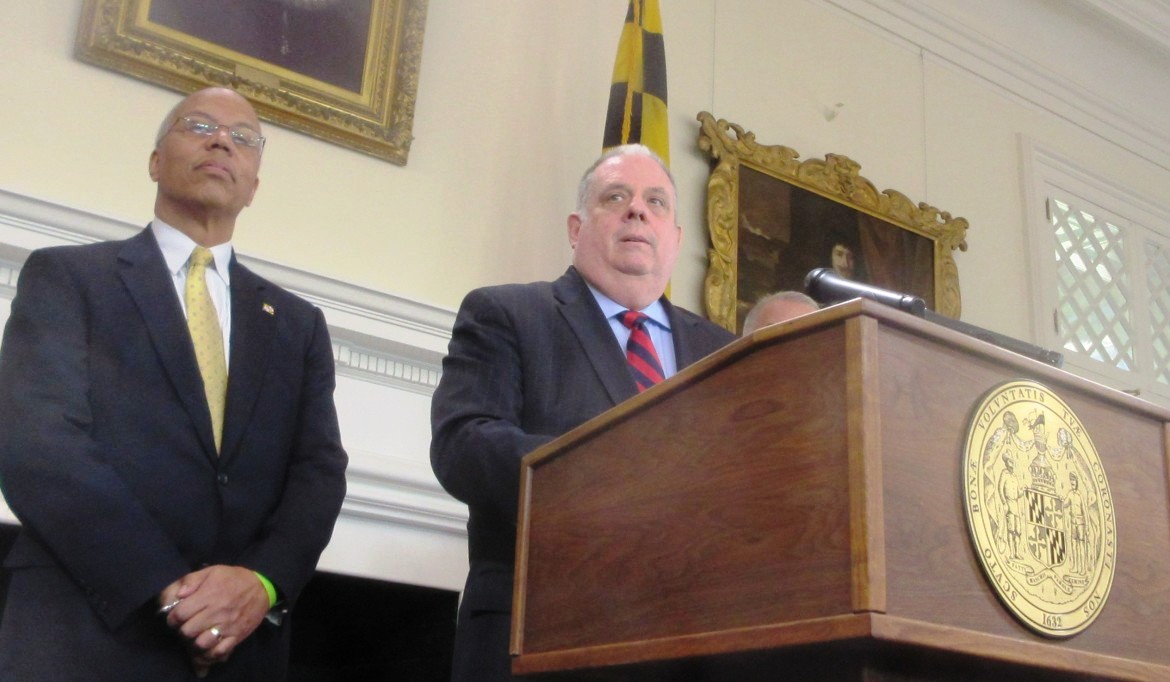