The story my father told his kids too often went like this:  in the fall of 1939, he attended his first college level math class, Calculus I expect, at the University of Notre Dame.  The priest teaching the class had two questions for his students.  He first asked who attended Catholic school before coming to ND?  Half the class raised their hands, my father included.  Then, he asked who had come from public school?  The other half raised their hands.

The priests’ instructions were simple:  those who went to Catholic school were given half the term off.  Those who had come from public school needed to remain and catch up.  Still, he reminded those who’d rejoiced at being given half the term off that they’d better be ready by mid term.  And why?  The students from public school, the priest reminded the others, will have caught up, with learning fresh in their minds.

The metaphor for living my father employed on his children was no knock on public education, then or in the present.  As we know, our public schools still educate many of the best minds in our nation.  It was simply, in that time, many young Catholic men who came to ND from public high schools had not been trained in math at the level the school required.  The priest applied a simple form of remediation to bring all his students up to the same level before going forward with finer learning.

An interview with Pope Francis, published in the U.S. last Thursday in the Catholic journal, America, has plenty of minds awhirl.  Something rich in the mind of this man, the first Pope to come from the Americas, has some Catholics elated, leaving others worried.  Without any doctrinal change, Pope Francis is showing a willingness to engage his flock of over 1 billion worldwide by reminding them the “saving love of God comes before moral and religious imperatives.”

Many Catholics, lapsed and still practicing, have long feared the church has been narrowing its focus over the decades, willing to be a smaller group of ‘selected people’.  Francis addresses this presumption by stating, “We must not reduce the bosom of the universal church to a nest protecting our mediocrity.”  He refers to the church as Mother, who should be fruitful.  When he has perceived negative behaviors emanating from the church, he refers to those individuals as ‘unfruitful bachelors’ or ‘spinsters’ for their inability to give spiritual life.

When asked what the church most needs to do, Francis repeats, “heal the wounds” to make a point.  “Heal the wounds,” he says again before reminding the interviewer, “you have to start from the ground up. ”

He refers to a homosexual man who had written to him feeling ‘socially wounded’ as the church has condemned him.  Francis’ response undergirds how powerful ‘mercy’ and compassion is integrated into the man:  “The church does not want to do this” to a man of goodwill who is in search of God.  Francis then reminds the interviewer “the church has a right to an opinion, but God in Creation has set us free.”

Later on in the interview, Francis says the church needs to find a “new balance” rather than having a ministry “obsessed with the transmission of a disjointed multitude of doctrines to be imposed insistently.” Fearing “even the moral edifice of the church is likely to fall like a house of cards”, he insists “ the Proposal of the Gospel must be more simple, profound and radiant.”

I understand some Catholics’ perception that Pope Francis is leading the church toward a lax enforcement of doctrine.  Still, nothing could be further from the truth.  Francis seems confident in his intellect, unafraid in the fallibility of man when he states “we must all walk together, united in our differences.  This is the way of Jesus.”

For Francis, the church’s firm stand on abortion or homosexuality does not make the issues any simpler to contend with.  In what seems a conflict, Francis makes the example that “a vow of chastity must be a vow of fruitfulness”.  Still, many Catholics feel the need to enforce doctrine strictly for their security.   To counter this, Francis’ artful mind seems intent to recover church “genius” and, in particular, “feminine genius.”

Overall, Pope Francis is choosing a shift in doctrinal focus, by bringing God’s love and the power of the Gospel to the fore.  In so doing, he believes the individual will be better equipped for the moral challenges they face.  Conservative believers may see this as a doctrinal change.  In truth, Francis proposals are a mere remediation of faith, meant to enhance the “freshness and fragrance of the Gospel.”

President Obama spoke at the graduation ceremony in 2009 at the same University of Notre Dame my father graduated from 70 years ago.  Father Jenkins, head of the university, tried to intervene when anti abortion protestors attempted to drown out the president. The president instead offered the protestors a chance to speak.  He then asked all those in attendance whether it was more important to live in a world divided on moral convictions rather than work together to lower the number of unwanted pregnancies?

Like so many options President Obama has brought to the fore since then, he was cynically attacked by a large cross section of this nation who still feel his tenure does not command the respect Jesus gave a sinful prostitute.

What is stranger still is the strategy, devised early in 2009 by GOP leaders in Congress, to rebuff anything this president attempts and then claim a moral high ground against him.

Disagreeing with President Obama is not a problem.  Refusing to work with him is.  Forty two attempts by the House GOP to repeal the Affordable Care Act, duly passed in Congress and affirmed at the Supreme Court simply because the president helped pass it, is unethical.  If, in practice Obamacare fails, then it will be seen as such.

While both sides of U.S. political divide in Congress could use remediation in the practice of politics such as Pope Francis is offering Catholics from Rome, the GOP has further to go.  I have as little use for three-faced Reverend Al Sharpton as I do for blowhard Rush Limbaugh.  Still, the GOP must learn repeal is no compromise.

Seeking power by artificially dividing us from our common goals is not only bad government.  It is also lacks faith. 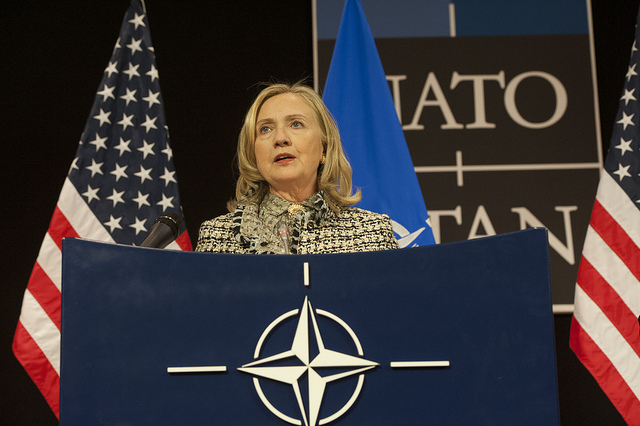