When you met Margaret Thatcher, what you saw was what you got.

My few face-to-face meetings with Mrs. (later Baroness) Thatcher were never one on one, either when she was in power or out of it. But being a foreign correspondent is a great way to be a fly on a wall and eyeball the great and famous close-up.

From what I saw of Thatcher over the years, her tremendous strength came from her very simplicity. She was like a classic sculpture or weapon carved or machined from a single block of marble, granite – or best of all, tungsten steel.

She was a genteel middle class English lady typical of the standards and values of that particular breed over the past 200 years. One senses she and Jane Austin would have gotten on extremely well. She would have had no time for the Bronte sisters – far too tragic, unstable and plain weepy for her tastes.

Her tastes and values were those of middle-class England in the first half of the 20th century. She never cursed or used strong language. She was always the soul of polite and proper behavior. But she was also entirely certain of her self-righteousness. Like President Harry S. Truman, with whom she has surprisingly much in common, she never for a second, was even tempted to succumb to what late Secretary of State Dean Acheson called the most enfeebling of emotions – regret.

Her qualities of mind and soul were long underestimated – and still are. Although just the daughter of an obscure grocer from Grantham in the heart of England, she won her way into Oxford University. She studied chemistry and was outstanding at it. Her early professors were unanimous that she would have had an outstanding scientific career doing major research if she had wanted to.

Instead, politics was her ambition and her passion: She was an exceptionally successful professional politician for a quarter of a century, including two decades in the House of Commons, before she became Prime Minister.

Her scientific background gave her a command of economic and military issues that was exceptional among world leaders of her time. She knew when to pick a fight – with her trades unions enemies, with the Irish Republican Army and the Argentinian military junta – and when not to.

She ended 17 years of diplomatic deadlock and humiliation for four previous successive British governments by forcing the white-rule minority settlers in Rhodesia to hand over power to Robert Mugabe in what became Zimbabwe. It never bothered her that Mugabe was a genocidal Marxist tyrant who slaughtered scores of thousands of the rival Ndebele (formerly known as Matabele) people. She wanted to end the long and humiliating Rhodesia/Zimbabwe deadlock any way she could.

She also ended Britain’s 150 year rule in Hong Kong. She recognized it was impossible for Britain to hold the territory any longer against a mighty, rising China.

She really believed in, and lived, the old fashioned middle class values of private business, saving, investment and hard work.

She was, not, however in anyway a prude. Like Queen Elizabeth the Queen Mother she enjoyed having some gay friends who were smart and witty and who could entertain her.

The Iron Lady movie about her starring Meryl Streep is a travesty – a pathetic bungled joke. In contrast to the humorless, sanctimonious movie’s claim, her family paid no price for her ambition. Her children were already adults well before she became prime minister. Her marriage never suffered for a second from her fame and was intensely happy.

Her husband Dennis was the ideal life companion for her. He was a wealthy and successful businessman and company director in his own right. Secure and happy in his own success, he rejoiced in hers. He was far more of a right winger than she ever was. He applauded with delight as she systematically humiliated, crushed and broke the enemies of their country at home and abroad during her extraordinary 11 years in power.

She did not rule in isolation or arrogance. Until the inescapable infirmities of extreme old age caught up with her, she was always sociable and cheerful. She enjoyed receptions and dinner parties. She was enormously popular with the rank and file members of the Conservative Party and she genuinely liked them back. She came from exactly the same upper middle class background so many of them did.

Her charisma among her supporters and admirers was extraordinary, especially as she never bothered descending to any of the obvious and usually execrable contrivances of the charismatic leader. I was amazed over the years to learn the number of her most eminent male British admirers who admitted to having wet dreams about her. She was no demagogue. She laid down her arguments, her reasons and her convictions and that was that.

Forty years after the start of World War II and their Finest Hour, the British people lived through their Worst Hour. The total collapse of the nation into anarchy, rioting and even civil war that might cost millions of lives appeared to be only a matter of a few years, or even just a few months off. Slowly, steadily she rebuilt the authority of the nation state and its economic standing in the world. She gave the British back a confidence and a swagger they had not known since before the catastrophe of World War I decimated the cream of their manhood for half a century.

Her very normalness was her own protective camouflage. The exhausted, corrupt, defeatists who ran the Conservative Party for the 30 years after World War II would never have allowed her to rise through their ranks if they had known her true, core inner nature. Only as party leader, when she was already 50 years old, did she allow her true inner convictions and power to emerge.

In the middle of the reign of Elizabeth II, this extraordinary personality suddenly emerged from nowhere to deliver her people and restore their heritage. She, not Queen Elizabeth II, was the true heir of Elizabeth I, the true warrior monarch: Invincible, unbeatable, unstoppable — And so polite and charming when asking if you wanted milk or sugar in your tea. 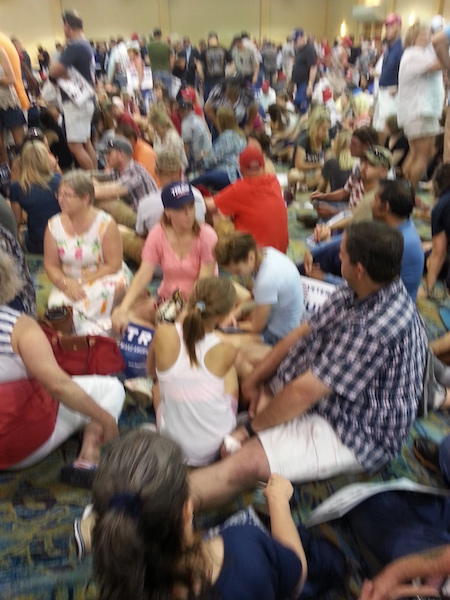