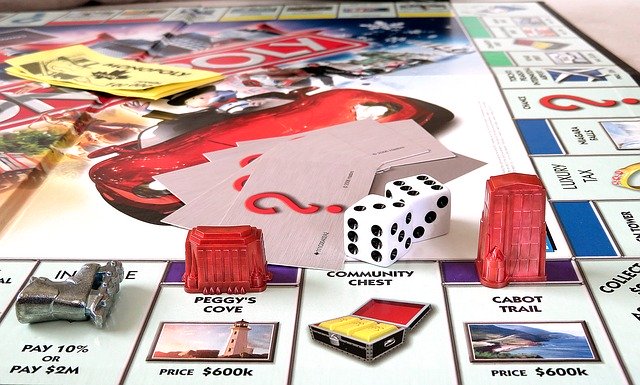 During the unprecedented events of recent months, the city of Baltimore has taken a responsible stance. In fact, it hit the international press when Mayor Young offered President Trump some lockdown advice and said he should stay at home over the Memorial Day weekend. The city has to the greatest extent practiced what it preached, and Baltimore residents found themselves at home with time on their hands that they weren’t expecting during April and May.

For many, that has led to a renaissance in gaming. Not gaming of the Fortnite of League of Legends variety – at least not entirely – but games that the family can play together. In the internet age, playing together can even happen when we are miles apart. Here, we take a look at some of the family-oriented games that have been capturing the imaginations of Baltimore residents from the ages of nine to 90.

This game is one of the classic Nintendo offerings and has been keeping players of all ages entertained for almost 20 years. Over that time, it has spawned numerous spin-offs, but the original remains as popular today as ever. The latest mobile version adds a whole new level of social gaming possibilities, and different players in different locations can join up and play together on the app.

Games that provide an opportunity for some crafty education on the side are always a winner. This Little Alchemy online game is one in which older generations can teach the kids a thing or two about chemistry. But you can be sure Grandma and Grandpa will soon be as drawn into the fun as the younger players. The object is to combine elements to create more complex compounds, and the mixture of science and magic is just right to keep it entertaining.

Lego is one of those toys that has always brought the generations together. Most of us have childhood memories of sitting on the floor with our parents “helping” to build creations, and usually completely taking over! In later years when we have kids, the roles are reversed and we finally get to play for ourselves! Lego Duplo world does an effective job in taking that whole experience into cyberspace. Don’t be put off by the “suitable for children under 4” tag – this really is a game that the whole family will love.

Another classic family game, Monopoly was first invented in 1933 and has been delighting and frustrating multi-generational families ever since. The first version was based on Atlantic City, and a special Baltimore edition hit the shelves last year. You can play Monopoly online with family and friends via the mobile app. Just be warned, if you thought playing around the table took a long time, an online game of Monopoly can sometimes last for days!

These are just a few of the games that have been keeping us sane during lockdown. Gaming is a great way of connecting with loved ones and bridging generation gaps, so make a point of continuing the fun as the world returns to normal.

Maryland is the best place for women to live in America

Deranged killers and us