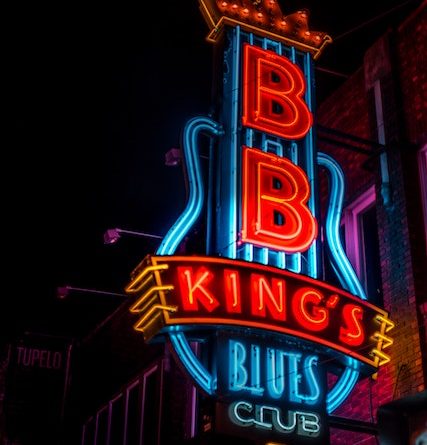 Photo by Heidi Kaden on Unsplash

If only I was BB King.  Unfortunately, while I could probably come up with a really cool name for my guitar, if I had one, I couldn’t play it.  Or sing.  …Now you know why I write for a living.

A “vacant property” can be vacant land with no structure on it or land with a structure on it that’s vacant – on a persistent basis.  It’s not, in other words, just temporarily vacant waiting for some plan or work in process to be completed.

According to “Vacant Buildings 101” by the Baltimore Heritage and Community Law Center organizations, The Baltimore Neighborhood Indicators Alliance estimates that the city had, in 2015, 31,370 vacant properties.  That number is consistent with what Baltimore Housing says are approximately 16,000 vacant buildings and 14,000 vacant lots.

In 2010, the U.S. Census Bureau estimated that there were 46,782 vacant properties in Baltimore.  That’s obviously a much larger number than the city’s estimate, but let’s not quibble over what definition different agencies are using or the accuracy of their counts.  Either way, the number is huge.

Unfortunately, what all these people did take with them is the futures and dreams of most of the people they left behind.  People who either didn’t want to leave or couldn’t for whatever reasons.  Needless to say, today’s Baltimore is not the city where my father grew up nor is it the city it was when I was a kid growing up in Annapolis.

No single fact confirms the deterioration of the city and the persistent ineffectiveness of its government more than the extent of this decline in population.  This extraordinary shrinking of the city – together, of course, with ineffectual city government – pretty much predicts and explains everything that is wrong with Baltimore.

“Good news!  Don’t despair.  The city is developing a new “entertainment zone” with a TopGolf driving range and bar downtown, on the water!”

And that’s just what Baltimore needs?  To save the Horseshoe Casino which was a mistake to begin with?

SECURITY!  Please have this voice removed from my op/ed.  Thank you.  …Back to the point I was about to make.

In fact, there is good news having to do with all these vacant properties, many of which are clustered together with other vacant properties.  The good news is that they are one of Baltimore’s two greatest assets which, not incidentally, hold the key to the recovery of the city ­– if only the city government would pay attention or be replaced, in two years, by one that will.

The two assets I’m talking about are:

Do you get where this is going?  The city has thousands and thousands of people who need jobs and a vast inventory of vacant properties not currently producing income for the city or employment for its residents.

All the city has to do is give this vacant property – bulldozing any abandoned structures that can’t be repurposed – for free, maybe together with very attractive financing for business development, to qualified employers who agree to hire their workforce from the city.  Don’t forget to add city and state subsidized on-the-job training that’s necessary to adapt the existing labor force for the specific purposes of these new Baltimore employers.

Bring these employers – collectively in need of thousands of employees – to the city with the lure of free property and financing.  To the heart of the city’s most needy and deserving neighborhoods where a welcoming labor force awaits them – with subsidized on-the-job training.  Do this and the ripple effects of new employment in these neighborhoods will encourage all the growth of private sector commercial and other business development necessary to complete the recovery.

It is not necessary to bring people back to the city to save it.  Recovery isn’t about creating long-term employment opportunities for strangers.

It’s not about building new “shiny objects,” buildings or “zones” downtown or on the perimeter of the city.  It’s about development smack dab in the communities that are struggling to get by.

It’s estimated that 75% of vacant properties are privately owned.  Fine.  If the city doesn’t already own the properties that incoming employers want, acquire them.  If ever there was a legal basis for the use of eminent domain acquisition, this is it.  The need is urgent, to say the least.  Baltimore is in critical condition.  Any city government that doesn’t understand this is missing the point and negligent in the extreme.  The cost of paying “fair market value” for these properties, net of taxes owed and other expenses for which the city should be reimbursed, will be minimal if not zero.

Net of state and maybe federal subsidies, what we’re talking about isn’t all that expensive.  Particularly if you consider the additional tax revenues and administrative savings.  Viable, productive properties pay taxes.  Plus, there’s the reduced costs of supporting and protecting the city in its current condition.  The total costs to city government for encouraging the development of all this vacant property might very well be net positive.

And while we’re at it, it’s time to start thinking outside the box.  “Urban agriculture,” be it horizontal or vertical, is a real thing.  As part of the re-development effort, operating side-by-side with all manner of new light industry and commercial employers, Baltimore should replace some of the city’s vacant properties with farming and related processing and distribution facilities.

What irony.  We turn the food deserts of Baltimore into centers for the production, processing and distribution of “Baltimore’s Finest” foods throughout the city, Maryland and beyond.  (Catchy name.  What do you think?)  It’s green.  It’s heathy.  It’s relatively labor intensive and doesn’t require extensive experience or training by most of the workforce.  In fact, it may be a chance – with the proper corporate structure – for the un- and under-employed to eventually earn an ownership interest in businesses where they work.

And if the city government still doesn’t get it?  Well, people of Baltimore, you have the power to fire them, to replace them with better qualified, more creative, more motivated elected officials who have the management skills to make it happen. 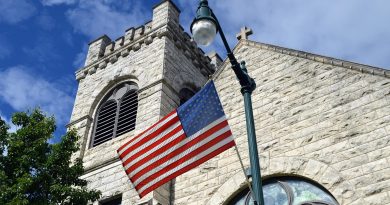