Just a qualifier here: I didn’t watch this year’s Miss America Pageant, which is no different than the past 40 or so years. Here’s what it boils down to in the end: some pretty young woman who claims to love Jesus will get the tiara, crying and gushing all over the stage while last year’s model puts said tiara on the head of this year’s model. With a slight variation this year.

There’s no denying all the contestants are very pretty. They cause the usual male urges men have, especially during the swimsuit competition. But I never watch the things, nor do I care who wins. The last time I cared was when Vanessa Williams became the first African-American to win the title. But then Williams relinquished the crown because she had posed nude for a photographer years before. Apparently that is against the rules.

You figure: this is a beauty pageant, as in, “we” are not that interested in their brain power or political and social views; we primarily care about the women’s physical attributes. And in the interest of full disclosure, Vanessa is a beautiful and sexy woman — to this day. And she’s a damn good actress too.

So it strikes that hypocritical alarm when the leading organization devoted to the promotion (or exploitation, depending on your viewpoint) of female beauty (the Miss America Pageant) disqualifies the winner because she took advantage of her female beauty to make a few bucks posing nude for some now forgotten photographer.

Truth is I stopped watching long before Vanessa Williams became the first African-American woman to win the title and then the first to have the crown taken away because the management of the organization is filled with hypocrites.

OK, she “voluntarily” resigned, but only after a shit storm was whipped up, fueled by the pageant management.

The post-script to that travesty is this: Williams became a very successful actress and singer, reaching professional heights in entertainment achieved by a very few of those lovely woman who wore the tiara. “Eff You,” was her statement to all the haters, “I’m going to be a successful singer and actress despite your hypocrisy.”

For the record, most of the Miss America winners are pretty successful in their own rights, even if they have dropped off the celebrity radar.

Miss America 1984 isn’t the subject of this post though and if Williams were to read this she would probably say, “Dude, that’s old news, get over it.”

“Yes ma’am,” Being very respectful that she is in far better shape than I and after all that combat training for some of the action movies she’s been in, she could easily kick my ass around the block a couple times, before breakfast.

Something very interesting happened at this year’s Miss America pageant: a young, beautiful woman of Indian-American descent won. Being the racially charged nation that we are, it had to be trumpeted throughout the realm that Nina Davuluri was the first Indian-American woman to wear the tiara.

Well gosh darn it! We are a nation of immigrants, a melting pot, cooking the cultures of 101 (and more) nations into our American stew, so it was only a matter of time and quite frankly, it’s no different than the time the first Irish-American lass, or the first German-American fräulein won the title.

Except of course the Irish-American lass and the German-American fräulein were probably blonde, or at least redhead. Maybe brunette, I don’t know, can’t really find any information about that aspect of the title and I won’t spend any more time looking. The point is no one really wasted time thinking about their national heritage, as long as they were Caucasian.

So we noted with pride when the first African-American woman (Williams) won the title — we had about 400 years of slavery and assorted bigotry to atone for — hoping her ascendancy to the top of the beauty pageant world would erase all or part of that racist stigma.

But it was a good day for the nation when Vanessa Williams was crowned Miss America.

So it was no big deal when Nina Davuluri won the tiara. First Indian-American to win it: okay, that’s cool. Her “talent” for the event was an Indian-Telugu dance number, something she’s trained in for years.

Her real talent is she’s an intellectual powerhouse, making the Dean’s List and the National Honor Society while at the University of Michigan. Davuluri earned her degree in Brain Behavior and Cognitive Science and her big ambition is to become a cardiologist. Damn! I just wanted to be John Belushi when I was in college.

So there she was, after missing her cue in the talent competition, getting crowned Miss America!

And then the Twitter-sphere went crazy. After that, when the celebrity sites posted their stories on Davuluri winning, the comments came out on websites around America.

Thanks to Buzzfeed for compiling these tweets:

“How the fuck does a foreigner win miss America? She is a Arab!”

“Miss Arab wins Miss America …” And the list could go on.

Okay, this is America and people are free to express their racism, especially on the worldwide interwebs, but really, if you’re going to put your ignorant, racist views on display, you should at least get the ethnicity of the person you are hating correct.

India is not on the Arabian Peninsula, it’s part of Asia.  In fact India is a sub-continent and therefore has it’s own ethnic designation. You just look all the more stupid if you don’t even get that much of it right.

But then there were those who did get their racist views ethnically correct.

From Tweeter Jessica Ayers: “I swear I’m not racist but this is America.” No Jessica, you are a racist.

“Miss New York is an Indian. With all do respect, this is America.” With absolutely no respect for you, Savannah Dale, Davuluri was born in Syracuse, NY, which makes her absolutely American, you racist pig.

It went on. People were (are) calling Davuluri a terrorist and even Fox News host Todd Starnes got in on the racism, claiming Miss New York didn’t represent “American Values,” whatever that means.

You see, there was this blonde Kansas woman competing, Theresa Vail. She is double-majoring in chemistry and Chinese and has spent the last five years in the National Guard. Impressive. Oh, and she hunts deer with a bow.

She’s the one all the racists wanted to see win, as well as many non-racists. Theresa Vail has an impressive curriculum vita and would be an equally qualified Miss America had she won the title. But the title went to Miss New York — who just happens to be of Indian-American descent.

It’s a good bet Theresa Vail is appalled by all the racism being spewed on the Internet and over the airwaves.  Having served in the military and gone to a college with many foreign students, she no doubt understands diversity and all the positives it brings to the table.

Vail may be disappointed she didn’t win, but she probably doesn’t harbor any racially fueled resentment against the winner.

Once again we are treated to that segment of our society, fueled by imbeciles in the media, like Todd Starnes, for whom no amount of racism is too much. In the eyes these people, the only true Americans are the ones that look American, i.e. White.

What more is there to say about them? Racism still exists in America and thanks to the Internet and social media, it’s louder and more visible. The irony is most of these people will insist they are not racists.

Here’s the sweet spot in all this, the thing about Miss America 2014 Nina Davuluri that the racists insist means Davuluri doesn’t have “American Values,” so I find it endearing: she’s Hindu.

Now, Miss America may still love Jesus, but she worships the Gods of her religion. It’s a still a superstitious dogma so I don’t really care for it, but Davuluri isn’t afraid to be who she is in a country where some people think it’s a crime to be anything but Christian, or at least Jewish.

The First Amendment says, “Congress shall make no law respecting an establishment of religion, or prohibiting the free exercise thereof; or abridging the freedom of speech, or of the press; or the right of the people peaceably to assemble, and to petition the Government for a redress of grievances.”

Exercise your religion Miss Davuluri. This is America and you are free to do so without interference or fear from the government or anyone else. Congratulations on winning the title of Miss America.

For me though, if I’m going to spend some of my TV-watching time gawking at a beauty contest, it’s going to be the Hooters International Swimsuit Pageant.It was held in Las Vegas this year at the Hooters Casino Hotel, so I almost went.

As it turns out, I didn’t even watch it when it was broadcast on cable TV. 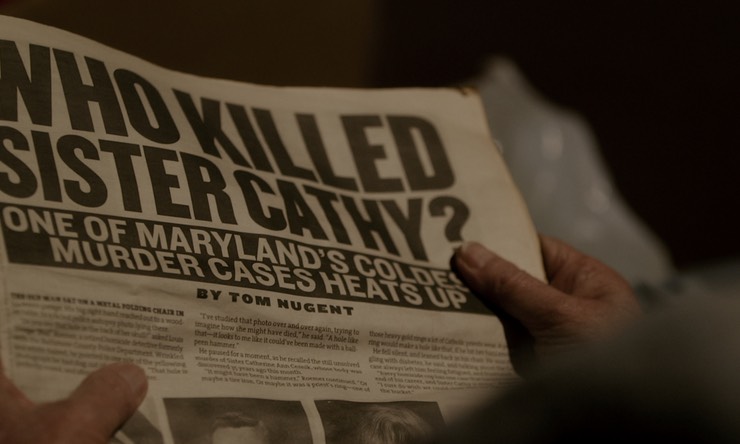