Aims to set up a Caliphate ruled by the ruthless application of its radical interpretation of Sharia, Islamic law.

ISIS/ISL is a Sunni Muslim movement making great progress against the Shiite-controlled government of Iraq, which is backed by the United States and against Syria, which is run by leaders from the Alawite sect and is allied to Shiite Iran.

The Obama administration in the US is exploring negotiations with Iran over its nuclear weapons program.

The US is also taking the lead in fighting the Sunni ISIS/ISIL forces in Iraq and Syria.

However the US also refuses to give any support to President Bashir Assad and his government in Syria, even though this has the result of further weakening Assad and strengthening ISIS/ISL

ISIS/ISL wants to topple the government of Saudi Arabia and destroy the state of Israel.

Israel and Saudi Arabia are conventionally seen as archenemies of each other. But in practice they have been cooperating against Iran, which they both fear, and against ISIS/ISIL and other radical Islamic movements such as al-Qaeda.

Israel wants ISIS/ISL to weaken Assad. But an ISIS/ISL victory would open a new border of danger and base for terror attacks against Israel. President Assad, like his father before him, President Hafez Assad, who died in 2000, has refused to allow any ISIS/ISL or other terror attacks against Israel from Syrian territory. But he works closely with and supports Hezbollah, the Shiite Party of God, the most dangerous terror group that Israel faces on its northern border.

Abdel-Fattah el-Sisi has been president of Egypt since his military takeover in 2014. Western human rights activists loathe him for toppling democratically elected President Mohammed Morsi of the Muslim Brotherhood. However, Sisi enjoys broad popular support and is revered by Egypt’s six million Coptic Christians who fear they would have faced genocide under continued and intensified Muslim Brotherhood rule.

Turkey, democratic Muslim and stable nation state that has been a member of NATO and ally of the United States for almost 60 years.

However, today Turkey supports ISIS/ISL against Syria, its historic enemy. This also carries the risk that Iran may intervene against Turkey at some point to support Syria. Turkey is also increasingly hostile to Israel.

Free democratic elections – eagerly supported by the George W. Bush administration across the Middle East. However, they led to the democratic election of Hamas, the Islamic Resistance Movement, which is determined to destroy the State of Israel and to also topple moderate Muslim Arab governments as well.

Falling oil prices: They hurt Saudi Arabia more than anyone else. But with $800 billion in cash reserves the Saudis can ride out the storm. And the Saudis welcome falling oil prices as a way to put the squeeze on Iran and slow down the growth of fracking technology in the United States.

Saudi Arabia also opposes any deal between the United States and Iran over Tehran’s nuclear policy because it fears this will hugely strengthen Iran at Saudi expense and threaten its own security.

Do you find all this confusing, dear readers?

If you do, Congratulations:

You are finally starting to understand the Middle East. 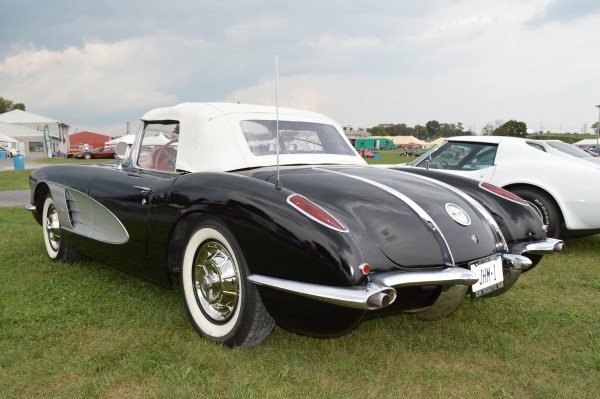