Late in the evening, about 10:38 p.m. Los Angeles time, 1:38 a.m. Washington, D.C. time, the greatest drama on television played out in the chamber of the United States Senate. Arizona Republican Senator John McCain, once the GOP candidate for president and most recently had undergone brain surgery for cancer, flew across the country for this drama. The scar above his left eye grossly visible to everyone. That’s how important this moment was to the senator from Arizona.

This former Navy aviator, former POW, this 30-year veteran of the U.S. Senate, would play a major role in the drama.

All through his campaign, President Trump promised he and the GOP would repeal and replace “Obamacare” with a plan that would be much better, lowering costs and covering more people. It would be easy, he said and it would get done on day one. Then maybe it would happen the same day, the same week maybe — maybe the same hour!

For seven years the Republican Party had railed against the Affordable Care Act, promising to repeal it and then replace it if they had the opportunity — like they did Thursday night. The House of Representatives, which has been in GOP control since 2011, voted on repeal bills over 60 times, knowing full well President Obama would never sign such a bill and there weren’t enough votes to overturn a veto.

It was easy to be against something when you knew there was nothing that could be done to repeal it. When they got the power, the opportunity, to follow through on the seven year promise they failed.

Forty-nine senators — all Republicans — voted to repeal the Affordable Care Act, 51 against, including three Republicans. Senator Susan Collins of Maine, Senator Lisa Murkowski of Alaska and, to the surprise of many, Senator John McCain.

He voted “no,” walking into the chamber and giving the Senate clerk a thumbs down. The Majority Leader, whose reputation was on the line with this vote, stood there with his arms folded as he watched McCain kill his bill. Once it was clear the repeal bill was defeated, Vice President Mike Pence got up from his chair and left the Senate building. He could have been a tie-breaking vote, had Senate Majority Leader Mitch McConnell been able to corral 50 GOP Senators to give a “Yay” vote.

About an hour after the drama took place, NBC reporter Garrett Haake told MSNBC anchors that Senator McCain informed Senate Minority Leader Chuck Schumer he would be voting no, a bit of information he withheld from everyone else, including the Majority Leader, Mitch McConnell. But they knew. The Majority Leader, vice president and other GOP leaders lobbied McCain before the vote. Last week the president said everyone should thank McCain for going to Washington just a week after brain surgery. Two years before that then candidate Trump questioned why McCain was a war hero because the aviator was captured. “I like people who weren’t captured,” Trump said.

To everyone’s surprise the attacks on John McCain’s war record did not diminish Trump’s popularity. So for at least two years Candidate and then President Trump got away with that vulgarity.

But as the old saying goes, “Payback is a motherfucker.”

When President Trump needed the 50th vote to get a win in the Senate, the former POW and current war hero, became a hero to thousands, maybe millions of people who stood to lose their health care had the GOP been able to pass that bill. He is still no hero to the president.

The president tweeted of course.

All the lies the president and his surrogates in the GOP were trying to spread about the ACA were dumped on the doorstep of defeat. The only reasons the individual marketplaces were “failing” was because the GOP-led Congress was squeezing the funding for them and then when Trump won the election there was uncertainty about whether the marketplaces would exist with a GOP-held government.

If the Republicans want to work with the Democrats on health care, they will have to drop the “repeal” nonsense and start strengthening the Affordable Care Act.

It was a major defeat for Mitch McConnell as well as the president. McConnell now wants to move on to tax reform, but if he couldn’t get his party in line for health care can he do it for tax reform? In his speech acknowledging the defeat McConnell said it was time to move on, but can the GOP move on? Will he return the United States Senate back to “regular order” or will he continue the hyper-partisanship he started when Barack Obama was sworn in as president in 2009?

Minority Leader Chuck Schumer spoke as well, calling for regular order, saying there were things both sides could agree on to fix the Affordable Care Act, naming senators from both sides of the aisle by state, who could work together on issues.

What the base of the Democratic Party didn’t like was Schumer saying the hyper-partisanship was from both sides, giving the sense that each side was equally to blame. No Mr. Schumer, that’s a false equivalency. McConnell and the GOP declared war on bi-partisanship the moment President Obama took office. They succeeded in stealing a Supreme Court nomination from the previous president.

No Mr. Schumer, the hyper-partisanship was extremely one sided, If the leader of the liberals — the progressives — is going to let the other side off the hook for their mendacity over the past eight years, then we have ask ourselves: is Senator Chuck Schumer the right person to lead the Democratic Party in the Senate?

Sure, it was good for Schumer to make a call for the return to regular order, a bi-partisan Senate, but letting the GOP off the hook for what they have done to this nation since 2009? Even before that. The GOP tolerated racism in their party, they lied to the American people on a regular basis. When the Congressional Budget Office released reports that put their bills in a bad light, they threw doubt on the CBO.

Then there were the senseless and endless investigations into Benghazi and a host of other non-scandals. It was a terrible incident, but there was no reason for all the investigations. Now they are calling for another investigation concerning Hillary Clinton and the Obama Administration. Give it a break! Russia hacked our elections and the Trump Campaign may have helped them do it. Investigate that!

There aren’t two sides to this hyper-partisanship, not by a long shot. The GOP is the party that gave us President Donald Trump, the worst president in American history — quite a feat considering we’re only six months into his administration. The president that should be under impeachment for his obvious obstruction of justice. But the Republican Party is protecting him. He told the nation on TV he was considering the Russia investigation when he fired the director of the FBI.

Because the GOP is protecting President Trump he’s now hinting at firing the Attorney General for recusing himself, the Deputy Attorney General — because he believes Rod Rosenstein is from Baltimore — and he’s rattling his saber at the acting Director of the FBI, Andrew McCabe.

Party leaders claim firing Jeff Sessions will be a bridge too far, but will they hold to that? They have accepted “grab’em by the pussy,” the overt racism of his campaign and now presidency. They have accepted so much about Trump that is beyond deplorable can we trust the GOP to punish the president if he fires the attorney General? So far there is no evidence to support such a claim.

Well, there was Senator John McCain, along with Senators Murkowski and Collins — the two women that stood by their convictions — who ditched a horrible health care bill.

The GOP still controls all three branches of government. It’s up to the Democrats to slow down the insane agenda being pushed by the insane president. Who now has a communications director that has no problem talking to reporters about Steve Bannon sucking his own dick. A man so divisive the West Wing of the White House is about to explode.

This is the Republican Party of Donald J. Trump and the members of that party have accepted it. The mid-term elections are only 16 months away. It’s time for the liberals and progressives to start putting a repeal of the GOP into action.

UPDATE; Reince Prieibus is out as the White House Chief-of-Staff and Homeland Security Secretary John Kelly has been chosen to replace Priebus. With the president’s official mouthpiece Sarah Huckabee Sanders refusing to say whether the president had confidence in his Chief-of-Staff, and the communication director openly attacking him with obscenities too graphic for most news outlets, Reince Priebus, once the Chairman of the Republican National Committee, had enough and resigned.

My thought is: you gut what you bargained for Mr. Priebus. You helped make this shit sandwich and now it’s your to eat.

John Kelly is a Marine, first and foremost. He may be on the same page as President Trump on a lot of issues, but he isn’t going to take any shit from a pissant like Anthony Scaramucci. Should he treat Gen. Kelly the way he treated Priebus Scaramucci just may find a well-used Marine Corps boot up his ass.

Top photo is a YouTube screenshot of Sen. McCain voting no. 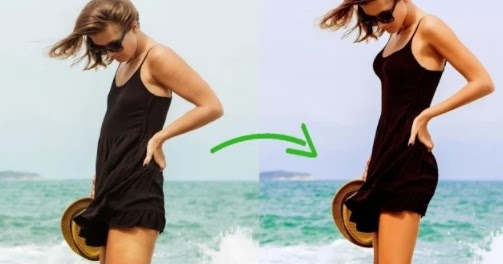