Maryland’s all-payer health care model received federal approval of a new contract this week. The state’s unique system allows it to set its own rate for hospital services. Payers across the state must all charge the same rate at a hospital in the state.

Maryland has had its policy in place since the 70s, with the policy receiving an update four years ago when the Medicare waiver program moved to a fixed budget reimbursement.

The new health care model will improve the quality of life for Maryland residents thanks to the expansion of health care access. The new model will also improve health care affordability, especially for residents who suffer from complex and chronic medical conditions.

The federal government required the state to provide a new model of health care because of a lack of coordination among the entire health care system.

The director for Maryland’s Health Services Cost Review Commission, Donna Kinzer, claims that the new model expands into nursing homes and community care providers. The model will include coordination for long-term care along with mental health and non-hospital settings. The model currently in place (since 2014) focuses heavily on hospitals rather than non-hospital and local providers.

The new model will go into effect on January 1, 2019, and will last through 2023. A review of the terms remains pending, but the contract is expected to be extended for another five years.

Maryland’s state health department claims that the 2014 model has saved Medicare $586 million compared to the national spending average. The latest model is expected to provide an additional $300 million in savings by 2023, with the state expecting to save $1 billion in the next five years.

The news comes at a time when more emergency personnel are taking the ACLS pretest, offering life-saving overdose medication, and nonprofit drug companies are expected to lower sky-high drug prices.

U.S. News reports that generic prescription drug prices have soared in recent years, but hospitals are working on a solution: nonprofit drug makers. Project Rx was announced earlier in the year, which is a consortium of major hospital systems.

The consortium is working together to form the nonprofit in an effort to tackle inflated drug prices and shortages of critical drugs that patients need. Utah’s Intermountain Healthcare has joined several other hospital systems to make Project Rx a reality. The U.S. Department of Veteran Affairs is also collaborating on the project to make it a reality in the next year.

Previous attempts at a nonprofit drug maker have failed, but experts are hopeful that Project Rx will be a success. The project will have contracts with major hospitals, with the benefit of minimum sale value figures and the ability to offer a predetermined low price. Competition in the market from a nonprofit is expected to push down prices even further.

What you need to do to become more creative 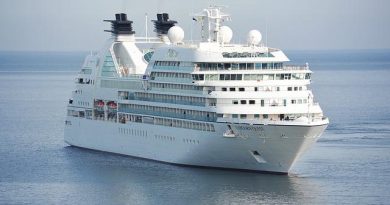 3 Unforgettable Cruise Itineraries Out Of Baltimore This Winter

How to Effectively Screen a Movie