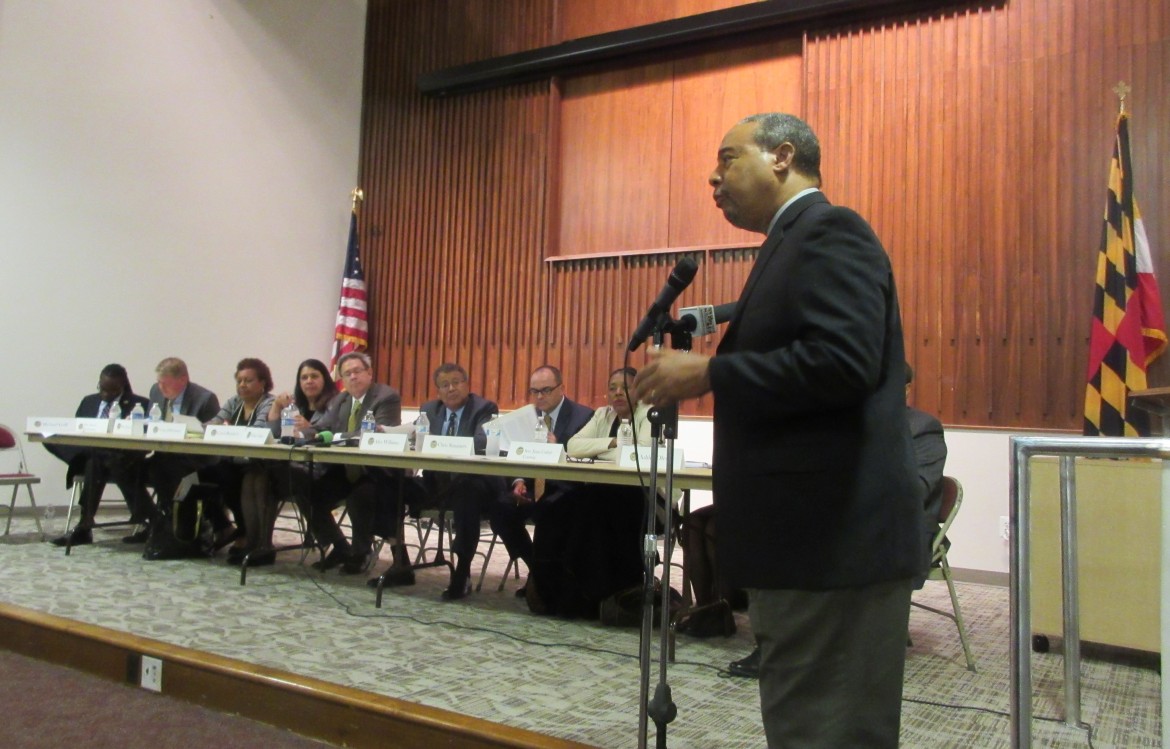 Gov. Larry Hogan’s Redistricting Reform Commission wrapped up its fifth and final regional hearing Tuesday night in Laurel with what has become the typical list of witnesses advocating for an independent commission to cure Maryland’s partisan gerrymandering of congressional and legislative districts.

Republican legislators and citizens outnumbered Democrats and African American Democrats complained of underrepresentation. But in a break from previous hearings, a smattering of Democrats opposed changes that unilaterally weaken their party while larger Republican-controlled states continued their gerrymandering ways, disempowering Democrats.

“You don’t have to look like me to represent me,” James said, “but you do have to know that I exist,” and black voters are too scattered among some congressional districts to have much influence.

The district lines “should be there to help the people, not the politicians,” James said. “We should be heard.”

That was reinforced by Sen. Anthony Muse, a Prince George’s County Democrat. “The people have very little say about the process,” Muse said.

“The map did not empower the people,” Muse said. “It worked for Democrats, but it did not work for the people,” a line that drew loud applause.

They were two of about 20 people who testified and about 60 who attended the hearing by the 11-member commission. A total of 90 people have testified at the five hearings of the commission, which will start work next Tuesday morning in Annapolis on its final report due to the governor in three weeks.

Del. Bob Flanagan of Ellicott City was one of several legislators who has sponsored legislation to reform the redistricting process over the years.

He favors an independent commission made up of people with no political ties drawn by lottery. Like other Republicans who testified at various commission hearings, Flanagan also favors single-member delegate districts, as he currently represents.

Maryland now has a combination one-, two- and mostly three-member districts.

Asked what happened to his legislation, Flanagan said, like all redistricting reform measures, they went to the House Rules Committee, “where they were given a proper burial.”

Del. Matt Malone, a Anne Arundel Republican whose wife was a plaintiff in the 2002 lawsuit that helped overturn that year’s legislative redistricting plan, said, “People are now making fun of Maryland” and its contorted districts.

Ed Levy of Montgomery County complained that there were no hearings in the state’s largest jurisdiction, which he took as a sign of Hogan’s disregard for the county on this as well as school and transportation funding. Commission co-chair Alex Williams, a retired federal judge, said it was the commission choice where to hold the hearings, and Laurel seemed a good central location.

Levy also asserted that voters had already expressed their approval for the current congressional districts in a 2012 referendum on legislation drawing the districts.

But Carol Ann Hecht, a member of the Tame the Gerrymandering Coalition, read the single sentence of the 2012 ballot language, language written by Gov. Martin O’Malley’s secretary of state which the referendum petitioners had tried to get changed.

“The voters of this state voted to obey the constitution,” said Hecht. “They did not approve the maps,” none of which were provided to them.

Levy and several other Democrats said that Maryland should not unilaterally make its congressional line-drawing more fair while Democratic voters in other states continued to face discrimination.

Ken Stevens of Columbia pointed to Pennsylvania, Virginia and Ohio among others where GOP legislatures have created great imbalance in their congressional delegation.

David Marker of Columbia, who has been involved in drawing of Howard County Council district lines for decades, agreed that all states should have independent commissions. But since no large Republican states currently use that method, Maryland should not approve one yet.

“There is no best way to draw lines, there is no “best” plan that could be achieved by taking the politicians out of redistricting,” said Marker.

But others. like Jordan Cooper of Bethesda, said redistricting in a fair fashion will provide a positive example to others as to what good governance is all about.

Political Science Professor Roy Meyers of UMBC agreed that Maryland should not unilaterally take action, but suggested Hogan reach out to Pennsylvania Gov. Tom Wolf, a Democrat with a Republican legislature, to reach a bilateral solution.

Meyers also submitted a paper to the commission laying out the difficulties of coming up with guidelines for compactness and contiguity that don’t have partisan outcomes,.

J.H. Snider also suggested a completely different solution to the problem, a redistricting “jury” rather than an independent commission spelled out in this testimony.

Some witnesses also suggested changing the mathematical variances allowed among legislative districts, which is now 10% between the populations of the largest and smallest districts. Courts now allow only 1% variance on congressional districts. 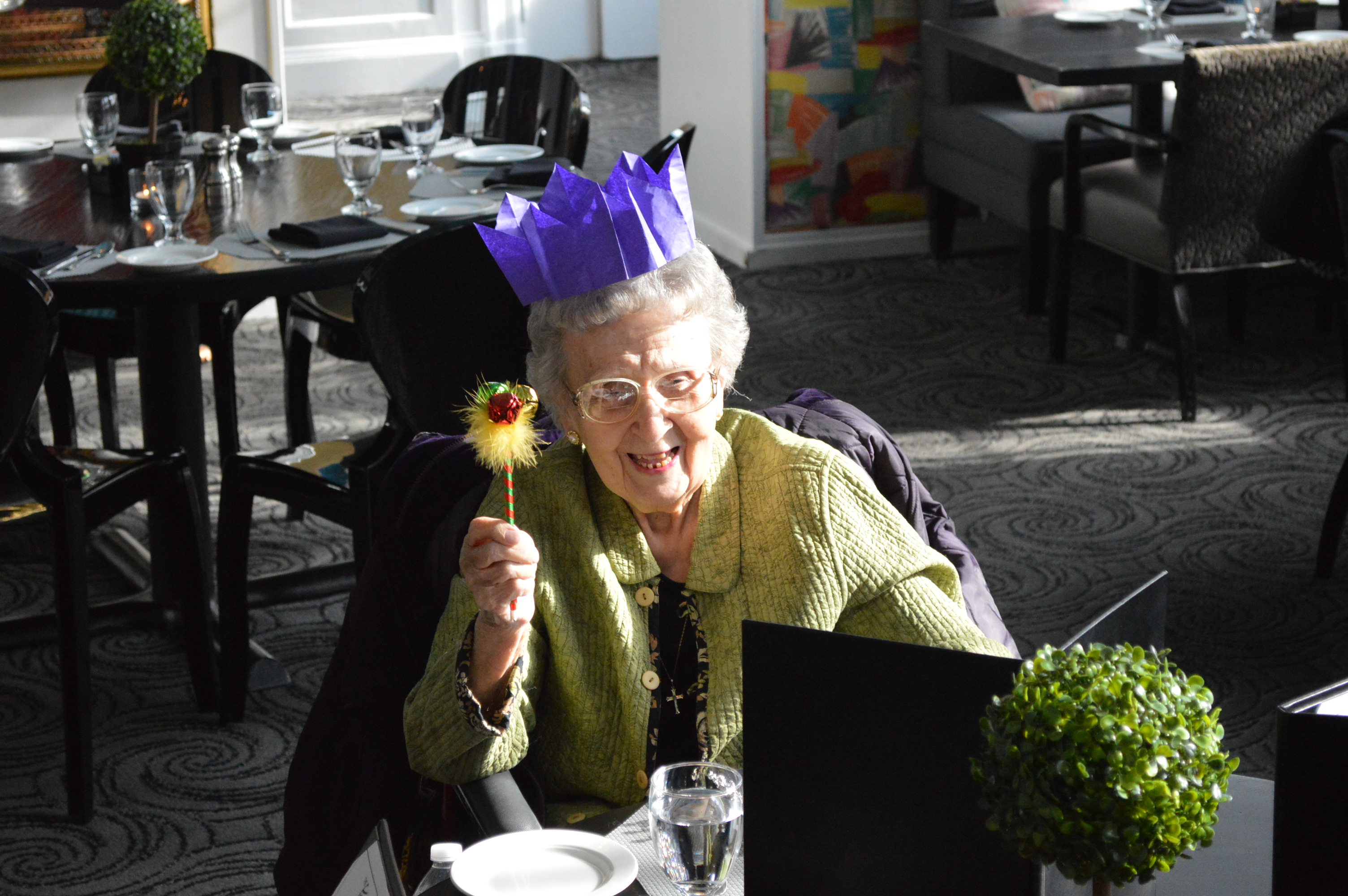