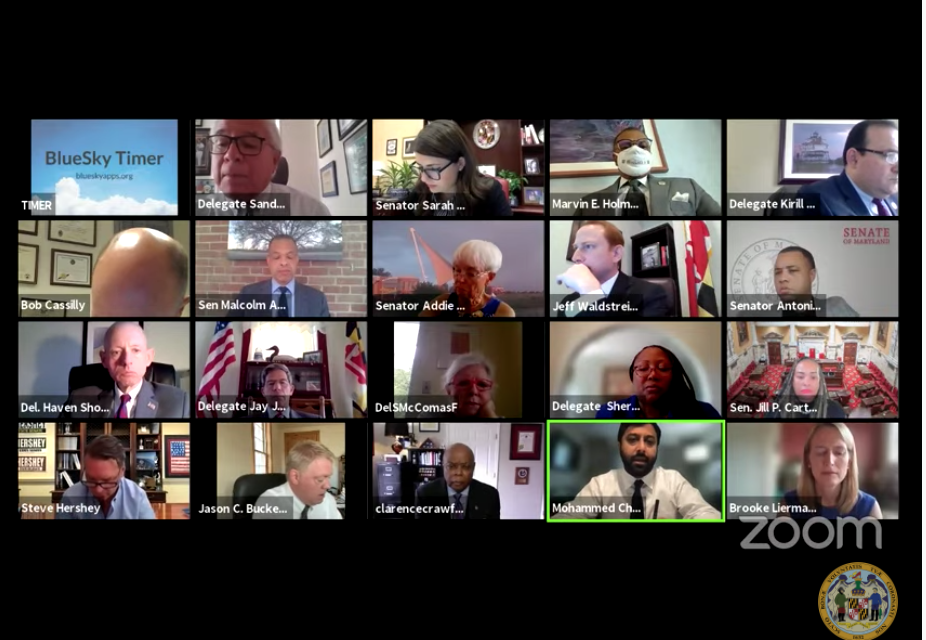 The Joint Committee on Administrative, Executive, and Legislative Review (AELR) held a hearing on school mask mandates on Tuesday (Screenshot)

The Joint Committee on Administrative, Executive, and Legislative Review (AELR) held a hearing on school mask mandates on Tuesday (Screenshot)

Masks will be required for all students and staff at all of Maryland’s public schools following a Tuesday afternoon on an emergency regulation by a panel of state lawmakers.

The strictly party-line 10-7 vote by the Joint Committee on Administrative, Executive, and Legislative Review (AELR) followed a four-hour virtual hearing that included more than 30 witnesses and comes just weeks after the State Board of Education voted to approve the same regulation.

Tuesday’s vote by the panel makes the mask mandate binding for all of the state’s 24 school systems.

All but two school systems, Carroll and Somerset, had already implemented mask mandates.

Had the vote gone the other way, local school boards would have had the final say on mask mandates.

Much of the hearing pitted GOP lawmakers against both State Superintendent of Schools Mohammed Choudhury and State Board of Education President Clarence Crawford.

“The implication that I am concerned about with regard to this proposed emergency regulation is- doesn’t this establish a dangerous precedent that essentially leads to at least the de facto elimination of local control,” Del. Haven Shoemaker, R-Carroll, asked Crawford. “Isn’t that the consequence of this proposed regulation that is before us today?”

Crawford said he disagreed with Shoemaker’s premise, noting that the committee, not the State Board of Education, has the final say on education and health-related mandates.

“Are there plans to mandate vaccines for the school children?”

Crawford said that that matter is beyond the board’s expertise.

“This is not a topic that the state board has addressed. I believe that is more appropriately addressed by the Maryland Department of Health.”

Del. Jason Buckel, R-Allegany, asked if the 180-day timetable attached to the mandate has any flexibility.

“Does the board have a perspective for an off-ramp?…What happens if a county’s metrics in October or November or December significantly changes to the point where they are not what is defined by the CDC as in a state of high transmission?”

Choudhury responded in the affirmative, saying the timetable is not set in stone.

Choudhury added: “If we need to, because of where COVID is-we are headed to the winter months-then we will keep it on. But if there is an off-ramp that we see across the country, as well as in guidance from MDH (Maryland Department of Health) that it is the right thing to come off of-then we will take it off.”

Del. Brooke Lierman, D-Baltimore City, said sometimes it is necessary for the state to overrule local school boards and that the authority of the state to do that has survived successive legal challenges.

“The state board has clear authority that has been reaffirmed by our Court of Appeals multiple times to create these health standards so that parents can have confidence that our schools are as safe as they can be.”

“Our educators want to be back in the classrooms. We want to see our students. We want to engage with our students and families….But we want to do this in a safe manner. We believe a layered approach to mitigation strategies is exactly what is needed.” 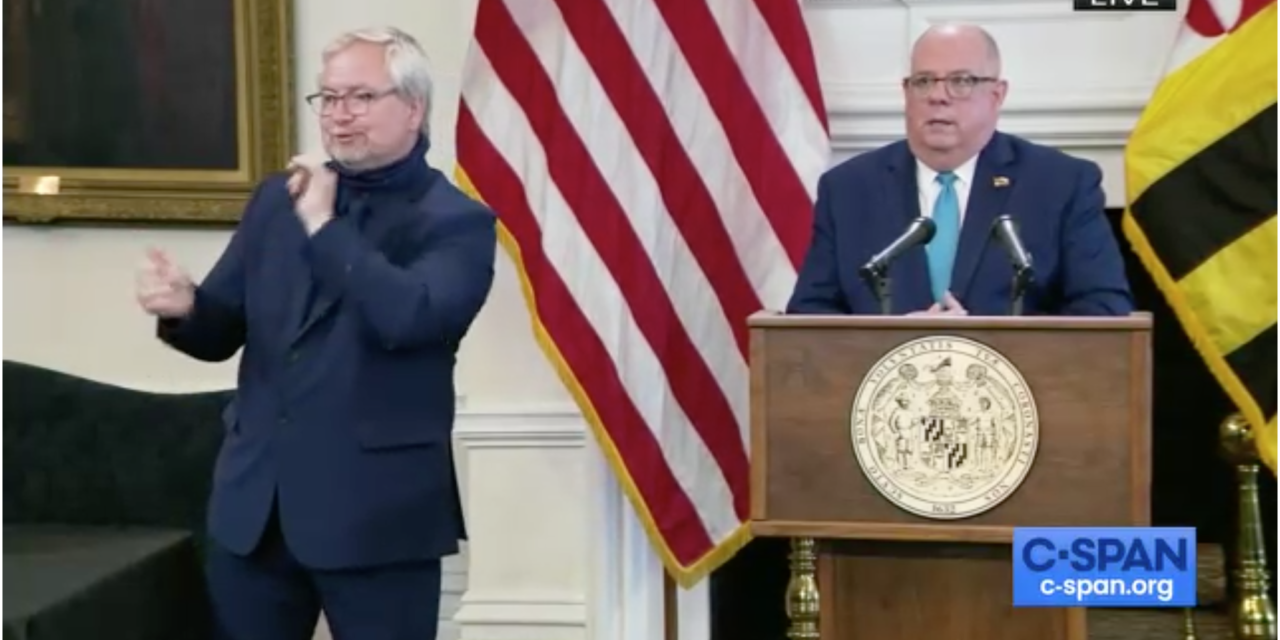 Hogan: Stay-at-home order will be lifted Friday at 5 p.m.