CANNON BALL, N.D. Firearms drawn, police entered tipis of the the Oceti Sakowin’s makeshift camp and ordered the families there to evacuate.

It was one of the last camps to be raided on Feb. 23 in a battle between big oil and the Standing Rock Sioux Tribe.

Native Americans and environmentalists staged a final protest in the freezing temperatures to protect their land in an attempt to stop the construction of the $3.7 billion Dakota Access Pipeline. The pipeline – stretching 1,134 miles from the Bakken oil fields in North Dakota to Pakata, Illinois – will move 450,000 barrels of per day of fracked and highly volatile crude oil. The Baltimore Post-Examiner was embedded in the camp.

Governor Doug Burgum (R) ordered the police to the camps to forcibly remove the protestors.

Dozens of armed officers in riot gear raided the camp.

Regina Brave, a Lakota elder and Navy veteran, was among those who refused to evacuate. She was one of hundreds who traveled across the continent and lived in the encampment through the harsh winter.

Thousands who identify themselves as “Water Protectors” established the camp this past summer to support the Standing Rock Sioux tribe. They fear that a leak in the pipeline as it passes underneath the Missouri River would contaminate the Cannon Ball River and its watershed, poisoning a primary supply of drinking water for and thousands, on and off the reservation.

Police arrested Brave and several others when they refused to leave the Oceti Sakowin Tribe’s encampment Feb. 23. Charges ranged from trespassing to resisting arrest.

Brave compared her arrest to her ancestors who struggled for Native sovereignty that traces back to when European settlers arrived more than 500 years ago. She and her allies made their whole bodies fall limp when touched by police – a time-honored non-violent civil disobedience tactic.

Mud and melting snow engulfed boots and limited movement to a laborious slow motion. While some Water Protectors intended to get arrested, others were captured while fleeing the campsite across the frozen Cannon Ball River. Police stripped arrestees of their coats and shoes, bound their hands behind their back, and held them held facedown on the ground in ice water, Brave said. She said she arrived at the jail to find them soaking wet without their coats, in dog kennels, hands still bound behind their backs in a room with doors open to the elements, and that they were denied use of a bathroom.

“You can’t say that’s not torture,” she said.

Morton County Police spokesman Rob Keller denied that detainees were prevented from using the bathroom or kept in unreasonably cold temperatures. While he could not speak specifically on Brave’s case, he said the tactics police use are standard protocol. The enclosures that Brave called “ dog kennels” are the police’s “temporary housing units…inspected and approved by the ND Department of Corrections,” he said in an email to a series of questions from the Post-Examiner.

Police arrested 45 protesters on February 23. The eviction was expected to occur a day earlier, following Governor Burgum’s executive order; the order states that the Water Protectors are a danger to themselves and the river, and it makes no reference to the pipeline.

Brave was released and will not face charges. When she arrived at Morton County jail that day, she accompanied Standing Rock Legal collective to bail out those who were arrested with her. The arrestees’ bail were paid via crowd-sourced donations through social media.

By the time they were all released, the Oceti camp was silent enough to hear the distant buzz of drilling. That night, the protestors gathered in the encampments that did not block the construction of the pipeline. They sang songs and cried openly around bonfires. They packed into makeshift kitchens and prayed together in many languages and religious traditions and embraced and consoled each other.

A day earlier, a line-up of veterans, holding flags of the Marines, Army, and Navy, linked arms with Native Americans who displayed colors representing earth, fire, water, and wind. Their alliance was honed by months living outdoors together through North Dakota’s dangerously cold winter.

A tense standoff between the Water Protectors and police commanded silence for several minutes.

The stillness was broken when a man stepped forward, identifying himself as a news photographer. He asked if he was at risk of arrest, and an officer tackled him to the ground. The photographer called out that he might have broken his hip. Three officers held him down as he called out for medical assistance.

Police, with faces obscured by their helmets, began to advance toward the line of military and Lakota colors.

A woman in a vest labeled Neutral Mediator called out “Everyone on this side of the river is risking arrest and felony charges! From this point on all press risk arrest! Credentialed or not!”

As the flag bearers fell back, their pace quickened and the scene erupted into a chase. Several officers brandished batons in the air and many protesters held makeshift shields bearing the spray-painted words “unarmed.” Groups of protesters packed into the beds of moving pick-up trucks and others ran further back into camp on foot.

After a second standoff further down the road, the police retreated and left the camp in their vehicles before sundown. Police said 11 people were arrested Feb. 22.

The Lakota Sioux tribe claimed that the Oceti encampment was on land guaranteed to them by the 1851 and 1861 Treaties of Fort Laramie. The Army Corps of Engineers claims the same land under Eminent Domain Law to allow Energy Transfer Partners LP to build the Dakota Access pipeline.

While thousands of locals benefit from the pipeline’s temporary construction jobs, protestors said that the two-year economic boost is not worth the risk to future generations’ drinking water. They call for investment to establish local wind and solar plants and vocational training to create long-term jobs in the clean energy field.

Brave said that the 1851 treaty protects the land where Oceti stood and the Lakota’s right to live off of the river. Two days after the armed eviction of Oceti, she stood in front of the veterans’’ makeshift shelter, known as Eagle’s Nest, and read aloud from a book of constitutional law.

Energy Transfer Partners LP claimed that the pipeline “does not cross any land belonging to the Standing Rock Sioux” and “ is one of the most technologically advanced and safest pipelines ever built.”

A statement from the United Nations supports the Lakota people who claimed that they never had an opportunity to challenge Energy Transfer Partners’ map of reservation boundaries.

“The tribe was denied access to information and excluded from consultations at the planning stage of the project and environmental assessments failed to disclose the presence and proximity of the Standing Rock Sioux Reservation,” said U.N. Representative Victoria Tauli-Corpuz in a statement on March 3.

Lakota leader Helen Red Feather, 60, said that the judicial system has historically failed to protect her people from displacement and genocide. Greed is the ultimate source of her people’s suffering, and criticized local conservatives who “kill their God and they put him on a dollar bill and they put that bill in front of their Bible,” she said.

As the protestors took down their shelters, many kept their spirits up by making plans for future travels and activist work. Paula Hill, 40, scrambled eggs in a giant cast iron pan while she urged others to move on with strength and grace.

“We’re not able to stop the pipeline, which is heartbreaking, but regardless of that, we need to remember that we have made alliances and life-long friendships that no one can take away. With social media, those connections will live in outside of camp. Leaders can move on and protect the water and the environment everywhere, because the issue goes beyond Standing Rock. The grass roots organizations that came about because of this movement will remember to go forward in a prayerful, non-violent way.”

The remaining Sacred Stone and Black Hoop encampments had been threatened with eviction by police, but most occupants left voluntarily at the request of LaDonna Tamakawastewin Allard. The Sacred Stone encampment was on her [Lakota] family’s property and her childhood home still serves as a landmark. Tamakawastewin Allard asked her guests to leave until she challenges the eviction in court. She has been using social media to urge her supporters to join her in Iowa to protest the segment of the pipeline that is under construction there.

A caravan of U-Hauls and mud coated pick-up trucks, heavy with 15-foot tipi poles, left Sacred Stone Camp in a melancholy procession. The emptiness was magnified by the wide-open plains. Without the make-shift village, the icy ground stretched on indefinitely in all directions.

Only the Cheyenne River Tribe’s encampment remains. It stands several miles from where Oceti had been and does not block pipeline construction.

Some take comfort in the potential of the brewing legal battle, even as water protectors leave Standing Rock.

UN representative Tauli-Corpuz’s recent statement directs the U.S. to require a “full environmental impact assessment of the project in consideration of the impact on indigenous peoples rights.”

She is expected to provide a comprehensive report on her recommendations to the federal government and to the United Nations next September, but it remains to be seen how her work will be implemented or enforced.

An online petition, A Class Action for Standing Rock outlines an extensive system of restitution for civil rights violations. The document is “is going to be used as a petition first but it may be used in a class action lawsuit, if necessary,” said Alexandra Wilson who researched and wrote the document while living in Standing Rock.

The hundreds of Water Protectors who signed it demand that North Dakota “drop all charges against water protectors and provide restitution for civil rights violations including, but not limited to wrongful evictions.”

The document calls for a constitutional amendment to ban “transportation of oil and other hazardous materials “over, under, or through waterways” and encourages investment in long-term clean energy alternatives. Other demands include the incorporation both legal literacy and native languages into the local public school curriculum.

“If everybody had known the science of jurisprudence, we could have knocked out this pipeline in two weeks,” Wilson said.

Many Lakota people want to take further legal action, but it is unclear what form it will take. Some on their legal team are focused on supporting individual protesters in their court cases, but may be involved in further action in the future. They have begun the groundwork to establish their legal claim to treaty land.

Meanwhile, some of the tipis that were taken down at Standing Rock already have been assembled on the National Mall in Washington. Native Americans and environmentalists plan to take to the streets of the Capitol today to raise awareness of their continued struggle for sovereignty and clean water.

Update: The pipeline has leaked and the Energy Transfer Partners has said publicly the pipeline will create 30 long- term jobs. 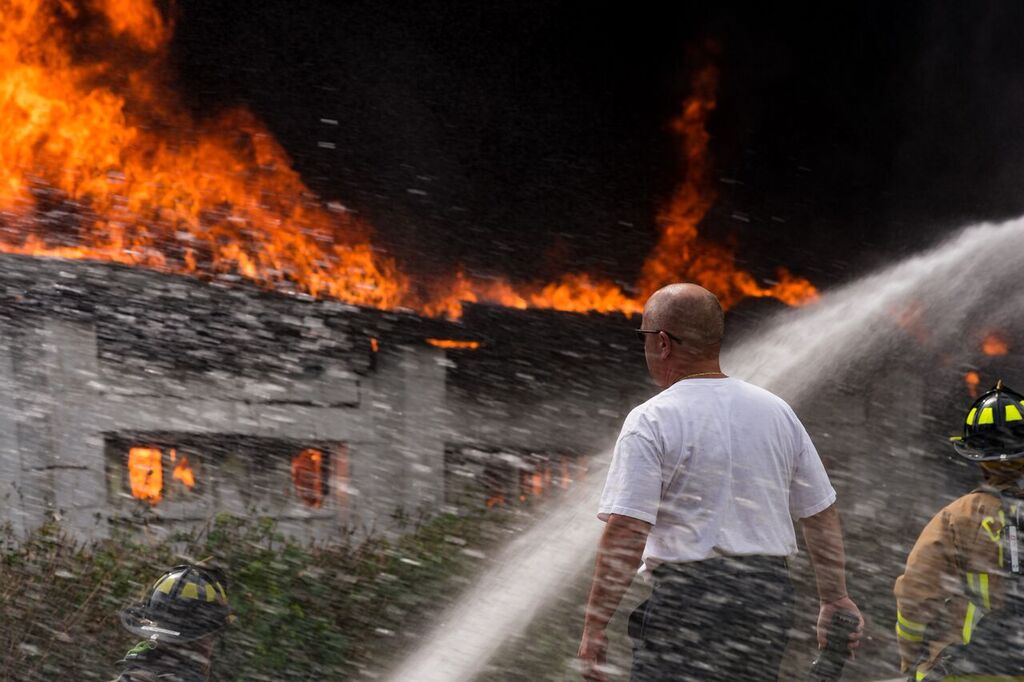 Anthony Brown is the best choice for Maryland’s next Governor