DHAKA, Bangladesh — Colorful Stars of David seem to decorate every other rickshaw crowding the streets of Dhaka. In the southern port city of Chittagong, a storefront advertises “Rabbi Foods.” And the country’s famous parliament building, the gigantic Jatiyo Sangsad Bhaban, was designed by a Jewish architect from Philadelphia.

But if you’re looking for kosher hot dogs, felafels, gefilte fish or lox and bagels, don’t come to Bangladesh. Most online sources estimate there are no more than 75 or 100 Jews among the 160 million Muslims, Hindus, Buddhists and Christians squeezed into an area smaller than Wisconsin.

And officially, at least, Bangladesh wants nothing to do with the State of Israel.

During a recent 11-day press trip sponsored by the country’s Ministry of Foreign Affairs, this Jewish correspondent looked everywhere for signs of yiddishkeit but found none. Unlike nearby India, Nepal and Thailand — all of which are flooded with Israeli backpackers — Bangladesh barely has enough Jews for a minyan.

Don’t, however, try to convince Salah Uddin Shoaib Choudhury, a Dhaka newspaper publisher who was arrested and jailed in 2006 for attempting to visit Israel.

Choudhury, a self-described Muslim Zionist, insists his country is home to 5,000 Jews — but that nobody knows about them because they keep such a low profile.

“Jews in this country are in the most vulnerable situation,” said Choudhury, publisher of The Weekly Blitz. “The government, the political parties, the religious institutions and even most Bangladeshis want to see the elimination of Jewish existence in this country.”

Choudhury, whom we interviewed at Dhaka’s five-star Ruposhi Bangla Hotel, had promised to bring some local Jews to our meeting, but none ever showed up. He then arranged for his driver to show us “the synagogue” — an aging structure facing Purana Paltan Street across from the General Post Office.

This reporter walked around the building several times, taking photos and attracting curious stares from sidewalk peanut vendors, yet couldn’t find a single Hebrew inscription that would indicate its status as a Jewish house of worship. There was, however, a plaque clearly identifying the building as a Masonic lodge built in 1910.

Choudhury has an explanation for that too.

“The government would like to hide any trace that it was a synagogue, but I can assure you this building was used as a synagogue from 1910 to 1948,” he said, claiming that the government of East Pakistan (as Bangladesh was known before independence in 1971) had confiscated the structure but never returned it to the community.

Yet its highly doubtful that a Jewish community ever existed here — either before or after Great Britain partitioned the Indian subcontinent in 1947 between predominantly Hindu India and the divided, predominantly Muslim country of East and West Pakistan.

“There were two Jewish families in Bangladesh [after independence], but both migrated to India — one in 1973 and the other in 1975,” said historian Ziauddin Tariq Ali, a trustee at Dhaka’s impressive Liberation War Museum, adding that “the Armenians had a church here, but the Jews did not have a synagogue.”

One of the few Jews known to have lived in East Pakistan was Mordechai Cohen, who attended school in Rajshahi and later became a prominent TV news announcer in Dacca, as the capital city was then known. But the Arabs’ loss to Israel in the 1967 Six-Day War inflamed anti-Israel sentiment across the Muslim world, forcing the Cohen family to flee for India the following year.

Cohen’s uncle, Gen. J.F.R. Jacobs, is considered a hero by the millions of Bangladeshis old enough to remember him.

In 1971, as chief of staff of the Eastern Command of the Indian Army, he helped the long-suffering Bengalis overthrow their Urdu-speaking West Pakistani masters by outmaneuvering the head of Pakistan’s army in Dhaka, Gen. Niazi.

“Jacobs was in charge of the logistics, and it was his brilliance that caused the Indian Army to be so effective,” recalled Ali. “The logistical support behind the artillery and the infantry that backed up the Indians as they advanced were absolutely flawless.”

Jerusalem-based travel writer David Zetler, who visited Bangladesh last year on his American passport said: “The Pakistani army of 93,000 had surrendered to a Jew and, in doing so, had created the new Muslim country of Bangladesh. It was one of the biggest surrenders in the history of warfare.”

Visitors to the Liberation War Museum won’t find any mention of Jacobs in English, though the Jewish war hero — now 90 and living in New Delhi — is identified in Bengali script underneath a black-and-white photograph of the historic surrender ceremony in Dhaka.

Another famous Jew linked to the modern history of Bangladesh is Louis I. Kahn, the Philadelphia architect who designed the country’s imposing Jatiyo Sangsad Bhaban, or National Assembly building. Ranked as the world’s largest legislative complex, the modernist structure was begun in 1961 and completed only in 1982, eight years after Kahn’s death.

Bangladeshis hold the deepest reverence for Kahn — a fact that comes through quite clearly in the two-hour documentary “My Architect,” filmed by his son Nathaniel. Likewise, biographer Robert McCarter calls the Jatiyo Sangsad Bhaban “one of the 20th century’s greatest architectural monuments … without question Kahn’s magnum opus.”

Very few Bangladeshis, even among the educated class, have actually met a Jew, since they’re not allowed to visit Israel and since virtually no Jews live among them.

Even so, Ali, who’s visited the U.S. Holocaust Museum in Washington, said he has deep sympathy for the six million Jews who died at the hands of the Nazis — a genocide he compares to the three million Bangladeshis slaughtered by Pakistan during the 1971 war of independence.

“I’m very liberal, and I believe the Jews have been wronged, mostly by Europe, throughout history,” said the historian. “But at the same time, I don’t believe that gives them the right to wrong the Palestinians today.”

That same reasoning largely explains why Bangladesh — 90 percent of whose people are Muslim — still has no diplomatic relations with Israel.

“In 1971, Israel had offered to help us in the war of liberation, but that didn’t materialize because our government at the time wanted to play it cautious. So they did not respond to the Israeli recognition of Bangladesh,” said Foreign Secretary Mohamed Mijarul Quayes.

The top official — interviewed on the sidelines of a state reception in Dhaka — said that Israel under the leadership of Prime Minister Benjamin Netanyahu suffers from a “major ethical deficit,” despite Israel’s insistence that it is a democracy.

“There were some very positive vibes before Netanyahu came back into power, but the ball now rests in Israel’s court,” said Quayes. “The inherent rights of the Palestinian people should not be systematically denied. Peace eludes the Middle East not because of the intifada but because there has not been a resolution of the issue. That means the Palestinians must exercise their right of self-determination.”

The foreign secretary’s words notwithstanding, newspaper publisher Choudhury — the Bangladeshi Muslim who claims to be a Zionist — says “top-level military officials are now openly supporting relations with Israel, if not diplomatic, then at least economic. They fully understand that by embracing Israel as a friend, Bangladesh could benefit immensely from technology, agriculture, medical science and defense.”

(Feature photo by Larry Luxner: Residents of Dhaka crowd a main boulevard in celebration of the Bengali New Year.)

McConnell sets the stage for DACA debate to begin next week 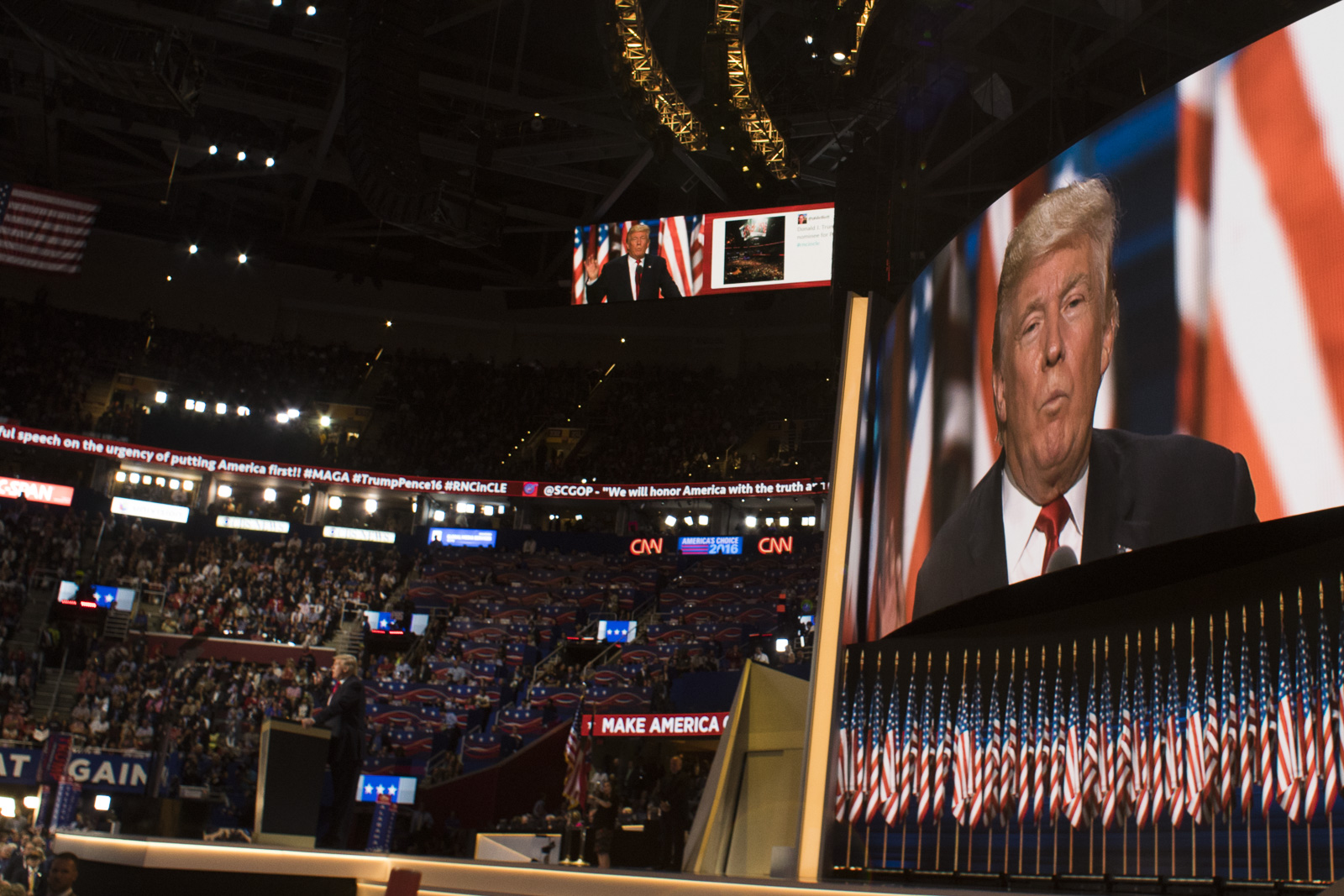 Trump’s victory was years in the making