The leadership of the National Rifle Association can be counted on to say a lot of things most of the country considers offensive, like, “It’s not paranoia to buy a gun. It’s survival. It’s responsible behavior, and it’s time we encourage law-abiding Americans to do just that.”

Well, maybe it isn’t offensive, but most people just shake their heads at such a statement and wonder, “Did he really say that?”

Yes, Wayne LaPierre really said that, in an Op-Ed for the Daily Caller on February 13, 2013. LaPierre would like us to believe the vast majority of Americans are rushing out to buy firearms and what do you know, firearms and ammunition sales are at an all-time high.

But, statistics show that the number of Americans that own firearms has been steadily declining for the past 40 years. In the most recent Gallup poll 61 percent of respondents said they do not own firearms.

What’s happening is the people that already own guns are buying more guns and ammunition. I’m okay with that really. Many of my friends own firearms and several own a lot of them. Not because they are survivalist nutjobs, but guns are like model trains to them: they see a new one and they want it.

The point is of course the reason Wayne LaPierre and the gun lobby can’t get a majority of Americans to support them is that most Americans don’t own guns and think we already have too many firearms in circulation as it is. And most Americans — most NRA members even — support common sense gun control like universal background checks and limiting the number of rounds one can put in a magazine.

Americans would be more inclined to collect trains than guns. It’s so relaxing to watch those trains go round and round … San Diego has a really cool model train museum, if you’re ever in the area and want an inexpensive tourist stop.

Anyway, back to Wayne LaPierre and the National Gun Lobby and Rifle Association. Wayne would like all law-abiding Americans to buy guns — guns of all types! Rifles, shotguns and handguns! Get that Glock-19!

“What the world needs now, are guns, more guns.

They’re the only things we have too little of.

What the world needs now are guns, more guns,

No not just for some but for everyone.”

Yes, to hear LaPierre tell it we don’t have enough guns and by golly, not enough Americans own guns. You know LaPierre and the NRA love Kennesaw, Georgia. In 1982 the Atlanta suburb enacted an ordinance that stated:

Here’s the reason I don’t wish to own any firearms — and it would put me in violation of that ordinance if I lived in Kennesaw — you have to keep it in good working order, which means cleaning it and then paying money to shoot at targets in some loud gun range. And then you have to spend money on ammunition. It’s almost as expensive as owning model trains.

Then if you go hunting and kill some unsuspecting critter, you gotta clean it and then pack it out of wherever it was you killed it. You know, some of those elk get to be a thousand pounds. So no thank you. But, my elk and deer hunting relatives, you know I like venison! Just saying!

The gun owners I know love that sort of thing. They clean the things then go out and shoot stuff up and then clean their guns again. Some, like a friend who shall remain nameless here, likes to do his own reloads, i.e. stuff the cartridges with gunpowder and bullets. He and his son love doing that and will spend hours at it. My friend has a neat little work area in his garage just for reloading.

There’s too much math involved for my taste: measuring the amount of gun powder, how to pack it, blah blah blah. You go, Ray!

Most Americans, including millions who have served in the military, have no use for firearms. We really don’t need well-regulated militias anymore; the U.S. has a standing Army plus reserves and a National Guard in every state, not to mention (somewhat) well-armed law enforcement. Let them clean their guns and send rounds down range. That’s why we pay taxes.

Anyway, that is, in a nutshell, the stance of the NRA. More gun owners means more guns and ammo — and all the little doo-dads and accessories that go along with owning guns — for the gun manufacturers to sell in America. Legally of course because anyone — ANYONE — in America can legally purchase a gun: the violently psychotic, convicted felons and terrorists. Oh, and law-abiding citizens.

Most law-abiding citizens are foolish enough to go buy their weapons from licensed dealers, which requires background checks (such as they are) and waiting periods. The savvy gun purchasers know there are ways to get around those pesky regulations, i.e. the gun show loophole being the most widely used. Employing a straw purchaser comes in second.

But what this is really about is this: the duly elected leadership of the NRA is known for its outlandish statements: “The only way to stop a bad guy with a gun is with a good guy with a gun.”

Umm, yeah. About that … remember the tragic case of Christopher Dorner? He was the guy who went on a shooting rampage through Southern California. He killed four people, three of them ambushed so the victims didn’t have the chance to defend themselves. The fourth was a sheriff’s deputy who was killed during a gun battle with Dorner.

The thing is, Dorner was once a “good guy with a gun.” He served in the U.S. Navy and was a police officer with the L.A.P.D.

After what Dorner considered an injustice with his being fired from the police department, he became a “bad guy with a gun.” In fact, like every good gun owner in America, Dorner had more than one firearm. So there’s that little fly in the ointment of the “good guy with a gun” argument.

The list of “good guys” with guns who went bad could go on. Most are people we never hear about because they snap and kill a family member or employers or co-workers.

During the latest N.R.A. convention, held in Houston, TX, the attending faithful heard from their new president, James Porter. It turns out Porter makes Wayne LaPierre sound almost moderate. During a speech to a New York gun club, the Alabama native said, “The NRA was started, 1871, right here in New York State. It was started by some Yankee generals who didn’t like the way my southern boys had the ability to shoot in what we call the ‘War of Northern Aggression. Now, y’all might call it the Civil War, but we call it the War of Northern Aggression down south.”

In other words Porter secretly wishes the South was a separate nation and he wants every American civilian to take up arms against their family and friends who are in the military or law enforcement — if for some unfathomable reason we go from being a Republic to a dictatorship.

OK, there is a sizable minority in this nation that thinks — believes — President Obama is doing just that: becoming a tyrant and turning America into a dictatorship. So, they are buying up more guns and ammunition — just in case! In fact, Porter called Obama a “fake” president, so apparently he’s a birther conspiracy theorist too.

Porter isn’t proud to be an American, not first anyway, he’s proud to be a Southerner. He resents the Union forces fighting back when Confederate forces fired on Fort Sumter, South Carolina on April 12, 1861. Who knows what other quaint and discredited social mores he longs for when he’s among his own and can speak freely.

So, when someone sends me a link and asks, “Did he really say that?”

I gotta wonder. I mean, no one in 21st Century America would say that, would they?

The alleged quote is: “It’s Only A Matter Of Time Before We Can Own Colored People Again.”

OK, after a little research it turns out there’s a parody/satire site called FreeWoodPost.com that wrote a fake article, using some of Porter’s real quotes as a bit of humor. It was they who authored the above quote. James Porter didn’t actually say it … not that anyone knows anyway.

But if James Porter longs for the days of the Confederacy, and slavery was the South’s defining characteristic, who knows, Porter may be the reincarnation of Nathan Bedford Forrest.

Common sense would reject that of course, but we’re talking about the National Gun Lobby and Rifle Association and common sense is in short supply in the NRA. Not just leadership. The rank and file of the NRA did vote for Porter to be their president.

So, I’m going with he didn’t say it because it showed up on a satire website and it’s so crazy it’s impossible to imagine anyone in America, even the most virulent anti-minority White Supremacists, would utter such a thing. They want to send all African-Americans back to where they came from, i.e. Africa.

Which is funny because, well most actual “African-Americans” are descendants of slaves which means their genealogical lines go back in these United States at least 200 years (some over 400) and therefore their family histories in the U.S. are longer than that of many White Americans, including the White Supremacists who would ship African-Americans “back” to Africa. You just gotta love the irony of that.

And this one last point for Mr. Porter and his confederates to chew on: this “War of Northern Aggression” that the South started when it decided to secede from the Union and fire the first shots to start that war; well, that ended badly for the South, the Confederacy. The Union, if you want to speak in 19th Century terms, is now better armed, equipped and trained. What makes you think a very small percentage of the U.S. population could do what nearly half the population couldn’t do in 1861?

But then, this isn’t really just about protecting the Second Amendment, it’s about increasing the sales of guns and ammunition and any rhetoric to whip up a frenzy is good salesmanship. 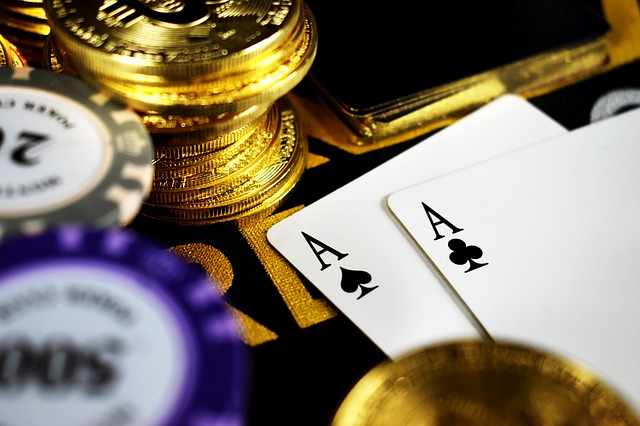 A guide to betting online in Maryland

COVID Update: Help is on the way

5 thoughts on “James Porter of the NRA may talk crazy, but not that crazy”