Israeli music sensation Idan Raichel, who played to a full house March 7 at Washington’s Sixth & I Historic Synagogue, said he never dreamed of having his own band or becoming an icon of world music.

But that’s exactly what has happened, and recently, The New York Times labeled his Idan Raichel Project as the “soundtrack of Israel” for its incorporation of everything from traditional Orthodox Jewish chants to Caribbean salsa to Ethiopian tribal melodies into its songs.

“Suddenly you hear Arabic or Amharic for the first time on Israeli mainstream radio,” Raichel told American University students the day before his Washington concert during an hour-long interview arranged by AU’s Center for Israel Studies. “Imagine here in the States, the top hit on the charts would be not by Beyoncé or Madonna, but by a singer from Korea or Senegal. This is what we did in Israel. I am influenced by many sources, but this is also the reason many people criticize me.”

Raichel said black-hatted Hasidic rabbis have attacked him for taking the most sacred texts of Judaism, setting the words to pop music and having such songs sung by women in front of a mixed audience. “On the other hand,” he said, “one of the most important cantors in the world came to me backstage and said that I was getting many people to read the Bible.”

The musician enjoys food analogies, and in this case, he compares the criticism to a farmer who grows tomatoes.

“For him, the tomato is the most important thing. He invests all his efforts so that his tomatoes should be big, red and juicy. His whole life is this tomato,” he said. “I see myself as a chef, so I make schnitzel and I take his sacred tomatoes and cut them into pieces and mix it with cucumbers, but for me, the most important thing is the schnitzel. So you can understand why those people suddenly see parts of their sacred tomato in my schnitzel and they get upset. But I do think this is the real purpose of the tomato.”

He added, “You can write amazing love songs, but the most beautiful song will always be the Song of Songs by King Solomon. This is the bread and sugar and water and salt of everything we do. Everything else we do after that is only our own interpretation.”

Raichel, 34, was born in Kfar Saba, a small town just outside Tel Aviv, into an Ashkenazi family that had Moroccan and Yemenite neighbors who influenced his later work. He learned to play the accordion at age 9, then went on to study jazz piano in high school. After serving in the army and accompanying Israeli pop singers, the keyboardist started his band in 2003, releasing his first album, “The Idan Raichel Project,” that same year.

Since then, no less than 95 musicians from countries as varied as Cape Verde and Suriname have recorded with Raichel — and they range in age from 17 to 91 . Melodies are sung primarily in Hebrew (hits such as Hinach Yafah and Mima’amakim) but also sprinkled liberally with passages in Arabic, Amharic, Spanish, Portuguese Creole, Hindi, Swahili and Zulu.

“We are very honored to be cultural ambassadors for our country,” said Raichel, who has been interviewed by Al Jazeera TV. “Israeli society is all about immigrants. We don’t have anything like Chinatown there. Everyone lives together. On one floor of a building you can find neighbors who were classical musicians in the Moscow Philharmonic, and on another floor, neighbors from a village in Ethiopia. It’s all a mix.”

American rhythm and blues singer India.Arie has described Raichel as her “spiritual soulmate,” and he says that music-wise, the two of them — who performed together in Oslo for the 2010 Nobel Peace Prize ceremony — are created from the same DNA.

“What is world music?” he asked. “You can define it in different ways. To me, it’s the soundtrack of the place artists came from. Even if you don’t understand French, when you listen to Edith Piaf you immediately see the streets of Paris on a rainy day. When you listen to Buena Vista Social Club, you hear the music of Cuba. I see myself as a world music artist from Israel.”

Raichel, who sports dreadlocks, sees himself as a bridge between cultures — both within Israel and in the larger context of the Arab-Israeli conflict. And he’s not afraid to speak out against discrimination in his own society.

“I do think there was terrible racism in Israel in the past,” he said, referring to an elementary school that wouldn’t accept Ethiopian children and an agreement among homeowners in one southern Israeli city not to rent to Ethiopian immigrants.

“I totally believe that people are afraid mostly because they don’t know anything about their neighbors,” he said. “There’s a reason why it’s so common all over the world, even between Jewish groups. The only way is to accept that this is natural and try to educate people. You can show them the beauty of the Orthodox chant, or walk into a gospel choir on a Sunday, or visit some village in Ethiopia.”

Raichel is often asked his opinions on politics, but refuses to discuss them.

The main thing is, no one knows my political views, and it doesn’t really matter what they are,” he said. “We have over 95 musicians and singers, some super right-wing and some super left-wing. It’s mostly about being in the studio and playing together.”

Raichel, who took questions from the audience after his lecture, did touch on the biggest issue facing Israel today: the very real possibility that a military strike on Iran’s nuclear facilities might spark another war in the Middle East.

“We grew up learning that on the other side of the border, there is an enemy. I’m sure they also grew up the same way,” he said. “You hear only about nuclear weapons, then suddenly there’s an Iranian movie winning the Oscars. It’s important in Israel that students will know something about Palestinian art and poetry, so you’ll know who is on the other side. And I really hope people across the border would know about Israeli art, movies, cuisine. I’ll be the first one to perform in Lebanon or Syria — if they invite me.”

Raichel said his most moving experience ever as a musician was when he recently visited a Jewish day school in San Francisco and witnessed a classroom of first-graders learning Hebrew by singing one of his songs, “Bo’i” (Come to Me).

“I walked into the class and they looked at me, thinking ‘who is this weirdo?’ They couldn’t care less about me, but they were singing my song,” said Raichel, who concluded his talk at AU by playing that same haunting melody on a Steinway.

“The biggest compliment for an artist is that one day, his song will be in the public domain,” he said. “Six hundred years from now, kids will be singing ‘Let It Be’ or ‘Imagine,’ and there’s a good chance they won’t remember who John Lennon was.” 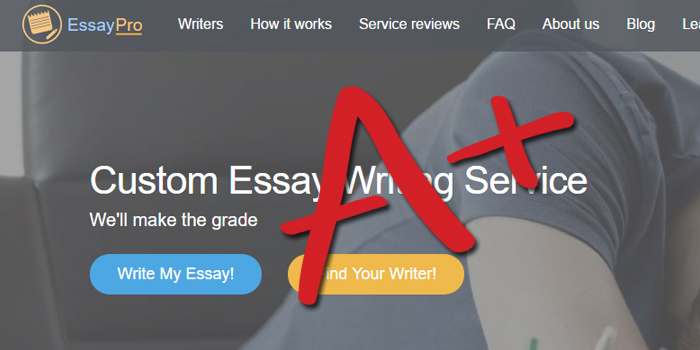 How to Improve Your note-taking skills with practice

G.I. Jane: A Woman’s Place and how stupid is Tucker Carlson and other chauvinistic right-wingers

What Makes Casino Games So Exciting