I knew I was carrying a girl this time. I just knew it. I felt it deep in my soul, in the core of my being, that this growing baby inside me was surely a girl. I knew I would have a daughter.

“Do you see what I’m seeing?” the ultrasound tech asked my husband and I in that dark room. I had taken my eyes off the video monitor for a second, then returned my gaze to see it: a penis. Clear as day, or at least surprisingly discernable on the grainy ultrasound.

By the time I registered what I was seeing, the tech had clicked and dragged that silly “It’s a boy!” text onto the screen, complete with an arrow pointing right to it. In case it wasn’t apparent what that was between the two tiny splayed legs.

“Oh shit,” I half-laughed, half-cried, shielding my eyes. I continued for a few minutes with this ridiculous laugh-cry shenanigans, completely caught off guard by the news.

See, I felt like the universe owed me a daughter, like I had it coming to me because it’s what I wanted and expected and deserved. My mother died right after I turned 12, so having a daughter would be my chance to raise a young woman with all the strength and love my own mother poured into me (and would have kept pouring had she been around longer.)

Having a daughter would be my chance to do all the things my mother did with me, and more importantly, the things she didn’t get to do. Here’s one: When my mother was sick with cancer, I got my period for the first time. A traumatic experience in its own right made all more difficult when your mother is in the hospital and it’s your dad you have to call about it. My mother was thrilled and had promised to take me out to a ladies lunch to celebrate. We never got to do that.

I missed out on all the boy talks and the bra shopping (but thanks for taking me, Dad). She didn’t get to meet my husband or help me navigate new motherhood, and she wasn’t around to see what an amazing group of women I’ve surrounded myself with as I’ve grown older, much like her own posse of girlfriends.

Then there are the things we did do that I longed to share with my own little girl. My mother loved to braid my long black hair, so she’d pay me a $1 to let her. She loved bargain shopping and I was a worthy sidekick at the outlet stores. One time we decorated straw hats with dried flowers and ribbons from Michael’s. We even had matching flannel pajamas.

I just figured when the time was right, I’d get to do all those things and more.

But I was upset. Even as I felt the overwhelming relief that Baby No. 2 was developing fine and looking healthy – which, yes, I fully grasp is huge and awesome and something that shouldn’t be overlooked in all my self-indulgent blathering.

Yet, there was a huge part of me that left that ultrasound room mourning the daughter I’d never have. (The second thought out of my mouth to my husband was, “Well, looks like we are having three!” which he promptly kyboshed. He was the third of three boys.) I went home and sat in the sunny backyard with a giant bowl of black raspberry ice cream and cried a little.

It really wasn’t until this past weekend, about a week and a half after the penis reveal, that I came around to the awesomeness that will be having a second son. The whole family – me, husband, toddler and dog – went to Druid Hill Park where they are doing some construction on new ball fields. There are about a half dozen large construction vehicles parked in the dirt – all beckoning my son like sirens. Like most toddler boys, he is obsessed with tractors, front-end loaders, excavators – anything with giant wheels that moves dirt or digs or tears down.

My son happened to have his own toy dump truck in his pocket, which he promptly took out and began to fill with tiny rocks and dirt. He climbed up on the excavator tracks and reached for the levels and buttons. He stood in the in the bucket of the front-end loader. He made my husband pick him up over his head so he could toss rocks into the bed of the massive dump truck.

Watching him play among these construction vehicles, it struck me how awesome this kid is and how awesome little boys are in general. It hit me how fun and ridiculous and rowdy it will be to have two little boys messing around in the dirt and dump truck wheels.

I may not get to have tea parties or play dress up (then again, my boys might be into that, which I will embrace wholeheartedly). I surely won’t get to have the period talk or go bra shopping (though my best friend has promised I can borrow her daughter for that). It won’t be just as I imagined, but it will be spectacular. I think, now, that it will be just like when my first son was born: I won’t be able for a second to imagine having any baby, boy or girl, other than the one in my arms.

How Social Media is Used by Entrepreneurs to Grow Their Businesses 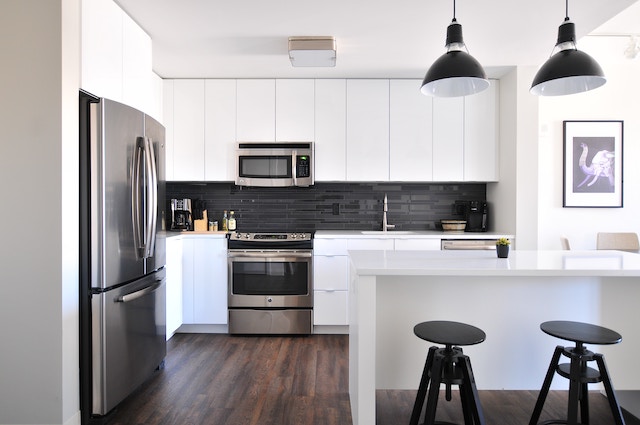