The day after Gov. Martin O’Malley announced gun-control proposals that include licensing for all handguns, several hundred Marylanders protested at a Saturday rally in Lawyer’s Mall just outside the governor’s residence.

The rally was one of at least two dozen in state capitals across the country as part of the quickly organized Guns Across America event, the Associated Press reported. Thousands attended rallies in Harrisburg and Richmond, and one of the largest demonstrations was in Albany, N.Y., the first state to pass a ban on assault weapons in the wake of the Newtown, Conn. school shooting.

At the Maryland State House, protesters came with petitions, pamphlets, flags and electric megaphones, and many held up signs with provocative slogans, some of which compared O’Malley to Adolf Hitler. Most of the signs contained mantras like: “Criminals prefer unarmed victims,”“The Bill of Rights is not moot!” and “What part of ‘shall not be infringed’ don’t you understand?”

Organized in a week

This pro-gun rally had been organized in a little over a week after Ellen Moreiko, the founder of Marylanders United for Gun Rights, posted a Facebook event calling for “a peaceful show of support for the Second Amendment.”  It began in earnest at noon Saturday when a protester grabbed a loudspeaker and asked, “Are there any gun-owners here?”

The crowd cheered and stood in attention as a procession of prominent Republicans took the podium.

Ginny Meerman, a beauty pageant winner with a long track record of conservative activism, spoke first.  Meerman, a state director for the conservative news site Politichicks.tv, bemoaned liberal bias in the media, and urged protesters to “remain vigilant” and to defend their right to bear arms.

‘Dictator in the White House’

“We have a dictator sitting in our White House right now,” Meerman said.  “What will happen if this dictator takes your guns?  You will be enslaved.”

Meerman dared someone to try and confiscate her guns, saying that she would shoot anyone who made the attempt.

Charles Lollar, a Marine Reserves major who plans to run for governor, said that Democrats had turned the tragedy at Newtown into a “political football,” but he said that this was actually a good thing in the long run, since it had energized the gun rights movement.

“I am grateful to these idiots for trying to take our rights away, because they’re starting a revival,” he said, pointing to the protesters. “This is what freedom looks like.”

The crowd roared, and Lollar continued. “The principle behind the Second Amendment is that we have the right to defend ourselves against any enemy that comes to harm us, and that means having at least as good a weapon as your adversary,” he said.

Lollar argued that citizens needed the firepower to overthrow the government if it violated their rights.  “Do I trust the government? I trust it only as far as my Glock can fire.”  The audience laughed, and Lollar followed-up with a promise:  “I will defend my family….We will maintain our freedom and our rights by any means necessary.”

Lollar said that Obama and O’Malley had some nerve imposing gun control, since they both came from cities with high homicide rates and strict gun laws, and he urged the crowd to vote for the politicians that were attending the rally.

“Support these men and women,” he said, “because it takes courage to stand up in front of people and speak out for a cause.”

Andy Harris started his speech with a paraphrase of Benjamin Franklin. “Those that will give up liberty for temporary safety deserve neither liberty nor safety,” he said. “Ladies and gentleman, our liberties are under assault.”

Harris referred to his parents who came from Communist Eastern Europe, where the government disarmed the people in order to suppress them, and said that he wanted to prevent that from happening in America.

Sen. Jacobs expressed a similar sentiment.  She said that she had taught her granddaughter to use a gun, and that others should do the same so that their children would “not be afraid and take people’s rights away” out of fear.

Jacobs urged gun rights activists to be vocal about their objections to O’Malley’s gun control package, to call their legislators and to protest at the legislative hearings.

Dwyer told the audience that the right to self-defense was sacred. “That right is the most important freedom we have, because without it, we don’t have any freedoms.”

Bongino agreed. “We live in a society of wolves,” he said, “and you do not fight back by creating more sheep.”

Bongino said that, as a New York cop and Secret Service agent, he never arrested anyone on a gun charge who had the gun legally.

He issued a challenge to his listeners, urging them to work for change.  “Action matters,” he said.  “Action changes the world.  Talk is cheap – your liberty is not.” 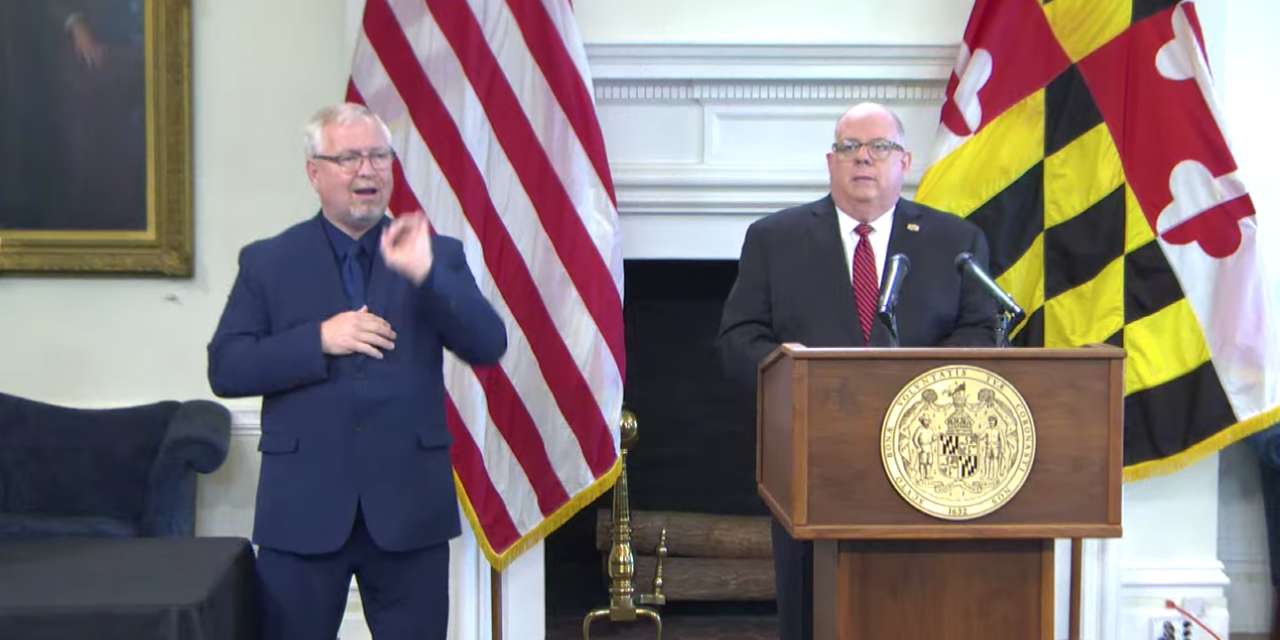