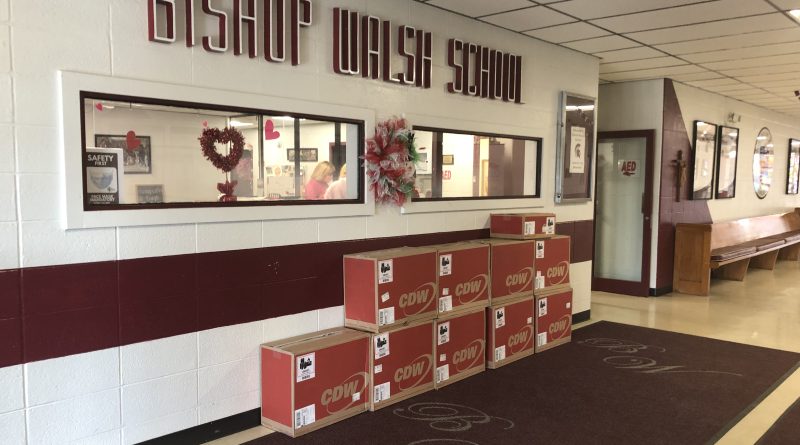 One of the smallest Catholic schools in Maryland was fighting to keep its doors open.

At Bishop Walsh School in Cumberland, enrollment had fallen sharply over several years. And despite the support of a passionate and close-knit community, the future of the K-12 school looked bleak.

“The school was going to close. We were in the last year of the school,” said Joseph Carter, president of Bishop Walsh.

Bishop Walsh needed a rescue plan. The one that officials landed on was unexpected for a school that rarely distinguished itself in sports: It built an elite boys’ basketball team.

Four years later, there is no talk of closing Bishop Walsh.

Enrollment has stabilized at approximately 330 students, principal Jennifer Flinn said. The high school level in particular has seen an increase in enrollment, boosted by the basketball players who have transferred to the school, according to Flinn.

And the school has a basketball team to be proud of. It’s the best in school history. And it aspires to be one of the best in the country.

The school campus is located at the end of Bishop Walsh Road on a ridge overlooking downtown Cumberland, a once prosperous coal-mining and transportation hub.

The glory days of the “Queen City’ came in the first half of the 20th century. When Franklin Roosevelt was president, Cumberland’s population was nearly 40,000. Today, it numbers less than 20,000.

Bishop Walsh opened in 1966, when five small high schools in the area merged. For many years, the school grew. A middle school was added in 1985, then an elementary school followed about twenty years ago. In recent years, though, enrollment had slipped, and concerns about the future grew urgent.

While some Bishop Walsh officials said the decline had not reached a crisis, Carter recalled pressing concern: “We had to do something to get students in the building.”

So the school brought in Dan Prete. A well-known high school coach. Prete had experienced big-time sports as associate head varsity coach at Montrose Christian School in Rockville. During his time at Montrose Christian, from 2001-2013, Prete and other coaches sent 36 players to NCAA Division I schools, including NBA star Kevin Durant.

When Prete arrived at Bishop Walsh in 2018, few at the school could imagine a basketball team that would play against future pro basketball stars and recruit players from all over the world. But that was Prete’s vision.

“The school fell on some tough times, like a lot of schools in this area did [because] of the economy,” Prete said. “But there’s passionate people here that always wanted something more.”

Bishop Walsh guard Vilius Slanina hails from Lithuania, and he ended up at the school through one of Prete’s connections.

“I moved to the United States in August [2021], two weeks before the start of school,” Slanina said.

The international players were drawn to Bishop Walsh because of Prete, but also because of where Prete brought Bishop Walsh: To the National Interscholastic Basketball Conference.

Competing against the best of the best

Led by Prete, the Spartans joined the NIBC, a new scholastic super conference.

Before joining the NIBC, the Spartans’ boys basketball team was good and sometimes very good in a schedule filled with local competition. Players grew up in the area. Few went on to play college basketball in Division I schools of the NCAA. The squad rarely was recognized beyond its hometown.

In their new conference, the Spartans play in arguably the most competitive league of private high schools in the country. Their opponents include powerhouses such as IMG Academy and Montverde Academy in Florida and Oak Hill Academy in Virginia. All NIBC games are shown on ESPN networks.

The NIBC formed in May 2021, a collaboration of ESPN and Paragon Sports Marketing, whose president, Rashid Ghazi, is a pioneer in putting high school games on TV.

That pipeline of court talent has continued since the launch of the NIBC. In 2021, there were nine McDonald’s All-Americans across the eight teams that joined the conference.

“You’re seeing the best of the best night in and night out,” Bishop Walsh assistant basketball coach Lafayette Dublin said. “There are no nights off.”

While Bishop Walsh’s résumé does not match some of the other schools in the conference, Prete’s coaching reputation and relationships with league officials were the points that got the Spartans invited to the party.

The move to the NIBC attracted more eyes to Bishop Walsh’s basketball program and to the school. For the first time, alums from Cumberland and across the country were watching their team on their smartphones and TVs.

In the first NIBC season, the level of competition clearly challenged Bishop Walsh. The Spartans finished 1-9 against NIBC teams. Their only win came against Wasatch Academy.

Still, the slow start was not unexpected by NIBC officials.

“We… recognize that every team’s not going to be Montverde, IMG or Sunrise,” Ghazi said. “There will be teams that are in the middle, teams at the bottom and teams at the top, and sometimes those middle or bottom teams may have a great year.

“I think Bishop Walsh is in a great position to continue in the league for a long time. We just have to see how they do over the next two or three years,” he said.

The season ended on a high note at the Alhambra Catholic Invitational Tournament (ACIT), a local basketball tournament started in 1961. In more than 50 years playing in the ACIT, Bishop Walsh never had won more than one game out of the three played by each team in the tournament in a single year.

While they lost their first game to national powerhouse DeMatha, they beat Bishop McNamara at the buzzer in the first round of the consolation bracket. Cumberland native Mikey Allen hit a 3-pointer as time expired to seal the win.

In the championship of the consolation bracket, Bishop Walsh again won at the buzzer, again on a 3-pointer by Allen.

With the triumphant ending to the season, Bishop Walsh — as a school and a basketball program — showed how far it has come in just a few years.

“I just know how hard these kids have worked,” Carter said. “I just want [the] Bishop Walsh program to be the best. We’re on our way.”

Shopping and retailing at the heart of the Columbia Plan: Part 3