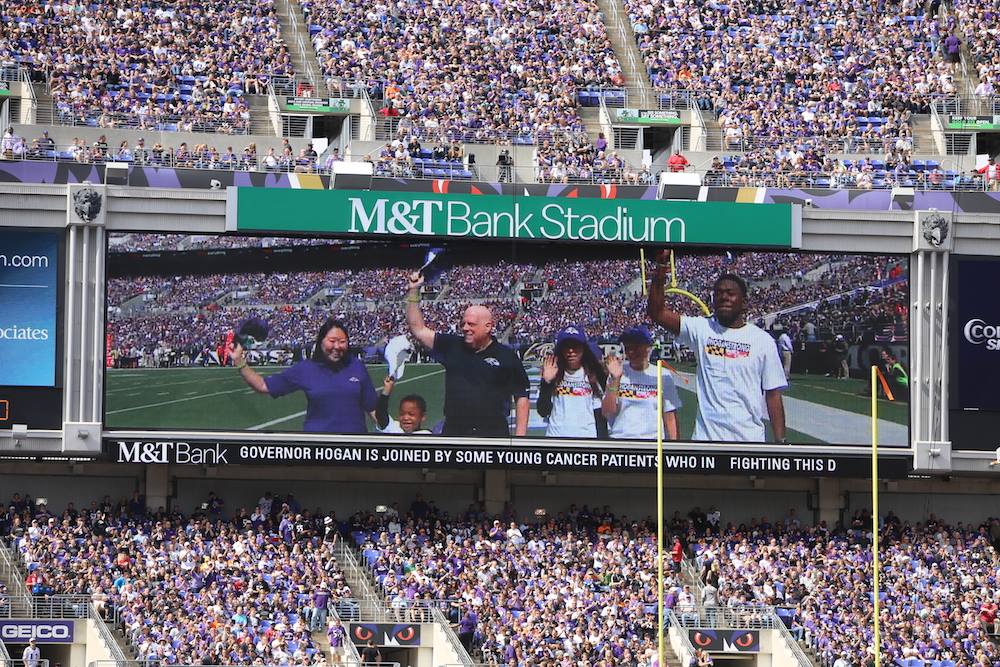 As most Marylanders are aware, Hogan was diagnosed with late stage 3 non-Hodgkins lymphoma in June. That’s an extremely serious but treatable disease in most cases.

Since then, he has undergone a series of exhaustive hospital stays that included three small surgeries, three spinal taps and 25 chemotherapy sessions. He’s got one more round of these arduous treatments next month.

The good news is that 95 percent of his cancer has disappeared. The treatments – painful, uncomfortable and in every way disagreeable – so far seem to be working.

Throughout this ordeal Hogan has been an exemplary advocate for bringing awareness about cancer to the public and keeping spirits high among adults and children with cancer. The more people know about cancers, the more likely they will be to keep themselves healthy and react promptly when they suspect problems.

They won’t look upon it as a certain death sentence.

Hogan, as an elected official, recognized early on that he has a special responsibility to be forthright with Marylanders.

Unlike politicians of the past, he never tried to keep his illness a secret.

Indeed, he has gone out of his way to let people know about his lymphoma and hospitalizations at University of Maryland Medical Center in Baltimore.

During those five-day stays, Hogan has taken on the role of cheerleader, especially for cancer patients in the pediatric ward at UMMC. Brightening the day of these kids and letting the public know the governor of Maryland is on their side helps these kids and their parents immensely.

They no longer feel alone or that important government officials don’t care.

Hogan also has scheduled plenty of cancer awareness appearances since June, including a recent one at Oriole Park with baseball stars Rick Dempsey and Jim Palmer.

He not only shows up but broadcasts these promotional visits on his Facebook page to spread the word.

Hogan took his cancer advocacy to a totally different level last week in making a big deal about his brief meetings with Pope Francis, first at an event at Catholic Charities in Washington and then at Joint Base Andrews in Prince George’s County.

On his Facebook page, he called his one-on-one interplay with the pope “the experience of a lifetime.”

When Hogan, a Catholic, greeted the pontiff, he said, “Holy Father, may I ask that you please give a blessing to all those suffering from cancer around the world?”

What followed was dramatic to say the least. The pope placed his hands on Hogan’s head – bald from the chemo treatments – then traced the sign of the cross on his forehead and said, “God bless you.”

At Andrews, Hogan and his wife, Yumi, stood in the receiving line as the pope prepared to board his customized jet, Shepherd One.

This time, according to the governor, Francis placed Hogan’s hands in his own and said, “I pray for you.”

These powerful episodes are etched in Hogan’s memory. He took on the mission of representing all cancer victims before the pope rather than his own predicament.

There is clearly a political dimension to Hogan’s activities. That is unavoidable.

Hogan’s cancer diagnosis and treatment make him a sympathetic person even among Marylanders who strongly disagree with his actions as a conservative Republican governor.

There’s no doubt Hogan is benefiting from his Facebook page emphasis on cancer awareness and his chemo treatments. His political aides have capitalized brilliantly on this situation.

Yet other public officials would opt to keep such serious health conditions under wraps, to handle the chemo treatments, the unwelcome side effects and the personal problems that result as a private family matter.

Hogan isn’t giving the public a blow-by-blow account of his difficult journey. That’s only natural.

Still, he is being positive, open and transparent with Marylanders – and he is taking on the mantel of an advocate. He is a role model for us.

That is what true leadership is all about. 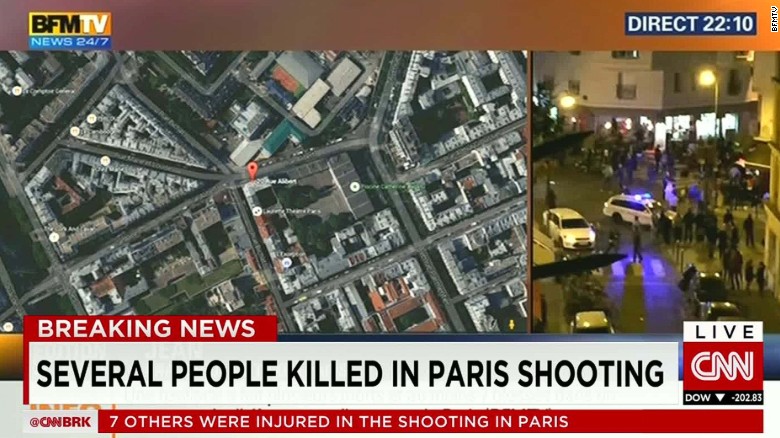