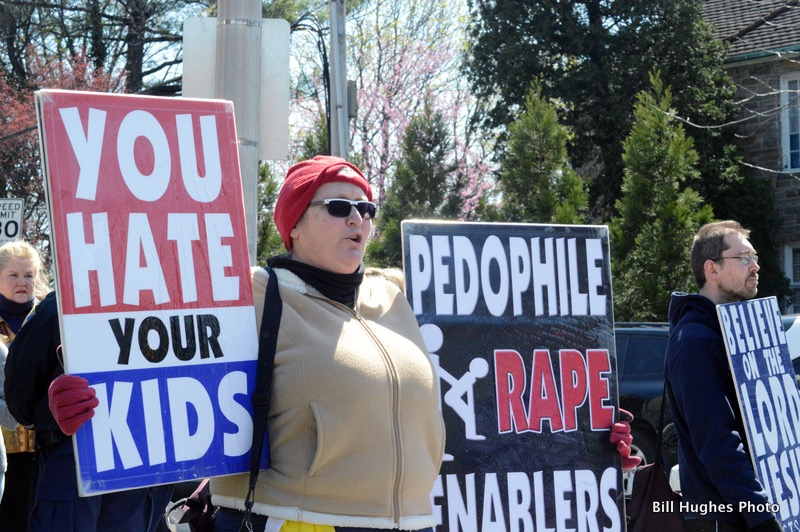 The school is located on North Charles Street, just above Cold Spring. The hate-messaging group is based in the middle of nowhere in the state of Kansas. 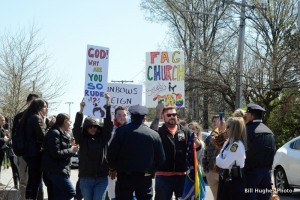 The church is notorious for their controversial protests directed at the funerals of military heroes. Their signs, as in this action, contained crude language directed at the LGBT community.

In their press release for this event, the church objected  that there are student clubs on the Loyola campus that are supportive of the LGBT community.

The Loyola community, although supportive of the First Amendment, made it clear that the hate group would not be permitted on campus. There was a heavy Baltimore City police presence, mostly from the Northern District, at the pickets. Only three members of the church showed up for the protest. Counter pickets from the campus were also present, along with about one hundred concerned students. It just so happens that this week Loyola College is celebrating “Sexual and Gender Diversity Week.” There were no arrests at the scene. 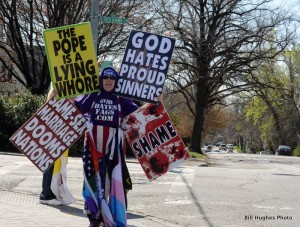 One of the most hateful of the  signs to the Jesuits on campus was the one that read: “The Pope is a whore!”

Most folks know that the current Pope Francis, a native of Argentina, and the first Pope from the Americas, is a distinguished member of the Jesuit order. How do you explain the low-based motives of this hate group. All I can think of is a saying by the late, great Carl Jung. He wrote: “The evil in man is of gigantic proportions.”

Reinforced Concrete: How it Works

Seattle says NO to Shell Oil