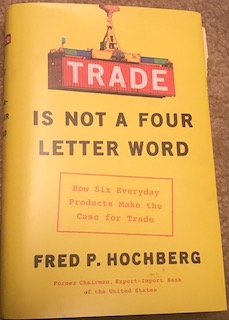 Baltimore Post-Examiner spoke with former U.S. Export-Import Bank Chairman Fred P. Hochberg on Friday about his new book: Trade Is Not A Four Letter Word: How Six Everyday Products Make the Case for Trade. In the book, Hochberg illustrates how international trade affects the availability of goods and services Americans use every day. Hochberg references taco salad, bananas, the Honda Odyssey, the iPhone, the college degree and HBO’s Games of Thrones as examples. Hochberg led the EXIM Bank from 2009-17. He was appointed to that position by then-President Barack Obama.

BPE: How has the coronavirus pandemic affected international trade?

Hochberg: International trade has been on somewhat of a downswing since the global financial crisis of over a decade ago in terms of trade and goods. Pre-2008, traded goods were growing at about twice the rate of the global Gross Domestic Product (GDP) and now its running at par or slightly below.

BPE: In the book you said that if all trade was to stop between countries the U.S. still be better off than most nations. Considering how much the U.S. imports, why is that the case?

Hochberg: We have a supply of energy. We’re able to grow a lot of our food. It would not be a good life but we’re less reliant on trade than say Europe, which is far more integrated and far more trade-dependent than the United States is.

BPE: You mention that both the far-left and the far-right use trade as a punching bag and we saw that dynamic play out during the 2016 presidential campaign with the protectionist positions of Sen. Bernie Sanders and then-candidate-and-now President Donald Trump. How is that dynamic playing out in this year’s presidential election?

Hochberg: I think there has been a little bit of convergence there. Initially, you had the far-left being very distrustful of trade and Sen. Elizabeth Warren has been one to say that banks cause of most the problems in America. I think that’s an enormous exaggeration. A gross exaggeration. A lot of it has to do with automation and technology and so forth. And on the far-right, it has a lot to do with immigration, race and a sense of cultural legacy that it does feel threatened by. And then there are environmental concerns. I think the political landscape is just trying to find the right balance. USMCA (United States-Mexico-Canada Agreement) went a long way toward creating a trade agreement that addressed issues that labor and environmental communities felt was critical for trade between Canada, Mexico and the United States to flourish. And they found some common ground. So, I think that was a good thing. But I think that’s going to be harder to do in the future. I think getting trade deals through Congress is going to be increasingly difficult.

BPE: You describe the conflicting trade priorities between rural and urban America dating back to a dispute between Alexander Hamilton and Thomas Jefferson. How is that dynamic being played out today?

Hochberg: Generally speaking younger people and people on the coasts have been more exposed to trade-partly by geography and partly by immigration…I think that everything from the acceptance of everything from imported food and foreign cheeses and sort of a more of an outward look has been more factored in places on the coasts…I think that’s a bit less so in some of the rural areas. So that still exists to this day. Though of course some of the strongest proponents of trade and exports are the agriculture community. It’s not a large population but it does cover a large portion of our country.

BPE: How do trade wars hurt the American consumer?

Hochberg: I think we’re seeing that right now. We have tariffs and then we have retaliatory tariffs. We’ve seen farmers in the Midwest see a lot of their crops and soybeans rot because of China deciding not to buy them as part of their response to a trade war. We then see tariffs being imposed and tariffs are estimated to cost the average American household between $1,000 and $2,000. The problem with a trade war and a tariff war is like when you’re a little kid [and you argue over who hit who first]. It’s very hard to deescalate that. When you’re five years old it’s hard to deescalate that and when you are two large countries like China and the United States it’s hard to deescalate that.

BPE: Explain the concept of “winners” and “losers” when it comes to trade and the economy?

Hochberg: The winners are spread far and wide. One example is that the disposable income on food and clothing is around 17%. When someone goes shopping and they pick up a great bargain at Walmart or Target or at Wegmans supermarket-most people pat themselves on the back….They don’t think that thanks to trade they can buy four lemons for $2 or buy avocados and fruits and vegetables year-round at a very attractive price. So the winners are far and wide. The people who got impacted [negatively by trade] tend to be concentrated in communities where manufacturing may have relocated…so the losers in that case (NAFTA) were a number of working families.

BPE: What are some of the myths about trade being espoused on both sides of the aisle?

Hochberg: Senator Warren and others will say: ‘trade has caused all these problems in America. If we didn’t have trade everything would be fine.’ That’s just baloney. Another thing is-and particularly President Trump is enamored with this-is that the bilateral trade deficits really are a black mark or a failing grade on our country…We have a trade deficit with China…There may be a number of reasons for that…[but] bilateral trade deficits, simply-they don’t matter.

BPE: What is something people that should know about trade that is not mentioned in your book?

Hochberg: Whether it’s climate, health or trade-we are interconnected to the rest of the world. This health crisis does not stay in one country. Climate change is not relegated to one country or one part of the world. What we’re going to have to learn is we’re going to have to figure out better ways of getting along and finding a way to make this work. 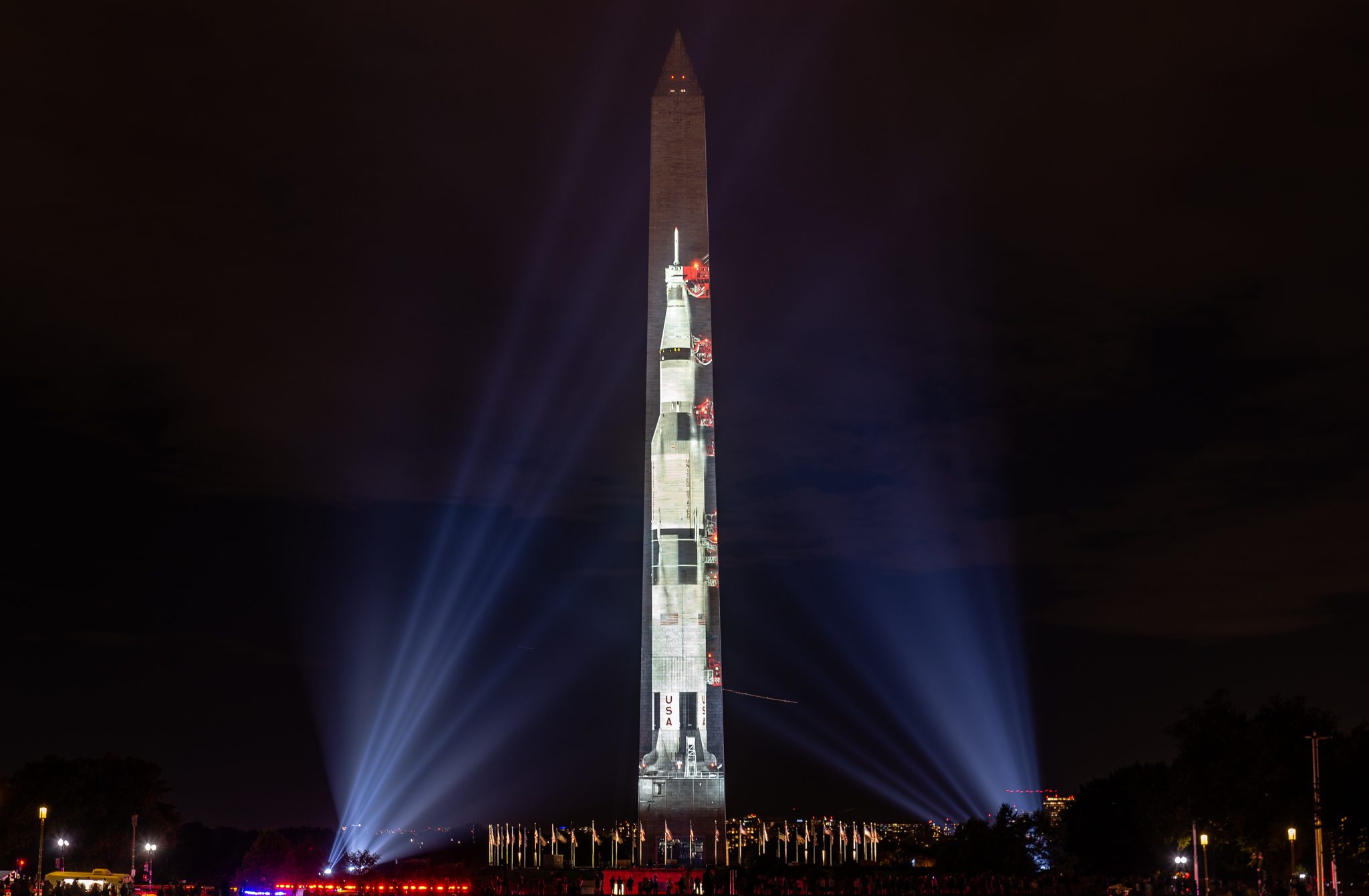 Apollo 11 tribute ‘Go for the Moon’ set for National Mall 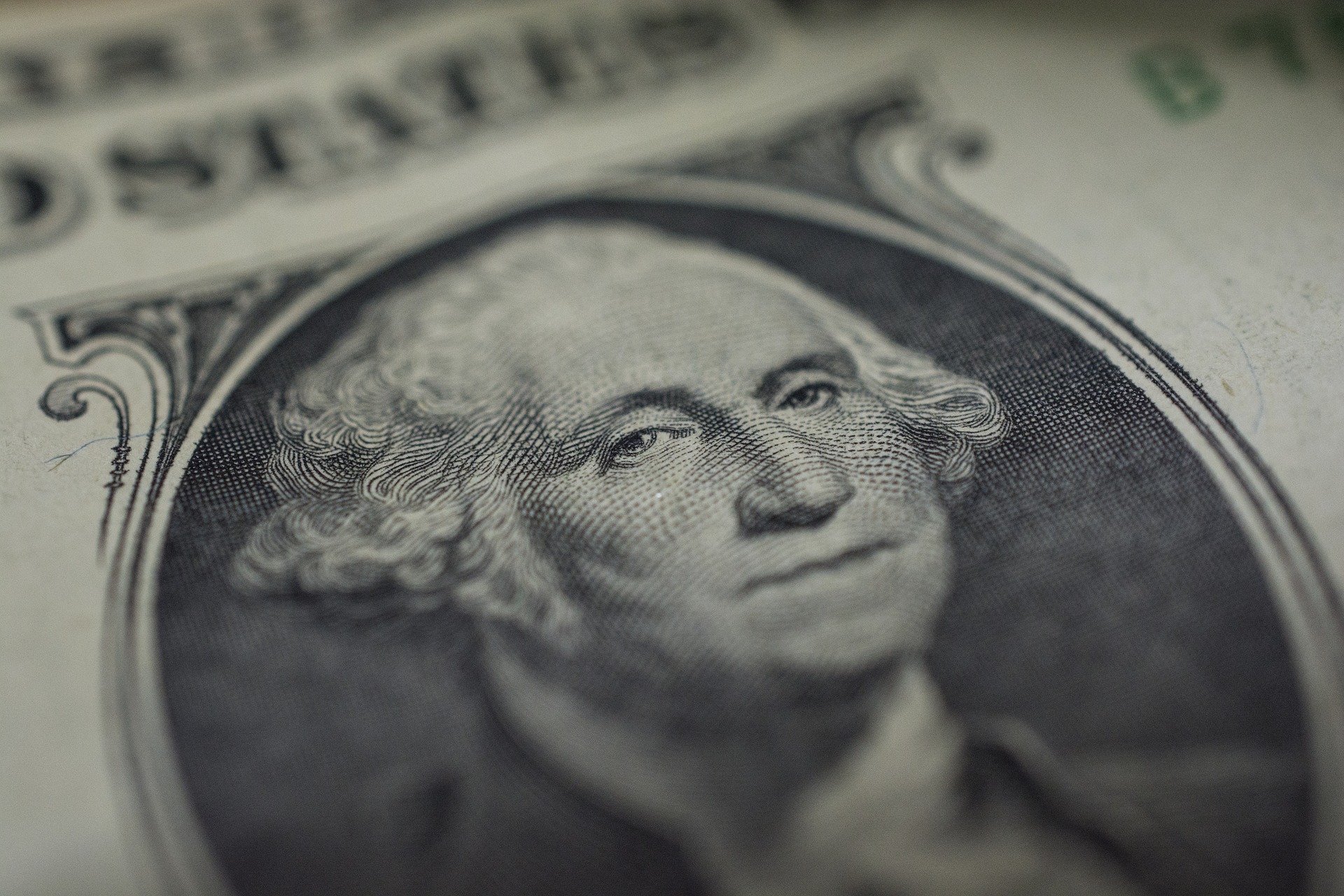