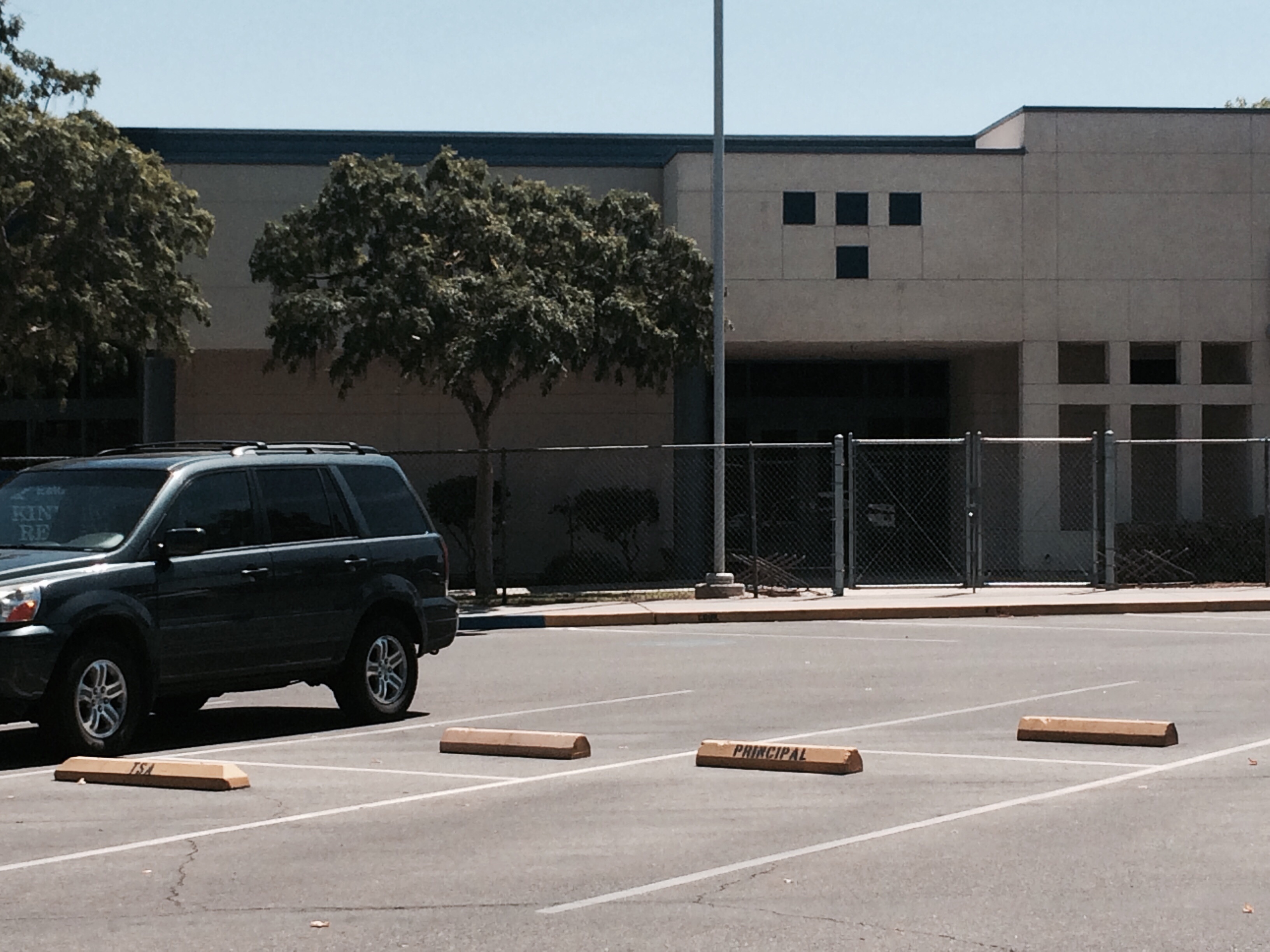 Drive by any school and you’ll find the parking lots filled with teacher’s cars. They’re preparing for the new school year and will spend hours preparing rooms without pay, of course, and spend big dollars of their own money to buy materials. In appreciation, I’d like to dedicate my Theo story to teachers. Those educators who manage to educate our children under incredible demands and in an imperfect world. They are an amazing group of people.

Jennifer wasn’t surprised. She’d been at the school since 6:00 preparing a makeshift classroom. Sunday afternoon, the principal had called informing her of the broken sewer line that had backed up into her classroom. This wasn’t the first time the toilets in the girls’ bathrooms had backed-up, leaving a foul odor to linger in her room next door. This, however, was the first time the sewerage had flowed over into her classroom.

She understood the reasons. She’d heard them many times before, but understanding didn’t fix the problem. The city line had been connected to the school’s line in the 1950s. Everyone agreed it needed to be fixed, but neither the city nor the district owned responsibility for the problem.

So when the sewer line backed up into her room, the district wanted the city to clean the mess and the city said it was the district’s responsibility. The district finally gave in for the moment; they needed that restroom in working order.

The kindergarten children didn’t understand who was responsible for the broken pipe or its cleanup. They only knew that their classroom smelled bad and they couldn’t go inside.

They lined up outside the classroom as usual, but this time followed their teacher to the cafeteria. They stared wide-eyed as she led them up onto the stage where she’d set up tables, chairs and materials for them. “We’re going to have school in the cafeteria?”

The children giggled at the thought of having school on the stage. Jimmy and Stevie began running around the tables in excitement but immediately Mrs. Torres explained, “School is school.” They would follow the rules no matter where they met.

She assigned a seat for each child and they began working on assignments within minutes. The children did well at first but soon became restless. The backless benches were uncomfortable and one of the children, Della, fell backwards. “Della’s on the floor,” Jimmy yelled.

Immediately, the children jumped up and looked over the edge. Jimmy and the others volunteered to take her to the office but fortunately the principal happened by. Later Jennifer Torres learned that the child was fine. Della’s mother had taken her to the doctor and thought she’d be okay. Thankfully she wasn’t hurt, but a mountain of paper work was sure to follow. 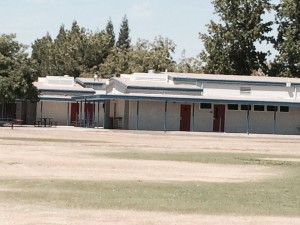 Meanwhile, the custodian finished cleaning the cafeteria breakfast mess; a great distraction on the best of days. Half-way through the morning, the aroma of lunch preparation overpowered the room. Their stomachs growled in anticipation. “I’m hungry.” Stevie complained.  Prepared, Jennifer Torres handed out cheese and cracker snacks in anticipation of a food crisis.

Meanwhile, every item on the floor in the Kindergarten classroom had to be thrown away, every puzzle, paper, books on the bottom shelves and manipulatives. That included Theo, the oversized, brown bear found sitting in a puddle on the carpet. Theo, whose usual place was in Mrs. Torres’ rocking chair, had been left on the floor over the weekend. His kind and friendly face had greeted kindergarten children every morning for years. Even the older students felt a sense of loss over the ruined kindergarten icon.

Hearing of the tragedy, the students from Bob Jeffries sixth grade class decided to take up a collection from the other students and buy a new bear for the kindergarten room, a new Theo.

When they presented the project to Jennifer Torres, she thought it a wonderful idea. Finally, something positive out of a nasty situation.

The principal met with the sixth graders and approved the project. They could visit the classrooms for a week and collect change for a new bear. By the end of the week, they had collected $43.26, all in coins.

On-line shopping hadn’t really taken off yet, so Mr. Jeffries and his wife, Laura, spent the next few weekends looking through stores for a replacement. Finally they spotted a new shipment of bears at the local Wal-Mart Store and found the perfect replacement for Theo. Laura Jeffries found some green ribbon, made an oversized bow and tied it around the bear’s neck. She added a red vest from an old doll she found in her attic. “Perfect!” Mr. Jeffries put it in a cardboard box and took it to school with the next day.

The six graders were ecstatic and couldn’t wait to deliver the bear to the kindergarteners. “Can I go? Can I go? In the end, Bob Jeffries decided that the entire class should deliver the bear. They walked over to the cafeteria and walked in, disrupting a vowel-sound lesson. For Jennifer, disruption was the norm these days and invited the class to join them on the stage.

A sixth grader, named Shawna, handed her the box. Jennifer gave Jeffries a quizzical look and then peeked inside, closed the lid and began laughing. She handed it back to Shawna and looked to her class. “I think you’re going to like this.”

Shawna pulled out the new bear to the laughter and giggles of the younger students.

“Of course,” Jennifer answered. “We’ll call him Theo,
Theo with the green bow and red vest.”

So she thanked the sixth graders and after they’d left, she passed the new Theo around until everyone had a chance to hold it. Then she placed Theo next to her desk where the children could see him.

After three long weeks, Jennifer learned that the room had passed inspection. “We’re going back to our classroom,” she announced.” So on Friday morning, she had them gather their things and lined them up outside the cafeteria. She asked Amy to carry Theo. Amy beamed.

“Are you ready?” she asked.

“Yes,” they echoed each other. Jimmy began jumping up and down. 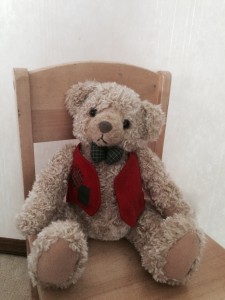 “Slow down, Jimmy.” She smiled. She felt like jumping up and down herself.

The class followed her and waited as she unlocked the room. The Ks stared in awe at the room. A new carpet and painted shelves gave the room a fresh, new feeling. A new computer and hand held computer games waited on shelves too alongside some new books. Jennifer placed the new Theo in a repainted rocking chair.

That afternoon, the kindergarteners left and headed home for the weekend. However, Sunday evening, Jennifer received a phone call from the principal.  Someone had broken into the classroom and stolen all the new equipment. The thieves had left the rocking chair but Theo was gone.

The next morning, the staff room was quiet. No one knew what to say. No one had the energy to replace Theo a third time. Jenifer Torres eventually bought a small, yellow giraffe with brown spots, but it was smaller and lacked Theo’s personality. It took another six months to replace the stolen items and the culprit was never found. The children didn’t understand.

The class talked about it, but no one had a good explanation, not even the adults.

Only sometimes life is unfair.

There are a lot of good people in this world who try to do good things, but it takes only one selfish person to steal a bear.

We live in imperfect world.