Photo above by Claudia Gestro

On May 3 of this year Marcos Maidana got his chance to challenge Floyd Mayweather, Jr. for the WBC and WBA Welterweight titles and Mayweather’s WBC Junior Middleweight title. Maidana said that if Mayweather stood in with him and went toe-to-toe, he could beat the champ. Well, Mayweather did and still beat Maidana. Last night they met again in the Garden Arena of the MGM Grand Casino Resort, in Las Vegas, NV. for a night of Mayhem.

The undercard was not the most thrilling, but then they rarely live up to the main event. The best two fights were Angulo vs. De La Rosa and Vazquez vs. Bey.

There was a lot of speculation on De La Rosa’s conditioning for the fight since he has long periods of inactivity between fights, and of course his smaller size led many to believe this would fight would go to Angulo. In fact, many said this was Angulo’s last best hope of reviving his career — win this one or hang up his boxing gloves. It looks like he’ll be at least considering it. De La Rosa hung on for a tough fight, winning every round, although some say Angulo took at least two rounds.

Miguel Vazguez lost to Mickey Bey, who is now the new IBF Lightweight Champion. There will be a rematch; Bey won in a split decision. As usual, the mental capacity of at least one judge has been called into question.

The most “entertaining” fight of the undercard had to be John Molina, Jr vs. Humberto Soto. It seemed like both fighters were aiming for low blows. You could say they were about hitting more balls than strikes. Were Molina and Soto suffering in the ring? Or maybe they just like touching each other’s privates. As David Greisman of Ring Magazine put it: “In some boxing matches fighters go toe-to-toe. In this bout they went testicle-for-testicle.”

Soto came out the winner, but there were points taken on both sides for low blows. It would have ended in disqualification if either fighter had been tagged with another call for a low punch.

The worst fight: Leo Santa Cruz vs. Manuel Roman, which was billed as the “Co-Main Event.” The question is: why was Roman even allowed in the ring? Santa Cruz won in the second round with a knockout. Hard to understand why the fight even went that long.

The Main Event though was the big draw and it lived up to the hype. The best fighters always have the crowd that loves them and the ones who hate them. Floyd Mayweather, Jr. is just like that. He’s 37 years old and unbeaten, and was reported to be earning at least 35 million whether he won or lost. This was his fight and his opponent just the supporting actor.

That’s the way the fight played out too. By most scorecards, official and unofficial, Mayweather won deciseively.

This was a different fight from the first on May 3 of this year, Maidana had some great rounds and Mayweather only won by a split decision. Many said the champ was slowing down. Others pointed to Maidana’s challenge to Mayweather to stand still and fight Maidana’s fight. After watching last night’s fight, it appeared to be that Mayweather slowed down to give Maidana more of a chance on May 3rd.

In this latest fight Mayweather returned to his own style, making use of the whole ring, leading Maidana around while landing tough blows. The champ won every round, with Maidana coming close to winning only two rounds. In the 7th round it looked like Maidana bit Mayweather on the hand. Seems funny, a fighter trying to bite his opponent through the glove.

Didn’t matter. By the time the 12th round was over it was clear that Floyd Mayweather, Jr. was the undisputed champion, winning a unanimous decision in this rematch. It is unlikely Mayweather would agree to a third fight with Maidana, if anyone were to make the request, he’s beaten the challenger twice, the second time better than the first. Floyd Mayweather, Jr. is still the undisputed champion, retaining all of his belts.

Who could Mayweather fight next? Maybe he will retire on a high note. He’s had a great career. Mayweather started as a pro in October of 1996 as a Super Featherweight, beating Roberto Apodaca with a second round knockout. Mayweather has had 46 fights since then, beating the biggest names in the sport: Oscar De La Hoya, Shane Mosely, Angel Manfredy, José Luis Castillo — twice — Mayweather has nothing left to prove.

And he’s proven his critics wrong once again: he isn’t over-rated. He is still the best fighter, pound-for-pound, in the game.

Why I did not vote for Hillary Clinton 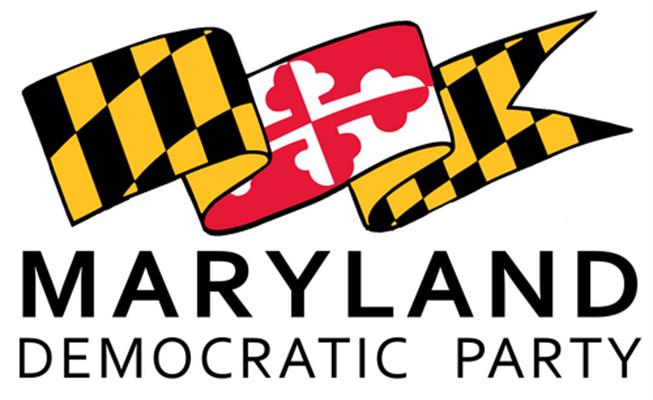 Is Maryland ready to ride the blue wave?