Once you get past the rocket’s red glare and bombs bursting in air, most people are clueless about the history of the conflict.

But for one visitor to this weekend’s Star-Spangled Spectacular, the celebration serves as one more reminder of the way the War of 1812 helped to shape her nation.

Not the United States, but rather, the nation of Canada.

“I was born in the Niagara region of Hamilton, Ontario,” said internet entrepreneur Lavinia Sharp. “I come from eight generations in Canada. United Empire Loyalists, settlers. My family is just thoroughly entrenched in being on the side of the British.”

Sharp came to Maryland last week for an all too brief vacation, and to catch up with a handful of American friends.  She extended her stay to visit with her younger brother who is stationed on board the HMCS Athabaskan.  The Athabaskan is currently in port as part of the festivities surrounding the 200th anniversary of the Battle of Baltimore and the Star Spangled Banner.

“We’ve had celebrations ongoing for a full year, maybe the last 2 years, but we definitely call it a celebration. I joke about it being the War of Southern Aggression because I’m sort of a Civil War buff, but using that terminology takes people back a little bit. Until you change the way you talk about things, you can’t think about them in a different way.”

When Sharp speaks of the war, it’s not regarding the defense of Baltimore or Andrew Jackson’s resounding victory at New Orleans, but instead about a rogue American army torching the town of Fort York (preset day Toronto) or the tide-turning Battle of Stoney Creek.

“When we think of the War of 1812, it is with a ton of pride, because we had a smaller fighting force. There was a very complicated relation with the French, so that was part and parcel as to how it would all unfold and we had to see how we would work with the Native Americans. In Upper Canada there were a lot of Cherokee, Mohawk, Mississauga and Iroquois.”

“For me it sort of comes direct from my own history in that I’m related to Laura Secord from Canadian folklore. Laura Secord’s act was the turning point in the defeat of the Americans.”

Sharp explained that when Secord’s farm was taken over by an American army, she overheard their plans. Secord escaped and, with the help of Native Americans, made her way to Stoney Creek where she told the British officer in command about the Americans’ scheme. The British launched a preemptive night attack and were able to disarm the Americans and chase them back across the Niagara river.

“So the Canadian view, I think, comes from defending what was now ours. After that, it seems like there was an agreement, whether it was stated – not stated; signed – not signed, that this side of the river was British and that side was American. You can do what you will on your side. At least, that’s the way I envision it from what I was taught.”

“It’s curious to me to talk about the War of 1812 because in Canada, it’s a defining moment. A defining war. A time of pride. It’s also something which helped us solidify – not what Canada was – because we weren’t yet a nation, but our heritage in becoming a nation; whereas here, it doesn’t seem to have as much resonance.”

Sharp said she had never considered the American view that the War of 1812 was, in a sense, a second war of independence; that a fledgling nation would stand up to the greatest sea power of its time. She also was surprised to learn that the British impressment of American sailors was one of the main issues behind the war. (An issue, by the way, which the Treaty of Ghent failed to settle.)

“It’s funny,” she said, “to think about America being a fledgling nation because we ourselves are in a sense still a fledgling nation. We didn’t get a flag until 1967 and were still having constitutional debates in 1988.”

Sharp noted with pride that the modern Canadian military, though small, is very active on the world stage. One mission, for example, has been a hugely successful counter-action in the pirate infested waters off the coast of Somalia. In other instances, Canada trains smaller nations to defend themselves.

“We stand our ground, but not in a Florida kind of way.”

“There is a statue commemorating Ft. York, which is somewhat controversial, which depicts two tin soldiers: one a dead American and the other a triumphant British. We didn’t cede anything. It’s something that we’re all taught in school. The Plains of Abraham and the War of 1812. Defining moments in the journey to become Canada. We’re still trying to figure out what that is while it seems like America had the American Revolution and out came this sort of developed country.”

Sharp paused for a moment to consider the logistics of making her way through the crowds to find her brother on the other side of the harbor.

“People don’t have celebrations when they experience defeat. But in Canada,1812 would never be termed a defeat. Even to this day, we have stories about British troops marching from Halifax down to Kingston and then from Kingston down to York. And then we kicked your butt.” 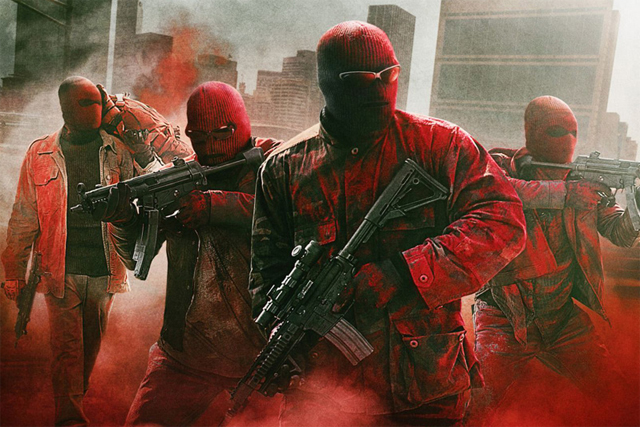 Triple 9: A shoot ’em up that misses its target 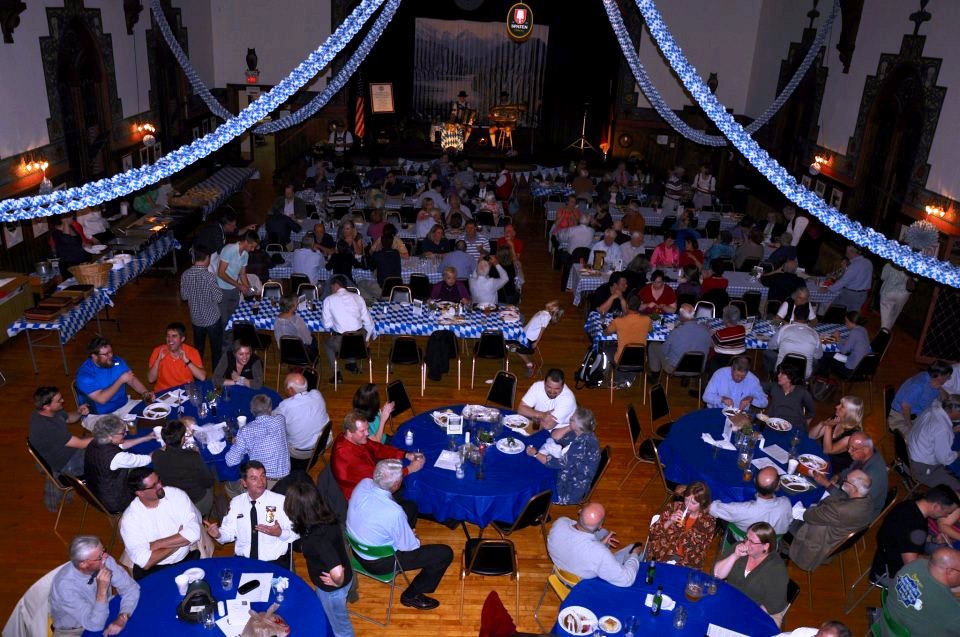