And apologies up front for the lack of humor in this one too. I swear I’ll be funny again, soon.

Two weeks ago, I wrote about being “At the Intersection of Father and Friend,” referring to my teenage boys — the idea of trying to be their buddy while still being their disciplinarian, their compass, their guidance. It wasn’t my all-time favorite column, but it had a nice beginning, a nice end, and a catchy headline. I thought it was good enough.

More to the point, I thought it was good advice, based on the way I’ve been with my boys the last year or more, since their mother and I split up. My way of thinking — and I never really fully realized or expressed this before until just now — was that in most two-parent families, there’s an agreed-upon good cop-bad cop dynamic.

If the couple is working together as a unit, it doesn’t matter who’s who, as long as the end game is in sight.

But when couples split up, and one parent has more time with the kids than the other, I think the tendency is to try and be both good cop AND bad cop … or at least, that’s the theory I’ve been trying out.

Anyway, I got a lot of “likes” on that Father/Friend column, though not everyone loved it. That very wise woman I’m lucky to know told me it was dangerous to try and be too much of a friend, and not enough of a father… and I have to admit I agreed with her and made a note to try and stay on the Father side of the street more diligently. A couple of other people mentioned that as well.

The next week, I had some other writing deadlines, and I didn’t want to force a column I wasn’t really feeling, so I took a week off. The plan was to come back this week with a bang-up column about love and romance, and the Valentine’s Day I was planning on spending with the very bright lady with the Dachshund, and all things light and sweet.

But plans, like Peyton Manning, the stock market, Shawn White, home prices and Bruce Jenner, can be a bit … unpredictable.

Here’s what life dealt me: the day before Valentine’s, the oldest of my two friends sons got called on the carpet at school for some unacceptable behavior — his second offense. Which meant a suspension and possibly worse. And it meant he was going to be home with me for a few days. And neither of us was happy about it.

For him, it meant acceptance of responsibility and culpability for the action and acknowledgement that it actually was a big deal — none of which he was really agreeable to. It also meant the loss of the door on his bedroom and all things electronic — which is to say, all things that matter to him.

For me, it meant I was now going to be babysitting a kid who has made money as a babysitter. More importantly — and here’s where the correction comes in — I was going to have to face my part in this: the friendly trust offered instead of the fatherly interrogation, the “dude” time offered instead of the “dad” time and perhaps a lacking in the necessary, if sometimes unpleasant, task of discipline.

And it also meant I had to let go of my plans to be wearing a Dachshund apron while cooking a Valentine’s dinner. No kisses for me, not Hersheys or the other kind.

After the trip to the school office to retrieve my first-born, there was a quiet ride home. The silence soon faded. When the 16-year-old started acting like … a 16-year-old, things got a little heated, testy and angry. I attempted to take Friend Street off the map and only drive on Father Boulevard. He insisted that I no longer had the license to navigate that road, because he believes he knows more than me about everything, including the school judicial system, what a 16-year-old feels, and what good parenting is.

An eventual cease fire lead to a restless Thursday night — at least for me. He apparently slept fine. As did his brother, eventually.

Friday morning started slowly. By afternoon, after a couple of conversational softballs and stand-offs, the 16-year-old fired a weapon of mass destruction: he left. Grabbed a bag of chips and ran out the door. Ran.

He’s done this before, usually with a quick retreat. I assumed he’d be gone an hour and come back. It was warm outside. He was wearing flannel. As far as I knew, he had no money. I knew for a fact he didn’t have his phone … because I did.

After two hours I assumed he was staying out until dark.

After dark, I assumed he’d be home any minute.

After another 60 minutes, I started calling his friends, most of whom I knew of, but didn’t know. I got their names and numbers from his phone. Most answered, I left messages for the others. I told them that I was worried about him, that he didn’t have his phone, and I asked them to contact me if they heard from him.

Within 60 seconds of my call, at least two of them sent texts … to him. On his phone. Which I had told them I had. High school juniors.

One of them texted ME on MY phone, and directed me not to call him anymore. I resisted the urge to engage. But when this is all over, guess who’s first off his friend list?

After about 30 minutes of these calls, apparently unrelated to my detective work, my son walked in the door. Tired, but calmer. Even apologetic.

The rest of the weekend would be more of the same. He woke up relatively calm Saturday morning and even helpful. Did some chores, had breakfast with me. Then snapped again, a couple of times, one time really badly. Then calmed down. Then, in a 180-degree reversal of a request I’ve made for a year, he picked up a book I suggested for him … and read …. and continued to read, for pretty much the next 24 hours straight, other than sleeping and eating.

Amazing what a kid will turn to when they’re unplugged, the wise woman’s voice said in my head.

By Saturday evening, his mother had come back to town to assist. I was saddened to see he was an equal opportunity dispenser of disrespect and confusion. He was periodically sweet, but also lashed out at her as cruelly and unpredictably as he had with me.

His metronome of fondness and fury was impossible to dance to. We were out of step with him, and with each other.

And then other times, he was grasping at straws to express his anger. I had no choice but to question whether, like millions of other Americans, something’s temporarily off center for him, at least right now.

I believe it could be some of each. One you have to ride out, or refuse to tolerate. And one you need to professionally evaluate and aggressively battle. All are in the game plan now.

There’s more to learn and I’ll likely keep it out of this column. But there have already been several lessons. They include:

I’m not convinced having a third child would improve your odds.

And so the new week begins with a holiday for both kids and a couple more days of time off for the older one. There will be schoolwork and doctor’s appointments, evaluations and decisions. He will soon be alone with me again.

I hope something funny happens. 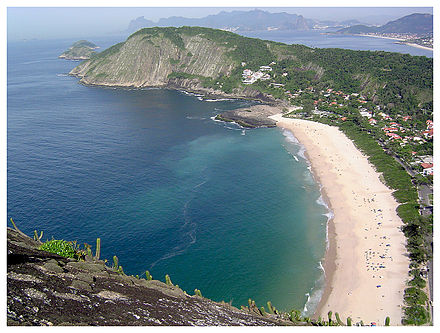