Week 2 was bad enough off the field for the NFL, with Ray Rice and Adrian Peterson dealing with serious legal issues. Once the action resumed this weekend, however, it seemed like a significant player was injured in almost every game. Finding a replacement for fantasy can often be difficult if you don’t already have a viable backup plan.

RG III may be finished for the season after dislocating his ankle in a non-contact play. Washington is optimistic their franchise quarterback may return at some point, but it appears those who were hoping for a bounce-back year from the former Rookie of the Year, will now have to look elsewhere.

Cousins has consistently looked impressive when filling in for Griffin III. The former Michigan State quarterback will have an extended time period to showcase what he can do, and with a myriad of weapons at his disposal including Pierre Garçon, DeSean Jackson, and Jordan Reed, he should be a serviceable fantasy QB for as long as he remains in the lineup.

Green suited up but did not play in Week 2, leaving owners helpless to receive zero points from one of their best players. It appears that Green won’t miss much time, but could be out for another week or two.

Quick has caught seven passes in each of the first two weeks for an average of 86.5 yards per game. Despite having a poor quarterback situation, Quick is clearly the receiver to own on the Rams, especially with Tavon Austin leaving Sunday’s game with an injury.

Charles has been a complete bust in the first two weeks of 2014. After managing just 19 yards on seven carries in Week 1, Charles left Sunday’s contest against Denver with an ankle injury. X-rays were negative on Charles, so hopefully he won’t miss much time.

Davis filled in more than admirably for Charles in Week 2. The second-year running back had 22 carries for 79 yards and two touchdowns, adding six catches for 26 yards. If Charles is out for an extended period of time, Davis is a clear replacement.

Davis left Sunday night’s matchup against Chicago after injuring his ankle. He was seen on crutches in the locker room after the game, so he may miss some time.

Finding a free agent Tight End is difficult and mostly revolves around touchdowns, not yards. Daniels caught two scores for the Ravens last week, and could continue to be a significant redzone target.

After an unimpressive preseason, Moreno came flying out of the gate in Week 1 with 24 carries for 134 yards and a touchdown. After taking a hard hit to his elbow and dislocating it in Week 2, it appears the former Bronco will miss around a month of action.

Miller left Sunday’s game as well, but should return in Week 3. Miller and Moreno were both set to make contributions in the Miami running game this season, and the bulk of the carries will now go to Miller.

Decker left Sunday’s game against the Packers with a hamstring injury and did not return. New York’s big offseason acquisition is set to undergo a MRI to determine the severity of his injury.

Despite the Raiders looking like one of the worst teams in the NFL, Jones has performed well in his first season with the team. On Sunday Jones tallied nine catches for 112 yards and touchdown. He’s available in most leagues and is worth picking up to see if he can continue this trend.

Jackson suffered an injury to the AC joint in his shoulder shortly after his quarterback, RG III, was injured. He was diagnosed with a sprain and is listed as day-to-day so he may return sooner than later.

With Josh Gordon still suspended, Hawkins has emerged as the Browns’ number one target. The former Bengal has 14 catches for 157 yards over the first two weeks of the season.

The Chargers’ main running back in their “three-headed monster” rushing attack was carted off the field during Sunday’s win against the Seahawks. Early reports indicate Mathews suffered a MCL injury in his knee and could be on the shelf for four to five weeks.

Rainey filled in for Doug Martin this week and compiled 144 yards on 22 carries. Martin could miss more time, but regardless Rainey has earned a bigger role in this offense. 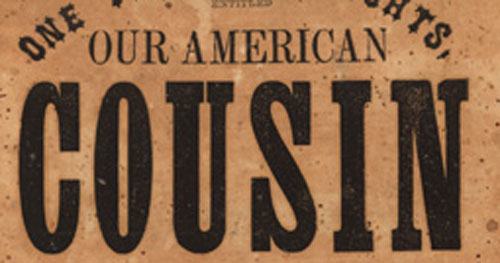 Uber admits ripping off NYC drivers by shortchanging their pay