The National Football League’s carefully cultivated image as the keepers of Sunday’s heroes has been badly tarnished this week. Outrage grows in the wake of the NFL’s handling of the Ray Rice domestic abuse incident. After years of denying that football players have suffered brain injury as a direct result of concussions, the NFL has admitted that one in three players will experience significant brain injury from playing football. And one of the league’s premier running backs, Adrian Peterson, has been accused of child abuse.

In July, the initial tepid response of a two game punishment for Rice’s beating of  Janay Parker, the NFL demonstrated a disturbing tolerance of violence towards women. The excuse given for the minor punishment, however, was that the league did not have enough information to do more, and, appallingly, that that the victim was partly to blame.

But then came the revelation that the NFL, from their interviews of Rice, knew precisely the ferocity of the attack that occurred in the casino elevator. Most recently it has been alleged that in the NFL not only had knowledge of the severity of the incident but had access to video that shows the entire brutal beating of Parker. Nonetheless the NFL failed to discipline Rice more significantly — until the video went viral and infuriated the public.

Similarly for many years NFL claimed ignorance about the long-term effects of concussions on its players. It wasn’t until Congress demanded an investigation and several independent scientific groups proved the severe and lasting damage concussions have on players, that the NFL slowly refined its position.

Lawsuits were filed on behalf of affected football players and in 2013, the league settled with them for 765 million dollars without ever admitting liability.

This week, in materials prepared by the NFL for the court presiding over the league’s settlement with brain injured players, the NFL finally conceded what has long been alleged: that one in three NFL players will suffer from long-term cognitive problems and that the devastating difficulties will happen earlier than in the general population. It only took about 20 years for the truth to come out.

What would make the NFL so reluctant to respond fairly to player health problems or to punish players who so obviously act outside of an acceptable code of conduct?

The multimillion dollar investment it has in players, the teams, in advertising revenue and in the NFL’s carefully constructed image plays a role; a prodigious playmaker sitting out games cost teams money. The carefully crafted personas of top athletes — as heroes, as people to be emulated, as hard workers, as achievers of every childhood dream to become an professional athlete — is a critical component of the NFL publicity machine. Penalizing bad behavior would debase the glossy aura perpetuated by professional sports leagues; brushing a player problem under the rug or minimizing it, permits the façade to continue.

Otherwise, fans might not tune in for Monday Night Football, buy millions of dollars of NFL merchandise or attend games in droves. It sounds cynical, but ultimately the NFL is in the business of preserving the fantasy of football as a pristine, idolized piece of American culture — a wife beater or a brain damaged former player simply does not fit that image.

Football fans, to some degree, are complicit in the NFL’s disingenuity. When Rice arrived at Baltimore’s stadium after his two game suspension, he was greeted by the Raven faithful with a standing ovation. While watching a football game, fans are all too willing to cheer on vicious hits or admire the toughness of a guy who gets up after being pummeled, marveling  at his ability to “have his bell rung.” By placing an inordinate amount of importance on superior athletic ability without regard for character or truth, fans have de facto given the league permission to try to pull the wool over their eyes.

Ultimately, the NFL only appears willing to address serious problems head on in the face of irrefutable proof and only when public indignation threatens to undermine its All American image. In the wake of the Rice situation and the concussion admission, the NFL has no choice but to be more forthcoming and rigorous in its review of problems. Unfortunately for Adrian Peterson, he is likely to be the posterboy for a new and more transparent discipline protocol by the NFL. Dealing with him any other way would just be bad for business. 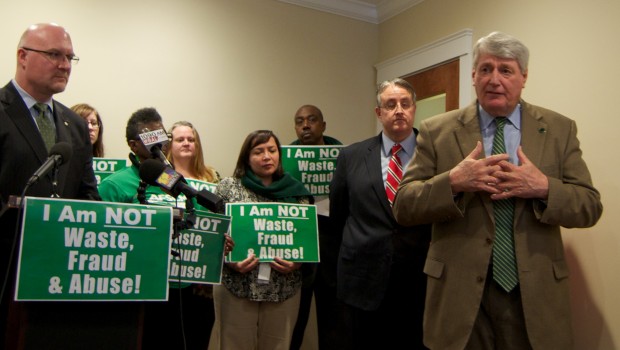 Secrets of the Santa Claus Papers